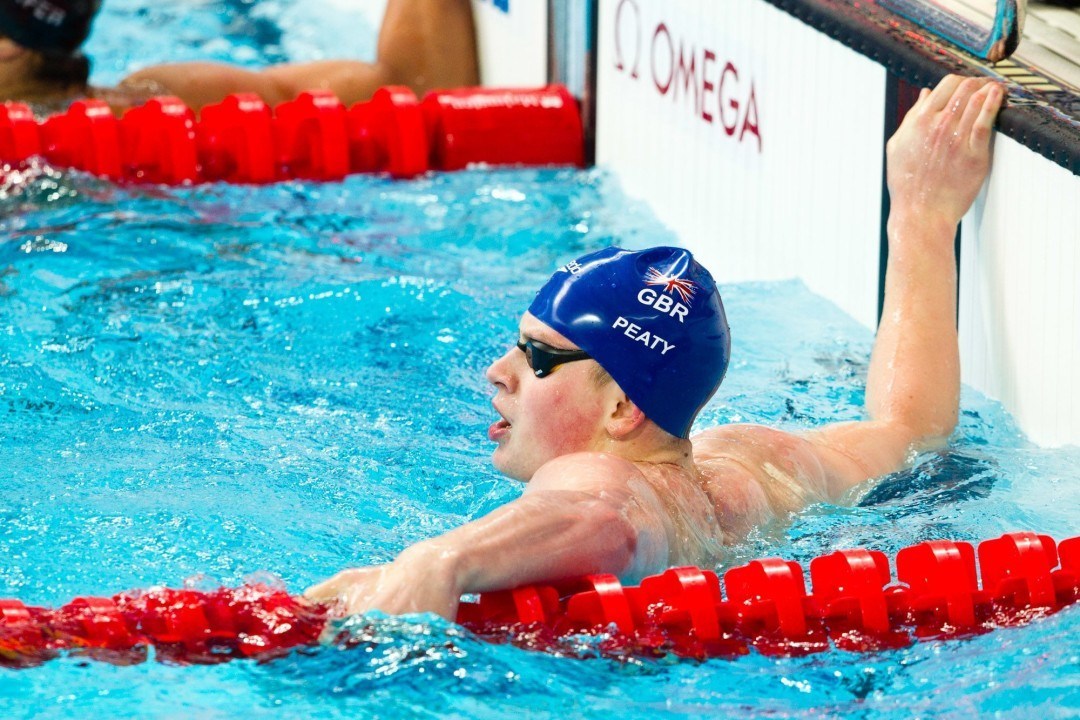 Over 900 athletes are expected to compete at the last major aquatics event prior to the Rio 2016 Olympic Games and Siobhan-Marie O’Connor is excited at the prospect of completing her own personal first. Archive photo via Tim Binning/TheSwimPictures.com

The London 2016 LEN European Aquatics Championships will feature two historic firsts following the official release of the competition schedule – and Britain’s 2015 world medallists are relishing the chance to star on home soil.

With less than nine months to go until the London Aquatics Centre at the Queen Elizabeth Olympic Park opens its doors to the continent’s finest, the schedule for the synchronised swimming, diving and swimming events has been confirmed and is available now here euroaquatics2016.london/elite-schedule

The Championships will run for two weeks from the 9th-22nd May 2016 with synchronised swimming and diving taking place during the first week and both schedules featuring official mixed gender competitions for the first time.

There will also be four combined synchronised swimming and diving morning sessions at London 2016, which represents another first for a LEN European Aquatics Championships.

The diving will conclude with the men’s 10m platform final on May 15, an event in which Britain’s Tom Daley won bronze at the 2015 FINA World Aquatics Championships in Kazan earlier this month.

Swimming will take place during the second and final week with the second night on May 17 featuring the men’s 100m breaststroke final, an event in which Britain’s Adam Peaty is the defending champion, the world champion and world record holder.

Britain claimed record World Championship medal hauls of four and nine in diving and swimming respectively in Russia while Europe collected 81 across the three London 2016 disciplines for a feat that had never been achieved before.

Over 900 athletes are expected to compete at the last major aquatics event prior to the Rio 2016 Olympic Games and Siobhan-Marie O’Connor, who helped Britain claim world gold in the 4x100m mixed medley relay and took bronze individually in the 200m medley in Kazan, is excited at the prospect of completing her own personal first.

“The World Championships in Kazan were great for me and the team, I was so happy to come away with my first world medals. I love racing at the big events and can’t wait for the European Championships next year,” she said.

“Now that the worlds have passed and the schedule for the European Championships is out, the road to the Rio 2016 Olympic Games is starting to take shape. To be able to swim in front of a home crowd in London, just a few months before the Games, will be great preparation.

“I’ve competed at every major long course senior international apart from the Europeans, so it would be really exciting to make my European debut on home soil. I always look forward to competing at the London Aquatics Centre, it’s a great venue and I have some great memories from London 2012.”

The London 2016 LEN European Aquatics Championships will be delivered in partnership with British Swimming, London & Partners, LLDC and the Mayor of London and is part of UK Sport’s National Lottery backed  #EveryRoadtoRio campaign, helping Britain’s athletes prepare for the Rio Olympic and Paralympic Games.

British diver Jack Laugher has enjoyed a remarkable 2015, finishing the World Series campaign as the overall champion in the 3m springboard and claiming two historic bronze medals at the World Championships in Kazan.

Laugher’s bronzes in the 3m springboard and 3m synchro, the latter with Chris Mears and which also secured Britain’s first diving quota place for Rio 2016, were GB firsts at a World Championships and he expects a tough battle in London.

“This year has been amazing for me and has just built on what I achieved in 2014. To win double bronze at the World Championships and be part of such a successful British team was a perfect way to cap my 2015 season,” he said.

“The European Championships will be an important event for me and it would be great to compete in front of the home crowd again. Chris and I won silver at the World Series leg in May and I would love to get back on to the boards in London again.

“I have competed at two European Championships before but I have a feeling London will feel a little bit different to those – especially with the Olympics around the corner.

“The 3m springboard is an extremely tough event in Europe with the Olympic Champion Ilya Zakharov and three-time European champion Patrick Hausding in the mix I’m sure it will make for an exciting final in London.”

Tickets for the first LEN European Aquatics Championships to be held in the UK since 1993 will be going on sale in September while the registration window to secure priority access to tickets via euroaquatics2016.london/register will be closing shortly.

And British synchronised swimmer Jodie Cowie, who has appeared at European Championships and World Championships since 2013, as well as the inaugural European Games earlier this summer, can’t wait for May 2016.

“Competing at the European Games in Baku and the World Championships in Kazan has given me the appetite for the big events and I expect the European Championships in London will put on a great show. I would love to compete at the London Aquatics Centre for the first time and I will work really hard to try and get there,” she said.

“Synchronised swimming in Europe is so strong at the moment and it will be great to share the pool with some of the best in the world once again. It would also be a great opportunity for friends and family to watch me compete and what better venue than the London Aquatics Centre.”