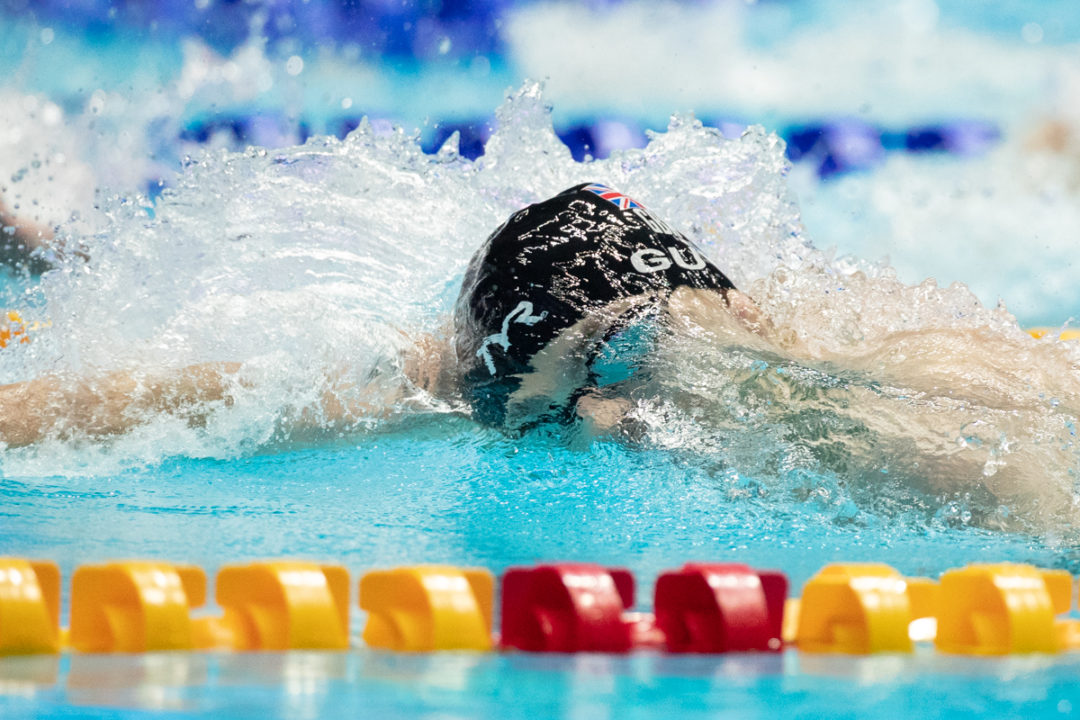 While competing on night 1 in Lausanne, James Guy of Great Britain came within .22 of the 200m fly time he put up for bronze in Glasgow. Archive photo via “Rafael/Domeyko Photography”

The 2019 Swim Cup Lausanne kicked off tonight in the Swiss city, however, the big swims on day 1 came from foreign swimmers.

Lithuanian national record holder and two-time gold medalist at the just-concluded European Short Course Championships Danas Rapsys started the session with a huge win the 400m free. Rapsys touched in 3:38.94 to capture the only time of the final under the 4:00 mark. For his efforts, he now owns the meet record, overtaking the previous standard of 3:45.11 put on the books by Swiss swimmer Nils Liess in 2017.

Polish swimmer Alicja Tchorz did damage across multiple events, including the 50m fly where she topped the podium in 26.32. That edged out Belgian swimmer Kimberly Buys by just .03, with the pair representing the only swimmers to delve into sub-27 second territory.

The men’s 50m fly saw the ageless Brazilian Nicholas Santos rock a meet record swim both in the morning and in the evening. The 39-year-old World Championships bronze medalist in the event first clocked a time of 22.81 in the morning to overtake Ukrainian Andrii Govorov‘s meet mark of 22.88 from 2 years ago.

In tonight’s final, Santos got even more serious, registering a time of 22.32 to hack almost another second off of that AM swim. Govorov finished with the silver tonight in 23.51.

Belgian Olympic silver medalist Pieter Timmers rocked a winning 100m free time of 47.04. That’s much quicker than the 47.39 he logged in Glasgow to finish 13th and out of the final.

Bronze medalist in the 200m fly in Glasgow James Guy came within .22 of his time at those European Short Course Championships with a 1:51.95 decisive 2fly victory tonight.

James guy getting more consistent swims in , looks good for 2020