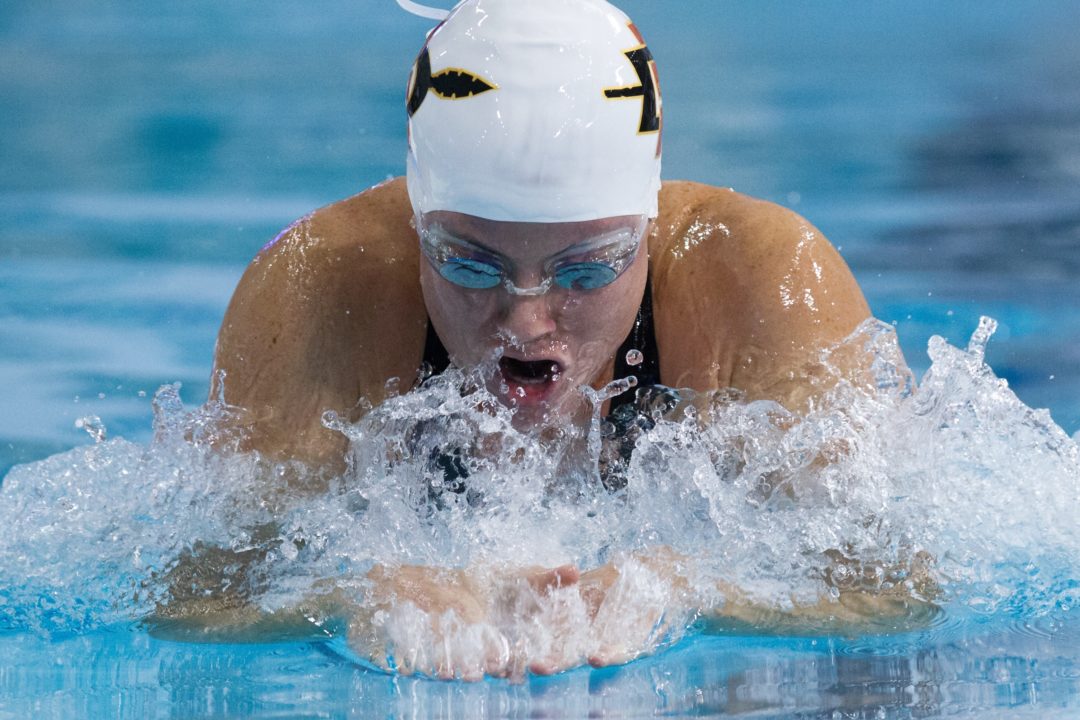 Katelyn Weddle and the Aztecs were favored to win the conference in a pre-season coaches' poll. (Photo Courtesy: ©Tim Binning/TheSwimPictures.com)

Though the  defending Mountain West Conference champion Boise St. Broncos received more first-place votes, the women of San Diego St. are predicted to upend the conference for the title according to the results of the 2012-2013 pre-season poll.

The Aztecs are lead by senior breaststroker Katelyn Weddle, who is the defending conference champion in the 100 breaststroke: the team’s only conference title in swimming last season (they earned one on the platform as well from Kristen Meier, but she has since graduated).

What the Aztecs may lack in top-heaviness, though, they make up for in depth. Boise State only won the MWC by 5 points last season, despite the Broncos taking 10 swimming titles. This year, Boise State has graduated All-Americans Stephanie North and Amber Boucher, which would seem to make up more than 5 points of difference.

The Broncos’ cupboard is far from bare, though. They are really excited in Idaho about sophomore Sydney Johanssen, and rightfully so. Johanssen went from just a very average high school swimmer as a sophomore (think 27’s in her 50 free) to a bona-fied mid-major star during her first year in college. She was the MWC Champion in the 200 IM, and is third in the history of the conference in the 100 breaststroke.

The MWC gave their new friends a bit of a rude welcome in the poll; Fresno St. and Nevada were picked to finish 7th and 8th, out of 9 teams, in their inaugural seasons in the MWC.