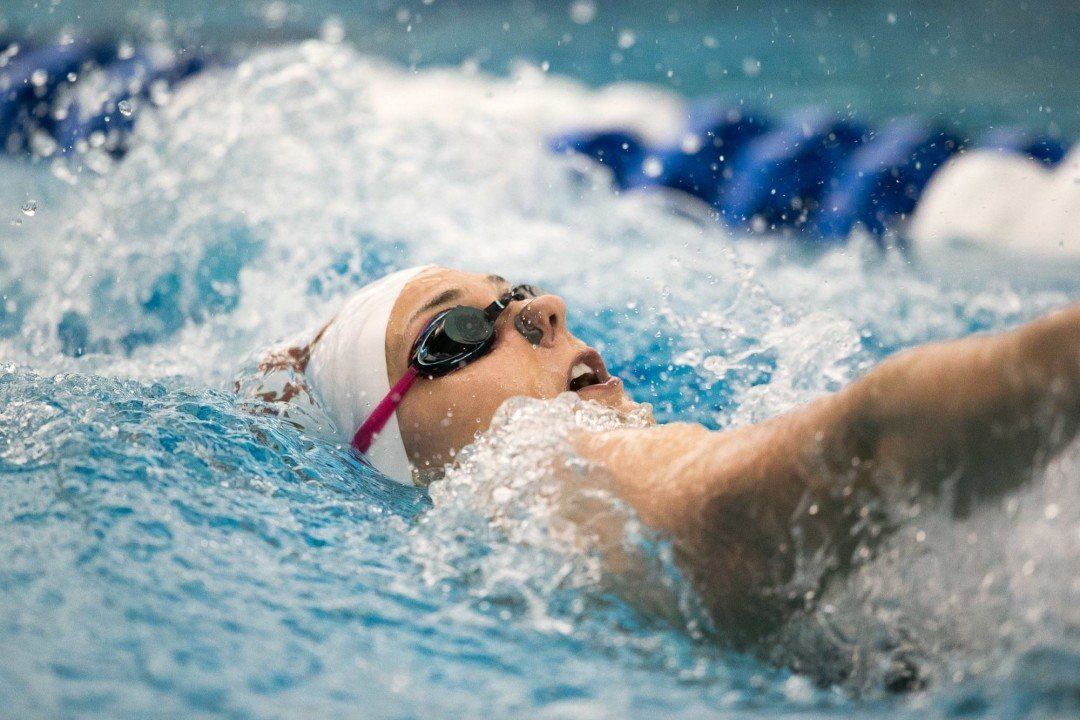 Denver ended up finishing in 28th overall based solely on points scored by Corea. Corea was able to create 33 points for her team which put them into the top 30 for the overall rankings. Current photo via Tim Binning/TheSwimPictures.com

Sam Corea of Denver has been on fire all met having the best showing at the NCAAs in the history of Denver swimming. Earlier in the meet, Corea split the second fastest 100 fly split on the 400 medley relay and then grabbed a silver in the individual 100 fly the day after.

On the final day of competition Corea set herself up well for finals. She took the third seed overall heading into the 200 back finals with a time of 1:50.56. She was just tenths off Missy Franklin and Elizabeth Pelton who took the first and second seeds respectively.

In finals, Corea was very competitive. On the first 50 she turned in eighth, and stayed that way through the first 100 yards. She picked up her pace significantly in the back-half of her swim. By the 150 she turned in fourth to be in the middle of the pack. On the last 50, she let fly a 27.87 which happened to be the second fastest last 50 besides Franklin.

At the touch, she was third in 1:50.87 finishing behind Courtney Bartholomew and winner Franklin.

The time was significant in the fact that she was able to medal for the second time, and it was also a school record. The previous record was a 1:52.68 held by Corea from a swim she did back in 2014. Her prelim time took over two seconds off that mark.

The time also ranked her as the 12th fastest performer in the event of all time.

Denver ended up finishing in 28th overall based solely on points scored by Corea. Corea was able to create 33 points for her team which put them into the top 30 for the overall rankings.