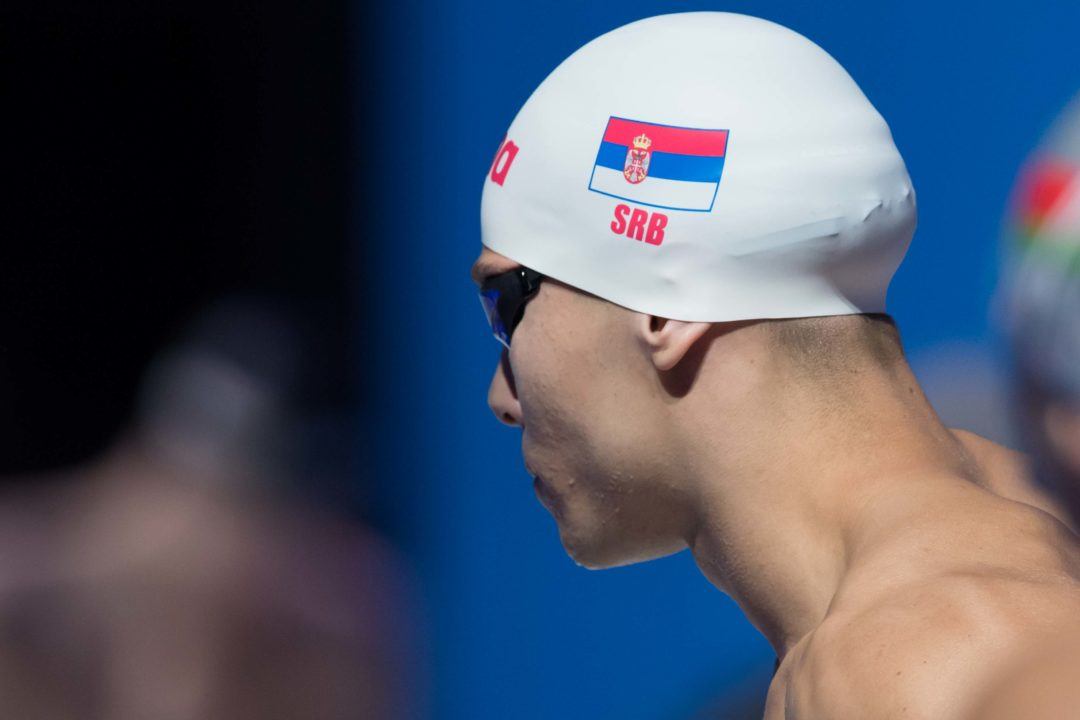 On night 2 of the 2019 Hungarian National Championships, Sebastian Sabo fired off a new world #1 time in the men’s 50m butterfly. After claiming the top seed of the morning in a time of 23.93, the 23-year-old dropped nearly a second to crush a gold medal-garnering effort of 22.99 tonight.

For perspective, Serbian Sabo’s outing was faster the previous Hungarian NR mark of 23.06 set by Olympic icon Laszlo Cseh back at the 2015 World Championships. With Sabo’s sub-23 second performance, he now checks-in as the 20th fastest performer of all-time in the event, but #1 in the world rankings for this season thus far.

Sabo has history in this event, competing at the 2017 World Championships in his home nation, finishing 13th. Later that year, Sabo took bronze at the Short Course European Championships.

In tonight’s race, Sabo denied Cseh the gold, with the Olympic medalist coming out with the silver in a time of 23.47, the 33-year-old’s fastest of the season. Taking bronze was Kristian Takacs, who finished in 23.80.

23.66 was what was needed to fly by the FINA A cut for this year’s World Championships, so both Sabo and Cseh made the cut.

Cseh was also in the water contesting the men’s 200m IM, where he captured his first gold and national title of this year’s Championships. Cseh produced one of two sub-2:00 times of the field, stopping the clock in 1:59.34 to Peter Bernek‘s 1:59.58. David Verraszto also stood on the podium in 2:00.24.

The times check-in as the swimmers’ fastest this season, but are well off the world leaders of Daiya Seto of Japan and Wang Shun of China, both of whom have notched 1:56 range times. But, 2:00.22 is all that was needed to clear the FINA A cut and qualify for this summer’s World Championships.

Hosszu did get to stand on top of the podium, however, as the IM queen did her thing to capture gold in the 200m sprint. Clocking 2:10.05, Hosszu kept Zsuzsanna Jakabos at bay, with the Olympic teammate settling for silver in 2:12.75. Reka Gyorgy took bronze in 2:13.81.

As mentioned in our prelims recap, Hosszu already leads the entire world with the mighty 2:08.55 she threw down just last week in Marseille, but tonight’s swim was admirable in light of the veteran settling for bronze in the 200m fly event last night.

Hosszu’s 3rd swim of the evening came in the 400m free, where she took another medal, but this time the bronze. Leading the pack from start to finish in the furious race was Ajna Kesely, the 17-year-old who continues to make waves virtually every time she swims.

Entering these championships, Kesely sat as the 5th fastest swimmer in the world with her mighty 4:07.14 that won gold in Buenos Aires last year at the Youth Olympic Games. Flash forward to tonight, however, and the Hungarian busted out a lifetime best time of 4:05.12 en route to beating not only Hosszu, but also 800m free bronze medalist from Rio Boglarka Kapas.

Kristof didn’t need it, he has been already in the team for worlds in 400. Bernek doesn’t swim 400 free this year, only IMs and backs. The relays will be important for them in freestyle.

No discussion on the performance of Katinka Hosszu at National Championships? I’m surprised by you. Loretta was more generous mentioning her name 9 times in this small article.
I hate when people change their heart. Or she isn’t a Hungarian anymore?

If you wanted to read her name ten times more, I can write it 🙂

Never understood why frustrated keyboard warriors don’t follow some more suitable sports for them. Can’t you team up with some soccer fans for everyone’s sake in here?

Please, stay away of it. It is internal teasing between Mr. Karabas Barabbas and some “pedantic foolish” person.

Barnabas, but never mind, otherwise anybody could write anything to any topic, just as you and me.