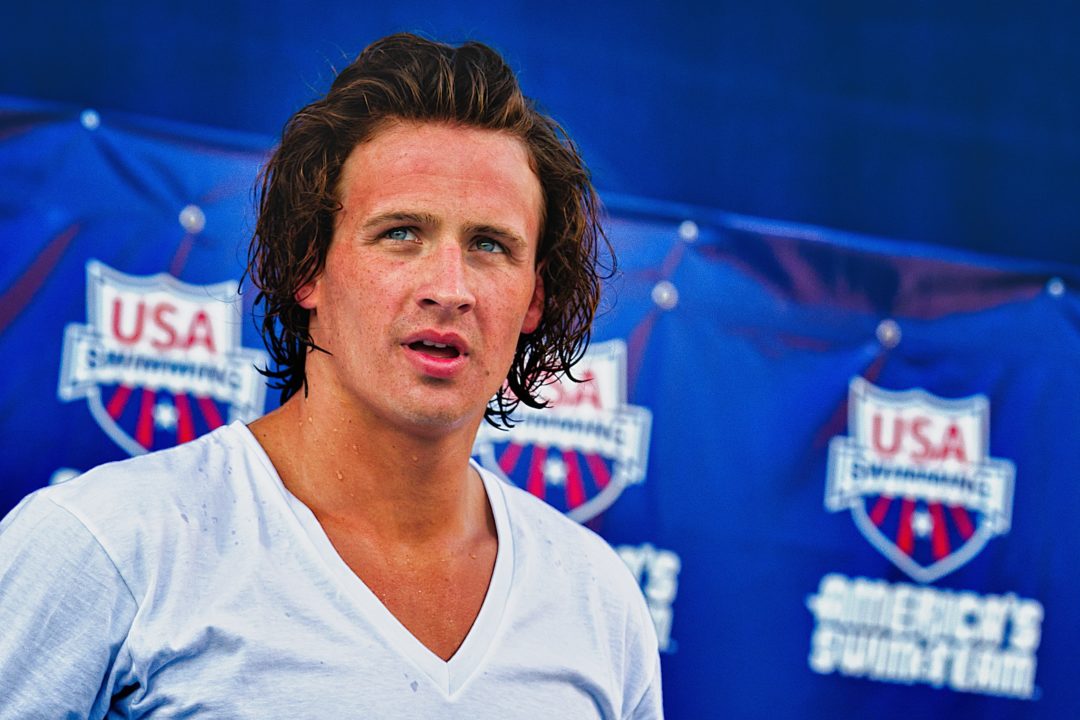 Ryan Lochte‘s come a long way since NBC produced those goofy profiles back in 2008. The 2009, ’10 & “11 Swimmer of the Year is finally getting the mainstream media he deserves.

Congrats to Erika Wright and Shawn Zenga, Lochte’s behind the scenes team, for making this happen.

Lochte, who was with Octagon (and Michael Phelps‘ manager), left the sports gaint in marketing and representation to go with a smaller team with a strong music and entertainment background.  This move has clearly been the right choice.

Lochte, depicted by the media as an athletic-slacker type, is far savvier than he’s given credit for. Moreover, Lochte knows that hard work in the pool is the best and only investment for longterm success. According to inside sources, Lochte has not missed a workout this year despite the immense media interest and his brutal endorsement contract schedule.

While many analysts predict a dramatic downturn in sponsorship dollars and media attention for the sport of swimming with Phelps’ retirement after the London Olympic Games, it appears Lochte, who is not retiring, can and will fill the role of  swimming’s global ambassador, leading the sport on to continued success.

The photo-shoot looked incredible. What a great way to honor these dedicated athletes. The line that I love from the video is Lochte saying “just have fun.” What an under-emphasized phrase in athletics from the youth to the elite level. Perhaps it is quotes like these that cast Lochte as the “Jeff Spocoli” character/ “athlete – slacker type.” I hope that narrative changes as the public gets to know him a little better over the coming months. It doesn’t have to be hard work or fun. Your best bet for long term success is to have both. Lochte is working his tail off and shows no signs of burn out. You just have to love this guy’s attitude.

@ NDB : u said what i have been thinking for months about Ryan Lochte ! He is such a laid back , simple , joyfull humble athlete . In the same time , he has acheived immense success in his sport for the past 3 years now . Very cool photo shoot , nothing fancy and fresh ! well done Vogue ! Swimming recognition enters his Golden age . Thanks a lot to the Swim Swam team to inform us , rejoy us with so many depth in the swimming world . Us team in London will be on top game .