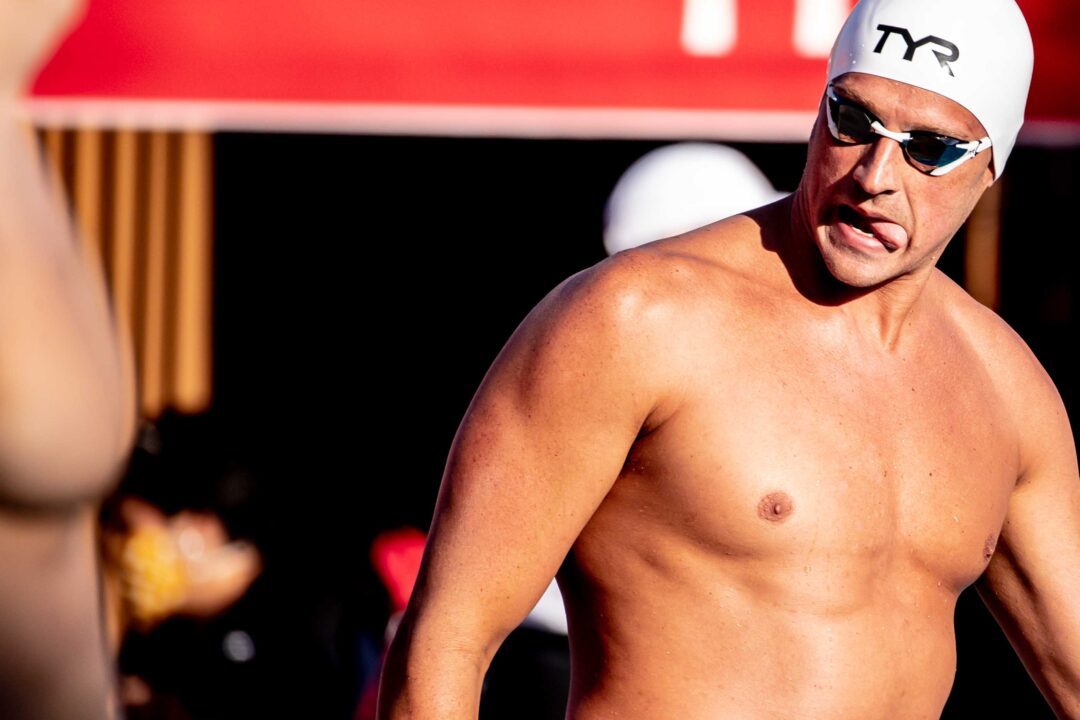 Lochte's six-event lineup in Omaha will include the 400 IM, where he'll be the oldest swimmer in the event by nine years. Archive photo via Jack Spitser/Spitser Photography

12-time Olympic medalist Ryan Lochte is gearing up for his fifth consecutive U.S. Olympic Trials appearance, aiming to qualify for a fifth Olympic team at the age of 36.

Lochte has entered in six events for the Trials, led by his pet event, the 200 IM, where he’s the world record holder, four-time world champion and owns three Olympic medals. That event is notably the only individual event in which Lochte qualified for the 2016 Olympic team in.

The University of Florida alum has also entered the 400 IM, which, while it’s certainly a daunting task given he’s closer to 40 than 30 (Lochte will be the oldest swimmer in the field by nine years), he’s bullish on the training he’s done with coach Gregg Troy and his natural talent certainly gives him a chance, if the endurance can hold up.

Lochte’s also in the 200 free, where he’ll look to make his way onto a fifth straight 800 free relay team at the Olympics, having won gold at the past four Games.

One thing that sticks out about the 200 free in particular is that Lochte is seeded 53rd out of 61 swimmers, meaning he’ll likely find himself in Heat 2 and won’t be able to pace off of the other swimmers in his heat if he hopes to qualify for the semis.

While some fans may have had reservations on whether or not Lochte would actually go for the 400 IM this year, those three entries were all pretty predictable. But, he’s added three others to keep us guessing: 100 back, 200 back and 100 fly.

In 2016, Lochte initially entered six events as well, swapping this year’s 100 back for the 100 free, and ended up racing five of them – though he scratched the 100 free and 100 fly after the heats.

The 200 back, the only event he scratched at the Trials five years ago, was the first event in which Lochte won individual Olympic gold, doing so at the 2008 Games in Beijing. However, it hasn’t been a fixture on his competitive schedule since winning a third world title in the event in 2013.

The other two events have commonly been on Lochte’s entries in the past but he’s rarely taken them on fully. Lochte was a finalist in the 100 fly at the 2013 World Championships, but dropped the race after the prelims at the 2016 Trials., with the event’s semi-finals come shortly after the 200 IM final.

Well…I’m not exactly sure what to say here

Tough to predict what will happen with Ryan , specially on a come back loop like this one

Entered doesn’t mean much if you swim for Troy! Let’s wait and see

Jeah, he’s not swimming all these events and has over entered for years with or without Troy.

The beatings will continue until morale improves!

The tennis big 3, golfers, and sprinters are welcome to swim the 400 IM if they want as long as there are lifeguards present

Yeah, I don’t see Ryan pulling a Pablo Morales with the 400 IM, though thatd be cool

The piano has entered the chat

where is Mr Piano this year ?

Safe to say that just because he’s entered doesn’t mean he’s swimming all of them. 200IM and 200 free are the main ones he’s probably looking at. 400IM at his age may wreck him for a good portion of the meet if he swims heats and finals

Oof, save the schedule for Masters Nationals next year.