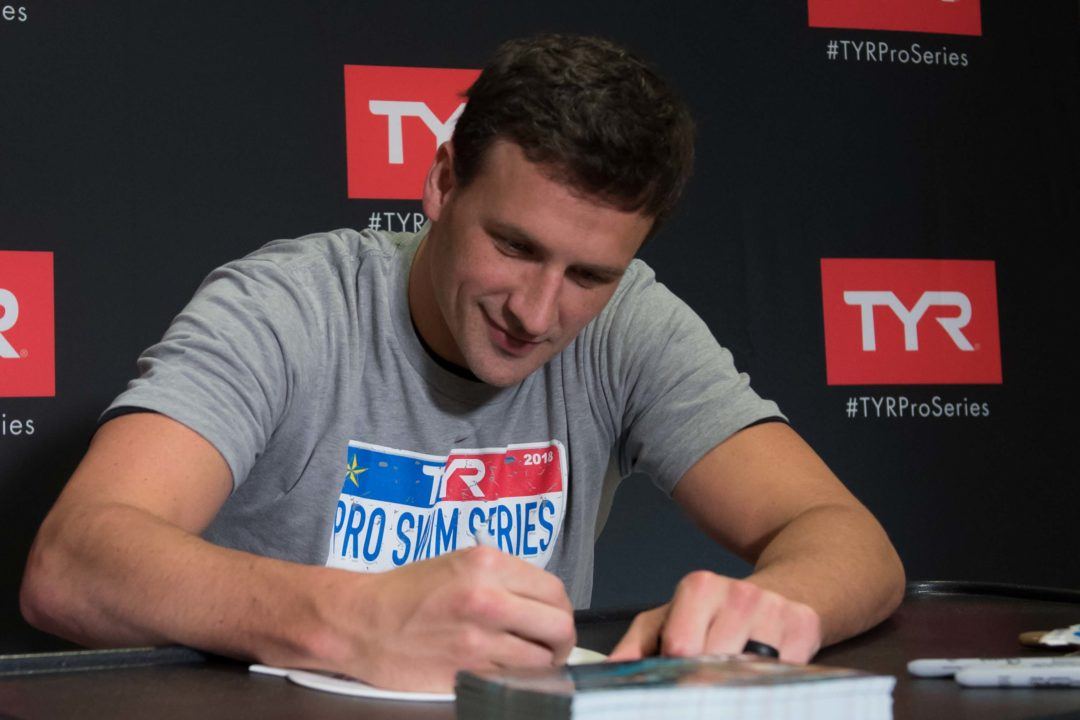 Ryan Lochte, a 12-time Olympic medalist, and most recently a contestant on season 2 of Celebrity Big Brother, was shown in last night’s flashback episode opening up to the contestants about his highly controversial incident at a gas station in Rio during the 2016 Olympics. It started sitting on couches around a fire, when another contestant asked Lochte why he wanted to do the show. Lochte replied “I want people to see the real me… and not just the headlines.” He then alluded to his incident in Rio, and a few of the contestants seemed to not have known about it, and asked him what happened.

**For those of you who may not know about the ‘Rio Gas Station Incident’, here are a couple links to our coverage of the incident and its fallout, and a short summary of the events underneath:

Short Summary: Lochte and 3 other swimmers, Jack Conger, Gunnar Bentz, and Jimmy Feigen, had gone out partying after swimming was over at the 2016 Rio Olympics. An incident then ensued at a local gas station, wherein the armed gas station owners accused the swimmers of vandalizing the store, and Lochte later told authorities they had been robbed at gun point. Lochte then admitted he “over-exaggerated” the story, and was put on trial for falsely claiming a crime. Lochte ultimately accepted a plea deal and was cleared of wrongdoing, but did get handed a 10-month suspension from USA Swimming, and lost multiple sponsorship deals, including Speedo, in the process.**

Lochte gave his account of the events and opened up in a pretty emotional way after being asked what had happened in Rio by Dina Lohan. Lochte began by saying the things were familiar with at this point, that he and some swimmers went out and got “hammered”, that he unintenionally broke a sign at the gas station, and that the owners came out with guns. Lochte then went on to say “They blamed us because I fabricated the story,” further explaining that “I said the gun was pointed at my head, but it was, like, from me to you (pointing at Dina, who was on the couch across from him). But when I told the story, I was still, like, REALLY drunk.”

Lochte then called post-Rio “the hardest time of my life,” because “I went from everyone loved me, and I was on top of the world, an then I was one of the most hated people.” But then Lochte stated, while beginning to tear up, that “worst part’ for him was having young swimmers tell him they no longer look up to him. He said, “I’m a role model for these kids, and when I get messages saying ‘You should die,’ and ‘I thought you were my role model; you’re not anymore,’ that is what really got me.”

Last Fall, Lochte’s lawyer announced Lochte was seeking treatment for alcohol addiction, and at least on CBB, Lochte never appeared to have been shown drinking alcohol with the other contestants.

Everyone but R.L. seems to have moved on from this particular ‘moment’ in Rio 2016.
His insistence on ‘telling the tale’ one more time is worse than old news; it’s simply bathetic.
. . . .and going on about being a ‘role model’ just reeks of self-pity. STOP!

I think he came off great on the show and I’m happy he did this. He needed to do something positive in the public eye after Rio and his recent suspension. Do you know how many little kids that show up at meets to get his autograph? How could he not try to do the right thing and want to be a role model when he sees the impact he has on people. Regardless if you have moved on or other swim fans have moved on, when you mention Ryan Lochte to the average person I think most people know him from the news in Rio and not much else. He got filmed all day on big brother and to… Read more »

I mean, it was a pretty big deal for him. And he was asked about it?

I think you are bathetic, sir.

As u never had his success nor the Rio Incident to your C.V , how would u know how it feels ?

U got that one for free ….dont worry , it shall pass . LOL

Look I’m not the biggest Lochte advocate. Just never really saw a great side of him. What happened in rio was dumb and irresponsible. What he did after was even dumber. But when you are in headlines that big for something like that you will never live it down. He will live with this for the rest of his life. And if he is truly sorry for what he did and thinks about it this much then he is torn up about it all the time and that’s the worst punishment you can get. What’s done is done and over. How people reacted to this when it happened crossed a line. Just let it go people. Lochte isn’t the brightest… Read more »