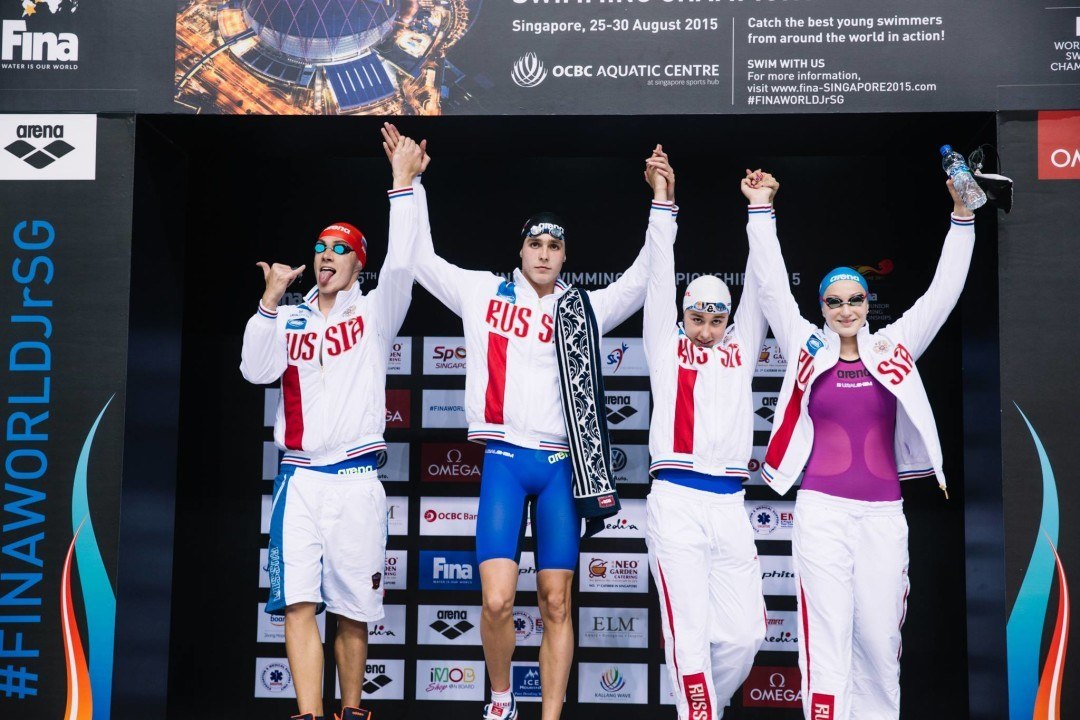 The Russians have shown great strength in the relays in Singapore, capping it off with a new junior world record from the women's 4x100m medley team Current photo via Adrian Seetho

In the final event of the meet, the Russian women put forth a dominant performance in the 400 medley relay, breaking the junior world record and the championship record in the process.

The team consisting of Irina Prikhodko, Mariia Astashkina, Polina Egorova and Mariia Kameneva combined for a time of 4:01.05, well under Russia’s own junior world record (4:03.22) and meet championship record (4:04.48). Both Astashkina (breastroke) and Kameneva (freestyle) posted the fastest legs in their respective strokes, giving the Russians the edge. The previous junior world record was set at the European Games earlier this summer, while the championship record was set at the Dubai championships in 2013. Astashkina and Egorova were both part of the team from the European Games.

Australia finished 2nd in 4:02.42, with an amazing lead off leg from Minna Atherton in 59.61, giving them over a second advantage over their closest competition. Japan finished 3rd in 4:03.10, with 100m fly champion Rikako Ikee posting the fastest fly leg in the field with a 58.07. The United States was 4th, and Canada 5th. Claire Adams and Cassidy Bayer led the way for the US, while Canada had strong performances from Danielle Hanus and Penny Oleksiak.