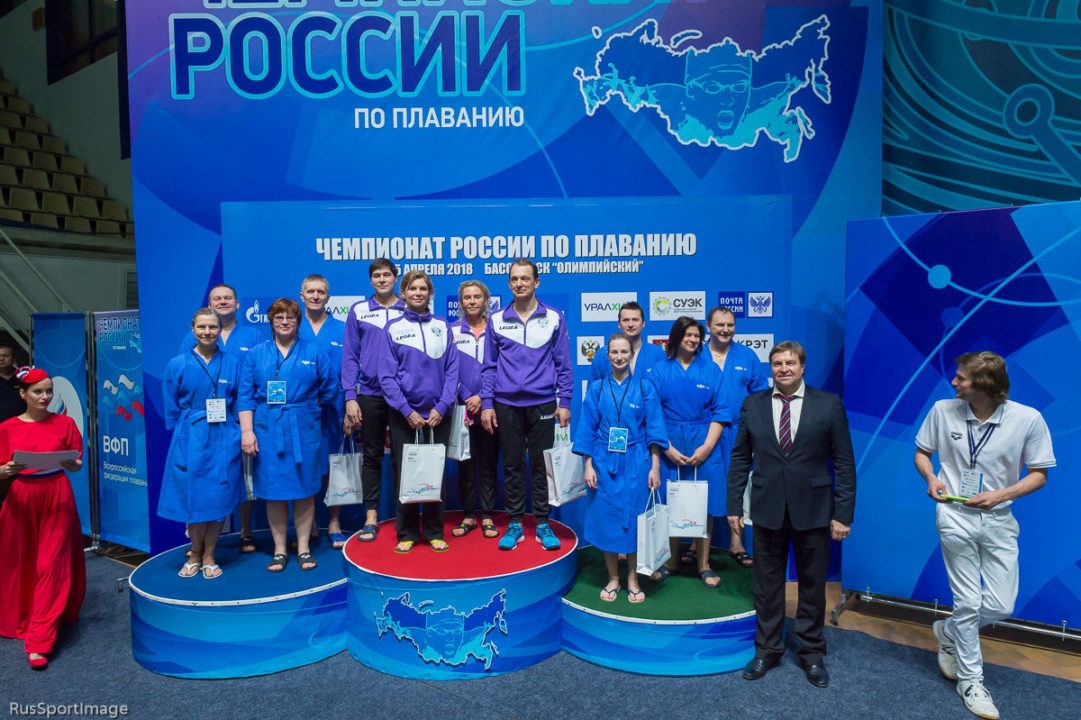 The All-Russia Swimming Federation held a unique event on Saturday before the start of the evening session at the 2018...

The All-Russia Swimming Federation held a unique event on Saturday before the start of the evening session at the 2018 Russian Championships. The 200 mixed free relay pitted representatives of 16 governmental organizations against one another for a special award.

In the ‘youth’ group, the team from the Ministry of Foreign Affairs of Russia won, with Artemy Zertsov, Ekaterina Zakharova, Evgenia Shcherbina and Ilya Tereshkina combining for a 2:03.21.

The winner of the over 145 group was the team from the Ministry of Energy of Russia, including nuclear researcher Olga Mitrofanova, and pro-nuclear power, anti-nuclear weapon businessman Vladimir Smirnov.

There were a few ‘ringers’ in the field, including 26-year old Kirill Kobisev for the Russian Olympic Committee’s relay, who swam a 25.3 for the fastest split in the field. We’ve found record of him being a 24.8.

His fly isn’t really all that different from the guy in the UltraSwim ad.