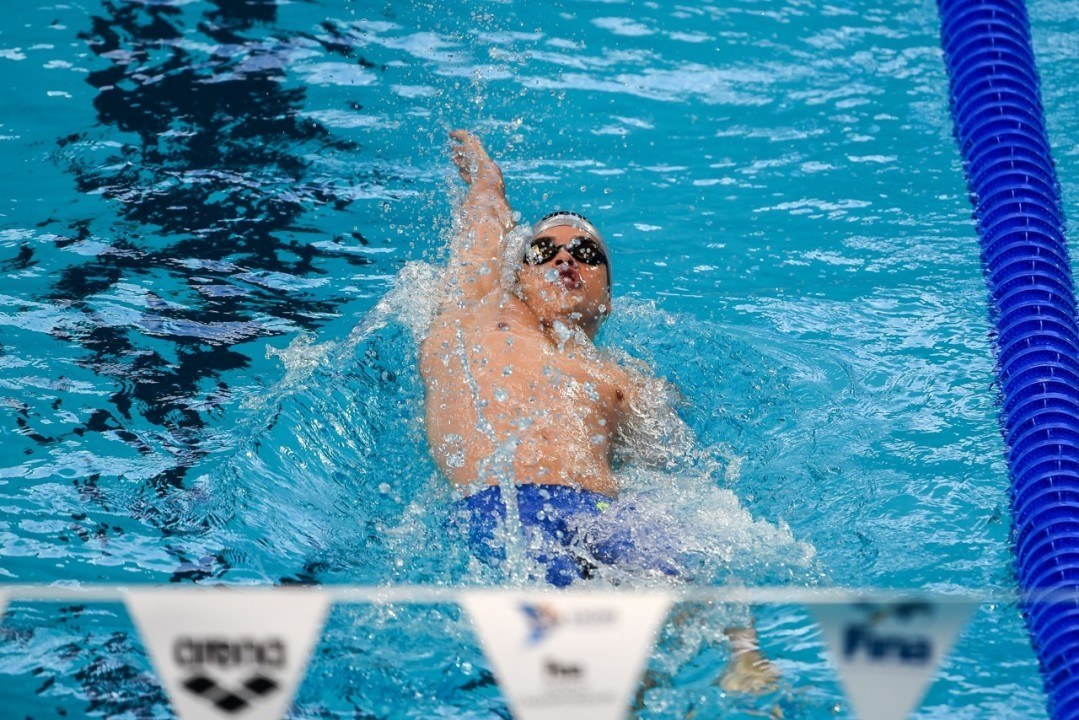 Rising Romanian backstroke star Robert Glinta scorched a new national record while competing on the first day of the 2016 European Championships in London.

En route to scoring the top seed in the men’s 100m backstroke this morning, Glinta crushed a new personal best time of 53.43, clearing his previous lifetime fastest of 54.30 by just under a second. As such, today’s outing at the London Aquatics Centre marks the first time the 19-year old has ventured into 53-second territory.

Glinta’s 54.30 earned him the World Junior Championships title last summer in Singapore, so it took him less than a year to overtake his nation’s national record of 54.15 held by Florea Razvan since 2009.

Glinta leads the field headed into the semi-finals tonight, therefore, the young star has 2 more swims left in this event at the European Championships to attempt to lower the mark even further.