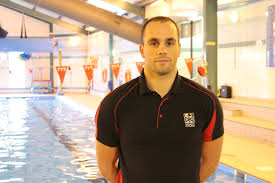 Plymouth College has announced a two man team to take over for departed head coach Jon Rudd at Plymouth College in England. In February, the college announced that Robin Armayan would replace Rudd as the Director of Swimming, which is the direct 1-to-1 replacement for Rudd, and now former British Olympian Roberto Pavoni will be joining him as the Deputy Director of Swimming.

Armayan first came to the Plymouth College/Plymouth Leander club partnership in 2014 from Poole Swimming Club. In 2015, he was selected as a coach for the FINA Junior Swimming Championships – his biggest international appointment.

“I am not sure who will be delighted more myself for Robin’s success, or the students who get to keep a superlative coach,” said the outgoing Rudd. “The programme is in very safe hands with Robin, and I look forward to watching him, and the students continued success.”

Pavoni will join Armayan on deck after formally announcing his retirement in February. Pavoni swam for Great Britain at the 2012 Summer Olympics where he placed 13th in the 200 IM. He has 3 European Championship medals as an athlete – twice silver in the 400 IM, and once bronze in the 200 IM. At the 2016 Olympic Trials, Pavoni won the 200 IM, but two other swimmers (whom he beat) were chosen to go to Rio in his stead.

“I am delighted to be joining the Plymouth College swimming programme, the students, staff and facilities at the college are World-Class,” Pavoni said in a statement. “I look forward to working with the school’s athletes to produce the next crop of Olympians.”

Rudd was announced in November as the new Performance Director for Swim Ireland. In his time at Plymouth, he coached Lithuanian-born Ruta Meilutyte to an Olympic gold medal and also developed sprinter Ben Proud into a British Record holder. Meilutyte has moved on from the club, returning to her native Lithuania, while Proud is now training under the watch of the international Energy Standard swim club.