Rio Today: Welcome to Hell, Body Parts on Beach, & Police Out of Money 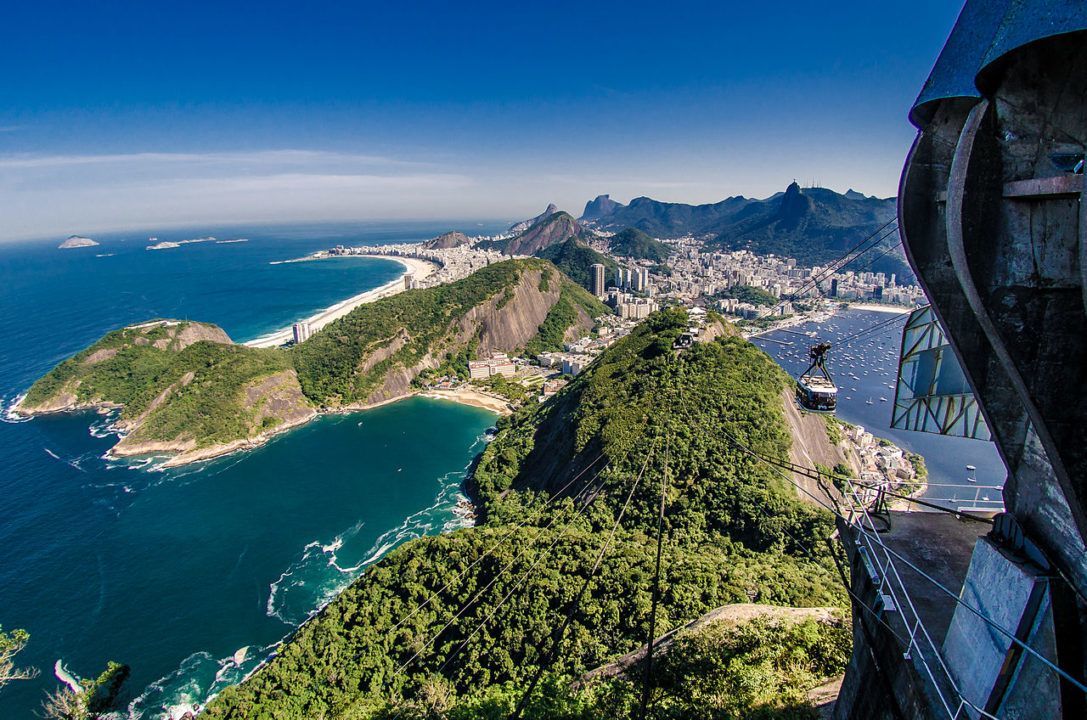 "Welcome to Hell." If you recently arrived in Rio de Janeiro, Brazil, host of the thirty-first Modern Olympic Games, it's possible that you were greeted with this warning from local police and fire fighters as you stepped off the jet and onto Brazilian soil. Stock photo via Vanessa Marques

If you recently arrived in Rio de Janeiro, Brazil, host of the thirty-first Modern Olympic Games, it’s possible that you were greeted with this warning from local police and fire fighters as you stepped off the jet and onto Brazilian soil.  For months now, the preparations for the upcoming Olympics have been plagued with scandal, crime, doubt, and fear, as leaders are constantly being shuffled, fired, and indicted for a menagerie of crimes and short-comings.  One of the most crucial and disconcerting events to hit Rio has been the lack of funding for civil services, namely police and fire fighters, who have recently taken to strikes and protests.

Without a paycheck, police are given little incentive to report for duty, which has caused a recent spike in crime, including robbery in the Olympic village and murder.  Brazil, which boasts the largest economy in Latin America, was once viewed as an idyllic and colorful paradise–a perfect place to host an Olympic Games; however, Brazil’s economy has taken a sharp downturn over the last several years.  Hope of a successful Olympic Games is on the decline, just like the country’s economy, which shrank 5.4% in the first quarter of 2016.  Brazilians are skeptical of the Games’ ability to do their country any economic good, despite the fact that an estimated 350,000 – 500,000 foreign tourists will be in the country this August and September.

The Games are partially funded by both the City of Rio de Janeiro and the State Government of Rio de Janeiro, both of which are currently broke.  Earlier this month the state government declared a state of financial emergency and requested a financial bail-out which it is yet to receive.  Francisco Dornelles, acting-governor of the state, told Brazilian newspaper O Globo, “I’m optimistic about the Games… but if some steps are not taken, it could be a big failure.”  While Dornelles has requested 2.9 billion Brazilian real in aid (approximately $850), until the local government receives the money and can pay police again, the situation in Rio looks precarious.

While infrastructure appears less and less stable and construction deadlines are looming and being pushed back, such as the anticipated completion of a new city metro, slated to be completed a mere four days before the opening ceremonies on August 5th, Rio’s most prescient problem is security.  Some police stations in Rio rely on donations from the public for basics such as toilet paper, pens, and printer paper.  Others are unable to patrol because they cannot find the money for gasoline in their budgets.  Police have not been paid overtime in six months, and will not be reimbursed for their service until the state or Rio de Janeiro receives more money.

Compounding to Rio’s problems, pieces of a mutilated human body washed up on Copacabana Beach, mere yards away from where Olympic beach volleyball will be held.  The victim has not been identified but is believed to be a young woman, possibly a teenager or young adult.  Rio witnessed a staggering 2,036 murders in the first four months of 2016 alone, which signifies and increase of 11% from this time last year.

Last week a hospital in Rio was stormed by 19 gunmen in an effort to free a local drug kingpin.  Since his escape police have engaged in multiple shootouts in Rio leaving 10 dead, and causing up to 50 schools to shutter their windows for fear of stray bullets.

Perhaps if Dornelles receives his requested 2.9 billion real the city and state governments will be able to ebb the waves of violence and crime within the city.  Until then, Rio seems to be slipping further into chaos, proving to be a challenge for not just the hosts, but all participant nations.

YIKES! Maybe I’m LUCKY I can’t afford to go to the games in Rio!

At this point, Aleppo and Fallujah would be better host cities

The British stepped up and put on a great Olympic Games. It was a source of national pride.

The Brazilians and cariocas should look to their example. The whole world will be watching!

Then Britain imploded .The Scots referendum pitted a ppl against ppl & now Brexit. The Australian team went to London to just party – even formerly homebody types were out putting their heads in large bras in lingerie shops .

Now I fhink they were right Gb & London will never be the same.

I also fhink The Olympics are finished.

G.I.N.A. are you back on the sauce? Hope not, cause some of you your purely swimming observations have been a lot more on the mark this week than usual.

There is a lot happening in Europe & Britain if you are interested to look or have the capacity to do anything than post ‘What’. The British just fled & the vicious reaction of the EU to a democratic non gerrymandered vote is disturbing /shows some true colours.

GB /UK will be fighting for its place /self definition for some time. Its not merely a PR exercise that all the royal babies & kids are out front & centre. Heavens even Princess Eugenie & Beatrice are looking good .

Can’t see the relevance of anything you’ve said there.

BTW even the guy who spectacularly parachuted out of the sky in the Opening Ceremony in London tried to follow up & died.. Pretty symbolic if you ask me.