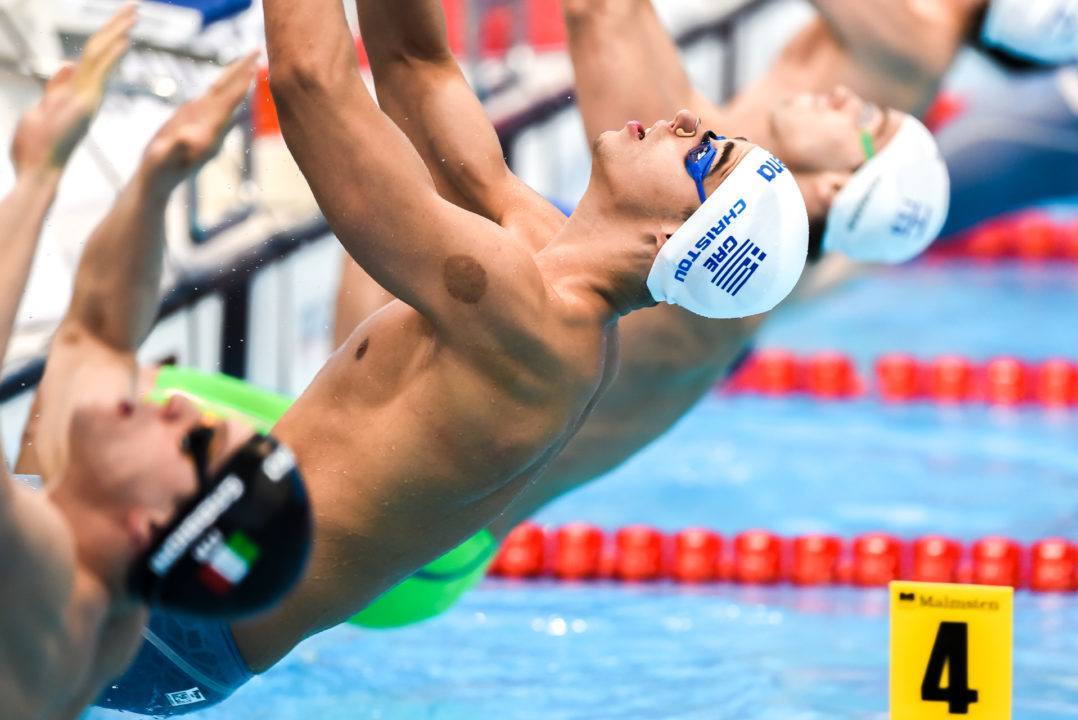 A last-minute surge has pushed Greece into a potential Olympic berth in the men's 4x100 medley relay, thanks to a fourth-place finish at the European Championships. Current photo via Peter Sukenik/www.petersukenik.com

A last-minute surge has pushed Greece into a potential Olympic berth in the men’s 4×100 medley relay, thanks to a fourth-place finish at the European Championships.

Hungary also improved its standing for one of the final four Olympic spots, which will be distributed at the end of the month.

To the best of our knowledge in light of nations’ Olympic Trials, time trials and now the European Championships, here is where we stand with the men’s 4×100 medley relay:

The last time we checked in on these relays, about a month ago, Greece was the first team on the outside looking in, with Hungary holding the fourth and final Olympic invite spot.

But both nations came through clutch in their last major qualifying meet this week, cutting several seconds off their best times to make their Rio berths more secure.

Hungary earned bronze at Euros, going 3:34.12. That bumps them from the fourth and final invite spot up to the second slot. Hungary was 3:36.74 in a time trial swim previously.

Greece, meanwhile, dropped from a 3:37.86 at last summer’s World Championships to a 3:34.41 and a fourth-place finish at Euros. That moves them into the fourth Olympic invite slot, bumping out Belarus.