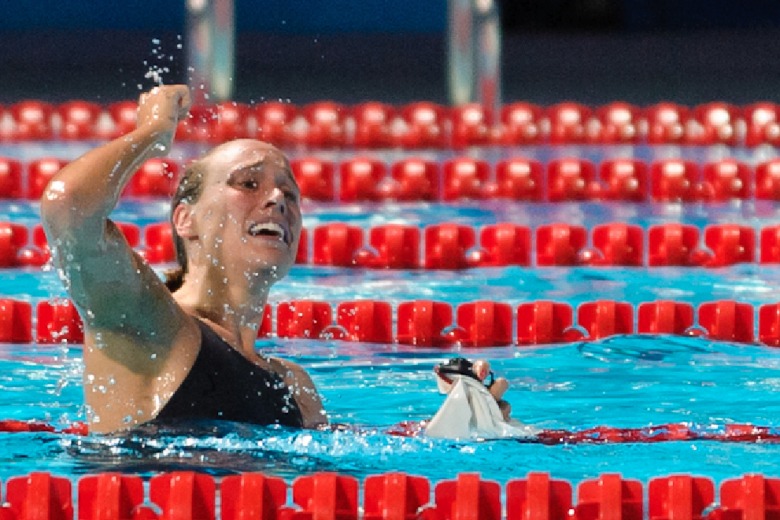 Danish swimming superstar Rikke Moller Pedersen has had some major changes in the last year and on Saturday announced another... photo via Victor Puig

Danish swimming superstar Rikke Moller Pedersen has had some major changes in the last year and on Saturday announced another deciding to make the Herning Swim Club her new home.

“I am really looking forward to being a part of Herning Swim Club,” Moller Pedersen told aoh.dk. “It is a good and positive club with a great team and club environment. They have many irons in the fire, and it will hopefully lead to a lot of progress and development.”

One of those irons will be a new 50 meter pool opening in 2015 that will house the club.

Moller Pedersen experienced a great deal of success during the years she swam with Paulus Wildeboer, but in December Wildeboer left Denmark for a new position in Australia.

In February Australian coach Shannon Rollason arrived in Denmark to take over the position of Head Coach of the National Training Centre in Copenhagen. Moller Pedersen and Rollason have worked extremely well with each other resulting in her setting a new world record in the 200 breaststroke in the semi-finals of the World Championships this summer.

Moller Pedersen will still be swimming at the training centre, but it is not known how her time will be split.

With the 2013 European Swimming Championships being held in Herning from December 12th-15th there is a hope that Moller Pedersen’s presence will bring increased attention to the club domestically and abroad.

There was a great deal of excitement from all those involved with the club including many of the young swimmers present at today’s announcement, “It is a milestone for our club,” John Axel Hansen, president of Herning Swim Club told aoh.dk.

“As a club we are looking forward to working with Rikke in the coming year. She is a beacon for our association and a great source of inspiration for our young talented swimmers.”

The agreement between Moller Pedersen and the team is for one year and has a significant sponsorship component that will greatly assist her in her preparation, “It’s a deal that will help me financially and thus improve my ability to optimize my sporting preparations,” Moller Pedersen told aoh.dk.

When I read the headline on the home page, I believed she would go to Baltimore. 🙂

Since she’s a breaststroker, I was guessing USC 🙂

I thought Baltimore with a laugh because these days, it seems it’s the new swimming center of the world.
But you’re right. USC is the favorite destination for the breaststrokers.

Heh, USC would be interesting with Soni, Efimova, Hardy and RMP 🙂