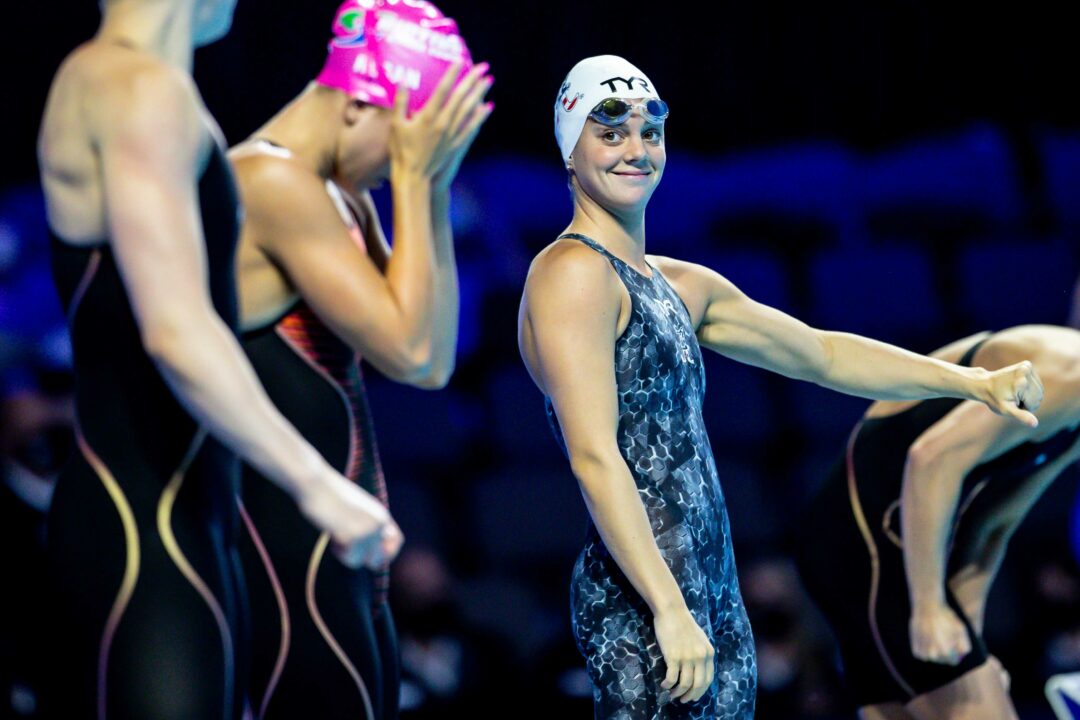 Athletes have been competing at the biannual Youth Olympic Games since 2010, but none of them have gone on to make the U.S. Olympic Team. Until tonight. Current photo via Jack Spitser/Spitser Photography

After her blistering 2nd place finish in the 100 back final tonight, Rhyan White has become the first-ever Youth Olympian to make the U.S. Olympic Team.

White snagged 2nd place behind Regan Smith with a time of 58.60, just off her 58.43 lifetime best from the Atlanta Classic in May. She out touched two-time Olympian Olivia Smoliga by .12. Smoliga was the top finisher in the event at the 2016 U.S. Olympic Trials and she went on to place 6th in Rio.

White competed in the 2018 Youth Olympics alongside current Olympic hopeful Kate Douglass in 2018. Douglass narrowly missed the team after finishing 3rd in the 100 fly final, but she still has the 200 IM and 100 free to swim. She won the 200 IM prelims race this morning.

The first Youth Olympics took place in the summer of 2010, so there have only been two full Olympic cycles since its inauguration. The event is biannual, but swimming is only contested every four years (in 2010, 2014 and 2018).

The Youth Games selection process allows the top 16 teams from the previous year’s Senior World Championships to bring 8 men and 8 women (all within the ages of 14-18.  The U.S. has qualified 8 swimmers each competition year.

Isn’t white’s best time a 58.4 or something from Atlanta classic

What the hell is the ‘Youth Olympics’?

u can search and find that out …

Unfortunately the SwimSwam comment section is not the Google search bar

Always bummed on how USA Swimming only sends very little in the way of a team to YOs. Hopefully they’ll change that

I believe countries are restricted to only eight swimmers for YOG. 4/gender.

Don’t know if you mean first American or first ever, but I’m pretty sure Brianna Throssell from AUS went and later became an Olympian.

Hats off to Coach Ron Lockwood on Rhyan’s excellent development through the age-group and Junior National ranks!

He definitely set the foundation for Ozzie to help Rhyan get to this point! Club coaches are often the forgotten ones who helped make these athletes what they go on to be.