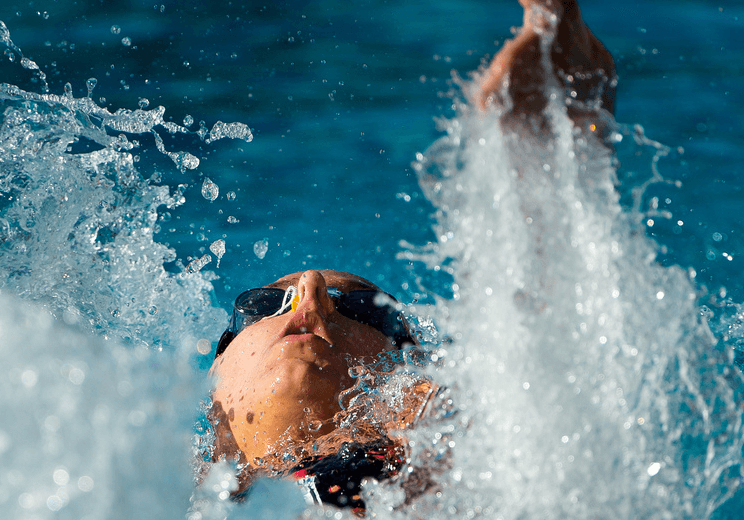 The 2020 Sette Colli Trophy ended on the highest of notes, as Italian Gregorio Paltrinieri busted out a new European Record en route to 1500m free gold.

Valentine Dumont cleared her 2nd national record of this Sette Colli Trophy, as the Belgian free ace took silver in the 200 distance this evening in Rome.

While competing on day 3 of the 2020 Sette Colli Trophy, 21-year-old Lisa Mamie clocked a new Swiss national record in the women’s 200m breast.

Competing on day 3 of the 2020 Sette Colli Trophy, 19-year-old Thomas Ceccon cranked out a new Italian Age Record for the Cadet level in the men’s 50m fly.

Raleigh Charter High School in North Carolina played host to the A/2A High School State Championships this weekend, which took place at Triangle Aquatic Center.  Both the men’s and women’s meet saw repeat team state champions with the men from NC Science and Math running away with the title and the Raleigh Charter women garnering its second team championship.

The first event of the day, the 200 medley relay, saw champions coming from schools who both finished in the top three.  The squad of Mara Bhalla, Kyndall Morrow, Christina Lappin, and Sophia Bhalla from Lincoln Charter captured the win in a time of 1:52.25.  On the men’s side, the top three finishers were separated by only .49 seconds.  However, the men from Shelby: Parker Campbell, Ben Waldrep, Jay Wilson, and Matt Campbell secured the victory in a time of 1:39.13.

The first individual swim was where the meet saw the first A/2A state record fall.  Christina Lappin had a quick turnaround after the relay and went on to get her second state title of the day in the 200 free, dropping three seconds from her prelim swim in a time of 1:49.31 while erasing the old A/2A record time of 1:49.68.  For the men, Cole Riggan from Lexington swam got to the wall first by a full second, winning in a time of 1:41.32.

The A/AA records kept on falling as Olivia Ontjes from Raleigh Charter and Will Macmillan took charge in the 200 IM.  Ontjes shaved .4 off the old record, touching in 2:02.63 while Macmillan dropped the hammer and cleared the old record by four seconds and dominated the rest of the field by eight seconds, finishing in a time of 1:52.53.

Lappin would find the top spot on the podium for the third time of the night, winning the 50 free in record setting fashion in a time of 23.46.  Cameron Anderson from Tarboro would rise to the top, garnering the title in a time of 21.66.

Lake Norman Charter showed their depth in diving with Peyton Freeze and Erin Lee going 1-2 on the women’s one meter.  Ryan Ballant won the men’s board in a score of 293.85.

Alyssa Marsh of Pine Lake Prep was the first and only swimmer to write her name into North Carolina state record book.  Marsh broke the 100 fly state record in a time of 53.72.  Carrboro’s Thomas Bilden won on the men’s side, touched first in 51.94.

The 100 free on the women’s side was won by Annie Shirk, a junior out of Shelby high school, in a time of 53.75.  Macmillan became a double state champion, winning the event in a 46.35.

Two seniors, McKenzie Stevens and Jacob Vosburgh, finished their individual high school careers in style by claiming victories in the 500 free in times of 5:04.96 and 4:43.61, respectively.

The overall women’s team champion grabbed their second event title of the night in the 200 freestyle relay.  Paige and Lily Whalen, Tara Martin, and Ontjes got to the wall first in a time of 1:38.21.  NC Science and Math, the men’s overall team champion, would get their second state title of the night, winning the relay in a time of 1:28.74 with the squad of Matt Weaver, Gabe Shepherd, Jack Allen, and Vosburgh.

Marsh of Pine Lake Prep would become a two time state champion on the night, this time setting an A/2A record in the 100 backstroke in a time of 54.86.  Following suit, Paker Campbell would earn his second state title in record time, winning the backstroke in a 51.45, eclipsing the old A/2A mark of 52.32.

The final individual event of the night, the 100 breaststroke, would give Ontjes her third state title, winning in a time of 1:02.73 and setting a new A/2A record.  Drew Queen, a senior out of Lake Norman Charter, broke the A/2A record in prelims in a time of 59.08.  Despite going a tad slower in finals, he was still able to call himself a state champion, clocking in at 59.39.

The four hundred free relay wrapped up the meet with the women of Raleigh Charter and the men from NC Science and Math claiming victories.  The team of Tara Martin, Whalen, Margaret Ireland, and Ontjes dominated the field by twelve seconds, touching first in a time of 3:37.10.  Four seniors from Math and Science: Matt Weaver, Jack Allen, Gabe Shepherd, and Jacob Vosburgh, closed out their careers with a state title, winning in a time of 3:13.70, securing their team’s overall state championship.