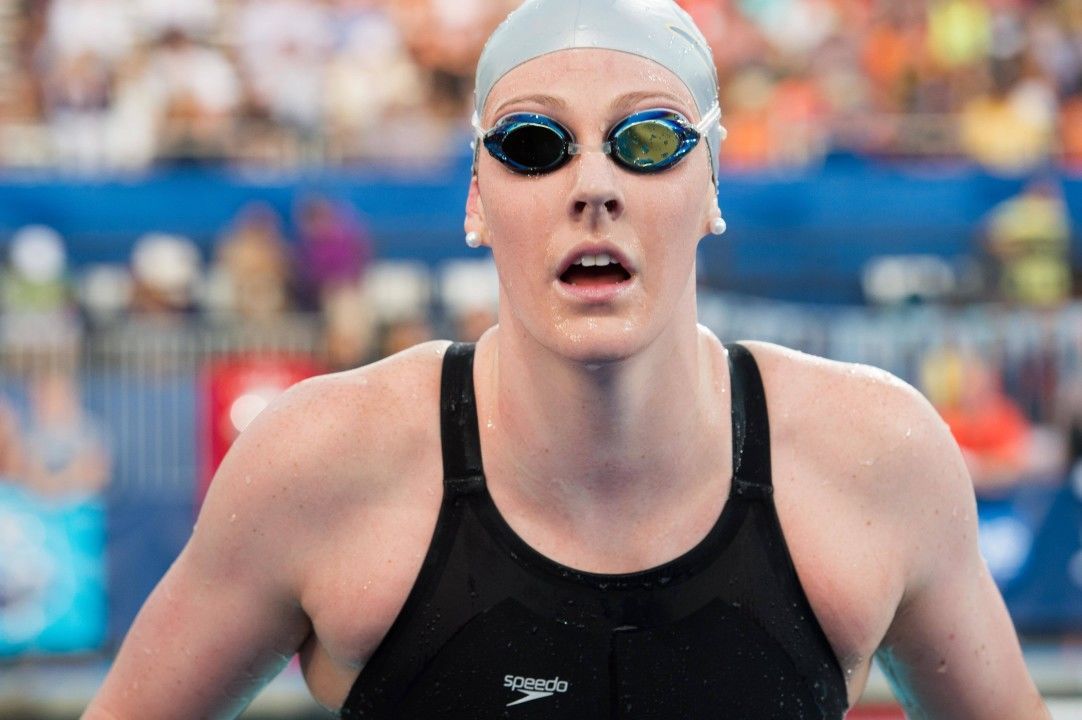 If Missy Franklin repeats her 6 gold medal performance from the 2013 World Championships in 2015, she will amass almost $75,000 in FINA prize money alone now that she's a professional. Archive photo via Mike Lewis/Ola Vista Photography

Even without a World Record at the 2015 FINA World Aquatics Championships in Kazan, Russia, there will be more than $5 million in prize money available across 6 disciplines – a new record for FINA’s premier non-Olympic event.

Further, prize money will be extended to 8 places (meaning all finalists in swimming) as compared to the 6 from 2013.

As usual, swimmers are due to make the most money in Kazan, including an increased $30,000 bonus for World Records. In all, a minimum of $2.5 million will be awarded in swimming across 42 events. Relays will divide the prize money among its four members for the appropriate place.

As an example of how much money can be earned, we’ll look at the top medalist of 2013, Missy Franklin. She would have taken $60,000 for her three individual event victories, and would have shared in three relay pools of $20,000. Assuming an equal share in those relays for prelims and finals swimmers, she would’ve taken in about $72,000.

Her American teammate Katie Ledecky, with three individual golds, one relay gold, and two World Records, would’ve racked up an impressive $123,000 under the new prize money were she a professional which is about $21,000 more than she would’ve gotten under the 2013 prize money standards.

High Diving, FINA’s newest that made its debut in 2013, is the only discipline that didn’t see a major increase in prize money (though there were still small gains). Despite massive crowds in attendance for the Red Bull Cliff Diving series, the sport is still not an Olympic event. The potential and popularity, though, is recognized by FINA as it still has the highest per-event prize money of any discipline at the World Championships outside of water polo (where the money is split among a dozen players on each team).

A full summary of prize money to be awarded is below. All amounts are in U.S. Dollars. These amounts are in addition to oft-hefty sums awarded by national federations for success.

How much of this, if any, can amateurs collect?

absolutely nothing. As long as you are competing under NCAA, nothing…

amateur swimmer – that’s not entirely correct. The NCAA interpretations are incredibly complex, probably too much to boil down in a quick comment, but there are certain moneys that athletes can accept, to cover costs for example.

I want participate in this competetion