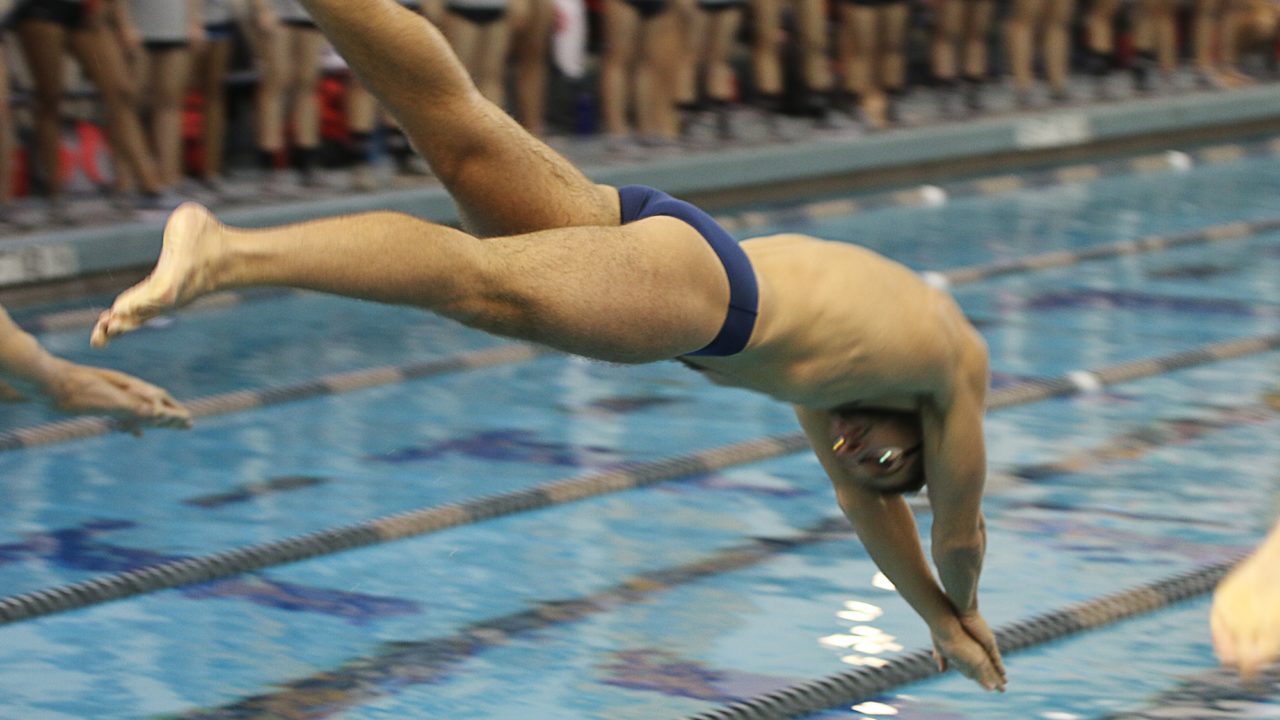 The Royals won 11 events en route to a dominating performance against the Wildcats. Queens won the meet 153-65 behind Dmytro Sydorchenko. Current photo via Queens Athletics

The Royals, winners of the last five NCAA Division II titles, won 11 events en route to a dominating performance against the Wildcats. Senior Dmytro Sydorchenko led the way with two race wins, claiming the top spot in the 50- and 100-Yard Freestyle.

Second-year swimmer Alex Kunert won the 200-Yard Butterfly to tally Queens’ final individual win of the meet. In the relays, the Royals opened with a victory in the 400-Yard Medley Relay from the foursome of Finn Howard, Delkeskamp, Kunert, and Brody Heck. The final relay win of the day came via the 200-Yard Freestyle Relay team of Sydorchenko, Marcus Rogers, Howard, and Cook-Weeks.

The Royals are back in action again on Saturday, Oct. 19 when the team hosts NCAA Division III powerhouse Emory University at 10 a.m. in the Queen City.

DAVIDSON, N.C. — A tough test right out of the gates and an early-season measuring stick.

That’s what Davidson swimming coach John Young wanted for his Wildcat men in their season debut, and Saturday’s matchup with five-time Division II national champion Queens proved to be just that in Cannon Pool, as the Royals posted a 153-65 win.

Owen Corkery swam to second in the 200 backstroke (1:56.31) and the 400 medley relay team of Kevin Andrews, Will Tabor, Alex Strasser and Hynes (3:33.94) also placed second. Davidson took second and third in the 200 freestyle relay as the quartet of Hentenaar, Kilian Quinn, Andrews and McLaren posted a 1:25.76, and Jacob Jung, Patrick Kelly, Griffen Younger and Strasser touched the wall in 1:29.63.