Pyle Scratches 200 Back on Final Prelims Session of British Champs 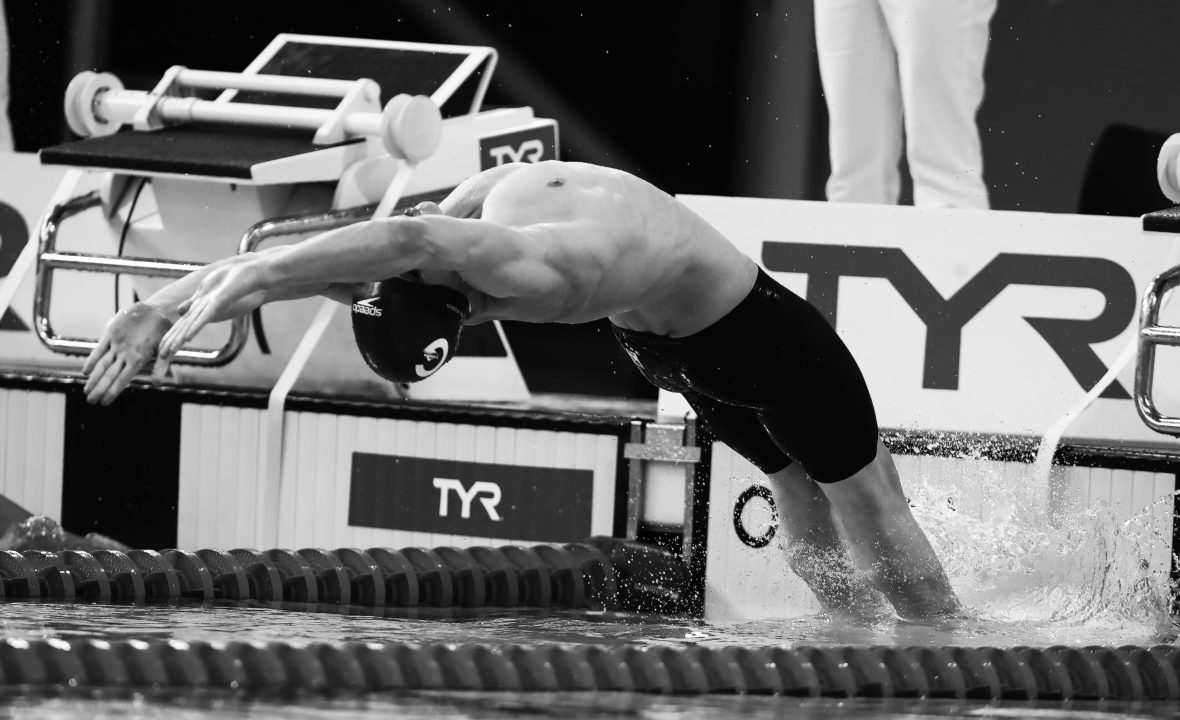 After earning medals in the men's 50 and 100 back, 19-year-old Nicholas Pyle has forfeited his 200 back 12th-place seed.  Archive photo via Ian MacNicol for Scottish Swimming

In the women’s 1500 free, Polly Holden has officially bowed out of the championships. Holden’s absence has now made room for 17-year-old Michaella Glenister to take over the top seed (16:48.49) and for fellow teen Lauren Wetherell to swim up with the fastest heat in finals. Emilia Sansome was the other scratcher in the 1500 free, who emptied her 11th-place seed. Sansome placed 18th overall in the 800 free earlier in the meet.

Peering into the remaining swims of the prelims session, the four top seeds will all aim for yet another title to add to their collection. British record holder and 50 free champ Ben Proud is seeded way out in front for the men’s 50 fly after dominating the men’s 50 free on Saturday. Proud claims the top time with a 22.78 from this season, however, has swum only a 23.49 in 2019. On Sunday, Proud has chances at breaking his British record of 22.75 or swimming under 22.74 to snag the fastest time in the world this year.

After earning gold and a World championships consideration in the 200 IM, Siobhan-Marie O’Connor has the chance to go 2-for-2 wins and qualify for Worlds in the 100 breast. O’Connor is the top seed with a menacing 1:06.99, almost a second ahead of second-place seed Tatiana Belonogoff (1:07.48). Tonight, O’Connor needs to swim at least 1:06.66 to be considered for Worlds, but, swimming under 1:06.26 will earn her an automatic qualification.

Top seeds Charlotte Atkinson (100 fly) and Duncan Scott (200 free) will also join O’Connor and Proud in their pursuits for get another gold medal at these championships. In the women’s 100 fly seeds, Atkinson’s top seed of 57.88 is just three-tenths off the minimum Worlds standard of 57.56. Right behind her is 200 fly champ Alys Thomas (58.06), who will also aim for another gold, and 50 fly runner-up Harriet Jones (58.85).