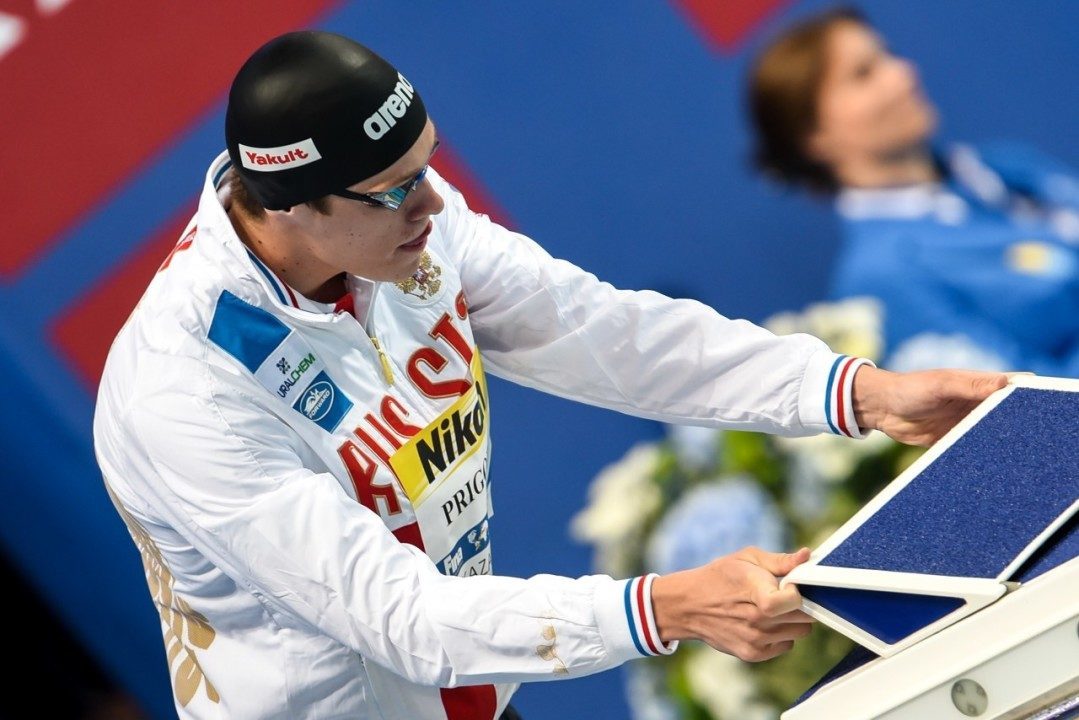 Prigoda has now swum his way onto the top 10 performers of all time list. He sits at 10th with his time from tonight's semis. Archive photo via Peter Sukenik/www.petersukenik.com

Russian breaststroker Kirill Prigoda continued to build on his momentum on day 3 of the 2017 FINA World Championships. During day 2 prelims, Prigoda became the first Russian man ever to break 27 seconds, qualifying for the semifinals in 26.91. In tonight’s semifinals, he set the bar even higher with a 25.85 to qualify 5th for the final.

Before today, the Russian Record stood at a 27.12 done by Prigoda at the Russian National Championships earlier this year. Before Prigoda took over the record this season, it had belonged to Andrey Nikolaev with his 27.14.

Prigoda has now swum his way onto the top 10 performers of all time list. He sits at 10th with his time from tonight’s semis. Brazil’s Felipe Franca also earned his spot on the list, putting up a 26.68 to land 4th. Great Britain’s Adam Peaty remains at the top with his new World Record time of 25.95 from tonight’s semis.