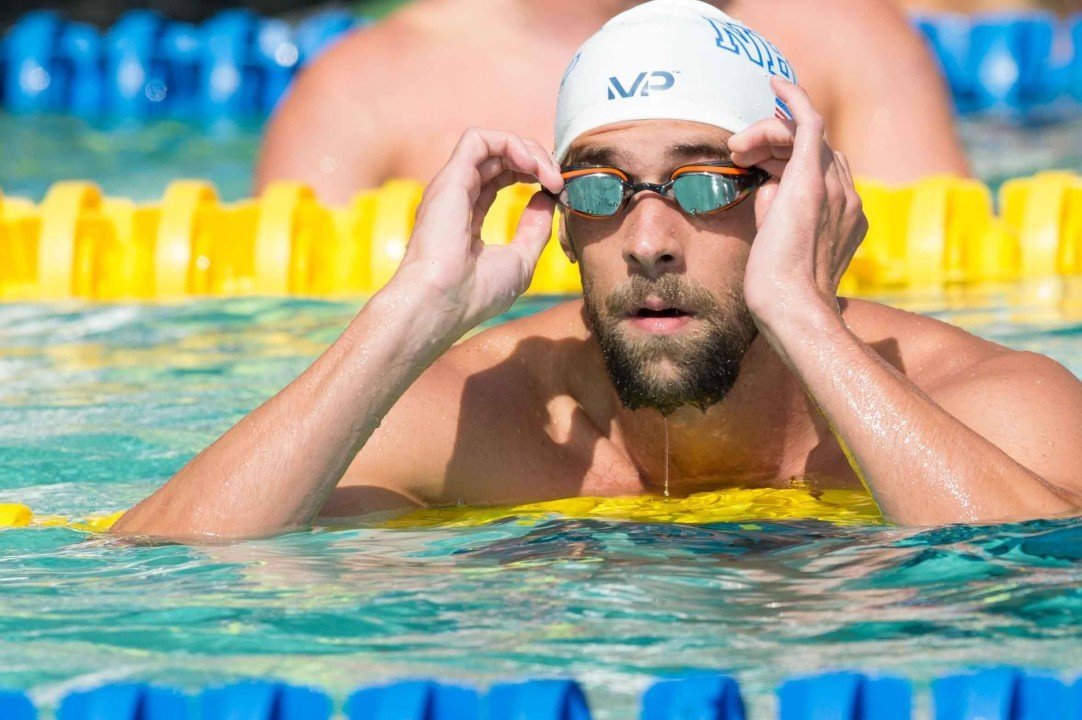 Since 2000, the U.S. Olympic team averages 1 male member under 18 and 1 over 30. Michael Phelps was the former in 2000, and could be one of several men in the latter category in 2016. Archive photo via Mike Lewis/Ola Vista Photography

As we kick off the year 2016, SwimSwam is taking a multi-faceted look at the biggest storyline of the coming season: rosters for the Rio Olympic Games.

We already took a bird’s-eye look at the top contender in each event with our formcharts (men’s and women’s) for the year 2015, and we’ll be looking closer at each individual event as Olympic Trials draw nearer.

But for now, let’s take a different approach, dealing more with the traditional makeup of the U.S. Olympic swim team based on age and Olympic experience before looking at the specific swimmers who could fit into those categories.

We broke down every U.S. Olympic swim team going back to the 2000 Sydney Games based on two categories: age and experience. Specifically, we looked for how many 18-and-under swimmers made each team, as well as how many 30-and-older swimmers did the same, plus broke the teams down into athletes with previous Olympic appearances and “new” Olympians.

*Note: ages are based on the historic Olympic rosters on usaswimming.org, which typically calculates an athlete’s age during the Olympic Games themselves, rather than during the Olympic Trials. We’re using that cutoff for our lists of 2016 contenders as well, which eliminates a few big names like Katie Ledecky, Katie McLaughlin and Kathleen Baker.

Since then, the youngest age of a member of the men’s team has gone up significantly. In 2008, a 19-year-old Nathan Adrian was the most youthful member of the U.S. men’s Olympic team, and in 2012, it was a pair of 21-year-olds (Andrew Gemmell and Connor Jaeger) on the lower end of the age spectrum.

On the women’s side, though, there are typically many more spots for under-18 athletes. Since 2000, the team has averaged just under 5 juniors per Olympic cycle, including 4 in London.

Let’s lay out some of the top contenders, then select some way-too-early predictions based on the averages discussed above.

As much as young talents have captivated have captivated SwimSwam readers of late, it would be a major historical shift for a large number of 18-and-under boys to make the U.S. team for Rio. Still, though, with the explosion of age group swimming over the past few years, 2016 might finally be the year junior men break their way back onto the U.S. Olympic team.

With only 1 swimmer to pick, we’ll go with Rooney, the junior world record-holder in the 200 free. Rooney seems somewhat more likely than the field given his best two events are relay selection races that will select up to 6 swimmers each for the Olympic team.

If history holds on the women’s side, it’s less a question of “if” and more a question of “who” regarding juniors on the Olympic team. But the list is fairly wide open, especially with World Champs team members Katie Ledecky, Kathleen Baker and Katie McLaughlin all turning 19 before the end of the Olympic Games. With that in mind, here are some of the top female contenders.

Picking 5 out of this wide crew is difficult. The backstrokes seem the most loaded with young talent, but with Missy Franklin and Natalie Coughlin at the top, it’s far from wide open to the host of young guns. Still, former junior world record-holder Adams seems like the best bet there. We’ll go with Walsh to keep the streak of 15-and-unders making the team, as she’s currently the top contender out of that age group. Bilquist gets the relay bump for her 100 free, and Mann was nearly an open water Olympian and has a great shot at the 800. Tough call between Merrell and Bayer for a fly spot, but we’ll take Bayer at this early juncture because she has solid opportunities in two events to Merrell’s one.

The men’s team has the exact opposite trend with older swimmers compared to its under-18s. Where juniors have grown scarce on the men’s Olympic team, swimmers 30-and-older had a huge run in 2012, nabbing 3 spots after taking just 1 in the previous three Olympiads combined.

The three were concentrated very much around sprints: Anthony Ervin (31) and Jason Lezak (36) in the freestyles and Brendan Hansen (30) in breaststroke.

Looking at that list of names, it seems incredibly likely that the number of over-30s increases with the 2016 Olympic team. Phelps and Lochte are very probable Olympians. Grevers and Plummer are both strong bets, though the backstrokes are loaded domestically. Titus is in a similarly crowded breaststroke, but the unlike backstroke, there isn’t a world-class standout there yet. Ervin had a rough 2015 World Championships but a 2016 bounce-back wouldn’t be a surprise at all, and Jones is a swimmer one should never count out in an Olympic qualifying year.

We’ll cheat on our own self-imposed rules here and pick 4, because only 1 over-30 swimmer making the men’s team would be a pretty huge surprise at this point.

The women’s side appear pretty close to recent history, with only a pair of swimmers putting up 2015 times that keep them in the hunt. The plus side for both: Coughlin and Weir both swim the relay-event 100 freestyle, which boosts chances of making the Olympic team in 2016.

Experience – Does It Matter?

We also looked at Olympic experience on the previous four iterations of the team, finding that repeat Olympians are on the rise since 2000. Here’s the data itself:

Based on these numbers, we should expect to see 25-30 brand-new Olympians anointed this summer between the two genders, with 20-25 previous Olympians making return trips to the squad.

We broke down the idea of international and Olympic experience further in a separate piece from last fall. You can find that here.

Alex Walsh.. do people realistically think she’ll drop enough time to make top 2 in the 200 back? Her best time is 2:10 and I think it will take at least 2:06 to make the team. Barring any disasters, Missy will be #1. Competition for the 2nd spot will be intense, especially with Maya Dirado in the mix. The only way I can see Alex Walsh making the team is if (a) Dirado doesn’t swim the 200 back, and (2) Beisel is still hampered by injury.

She has been consistently dropping tons of time over 2015. If she keeps doing that I think Alex has a good chance of making it. I think Dirado will focus more on 200&400im maybe even 2fly and 2free. Those are more open events for Dirado to make the team in.

Disagree. At this point the 2nd spot in the 2back in DiRado’s to lose. She has a better chance of making the team there than in the 2fly. Your 200free comment is valid however. Not something I’ve considered for her before but she has a shot. Alot of girls with 158’s right now tho.

Really? I think her fly is coming along much better than backstroke. I guess it’s just my opinion:). I hope she does well in any of the events she chooses to do at trials, as well as Ms. Walsh.

Take a look at the trials event schedule – the placement of the 200 Free is sub-optimal for women 200IM’ers. The 200 Free and 200IM are in the exact same sessions (so it would be a double) with the 200IM following the 200 Free.

She’s capable. Since 200 IM is first I say the free is worth a shot.

Not sure what you mean, 200 Free comes first in the session (also the 200 Fly semi comes immediately before the 200IM final, also likely ruling that event out). Check for yourself:

I would have added Allie Szekely to the 18 and under list. Ranked solid in the 200 back. Has the potential to shine in other events (200 IM in particular). Olympic year brings out the gold in everyone.

2
0
Reply
hswimmer
Reply to  A

Ms. Szekelly does have a good chance, however she is not as consistent at big meets as some others!