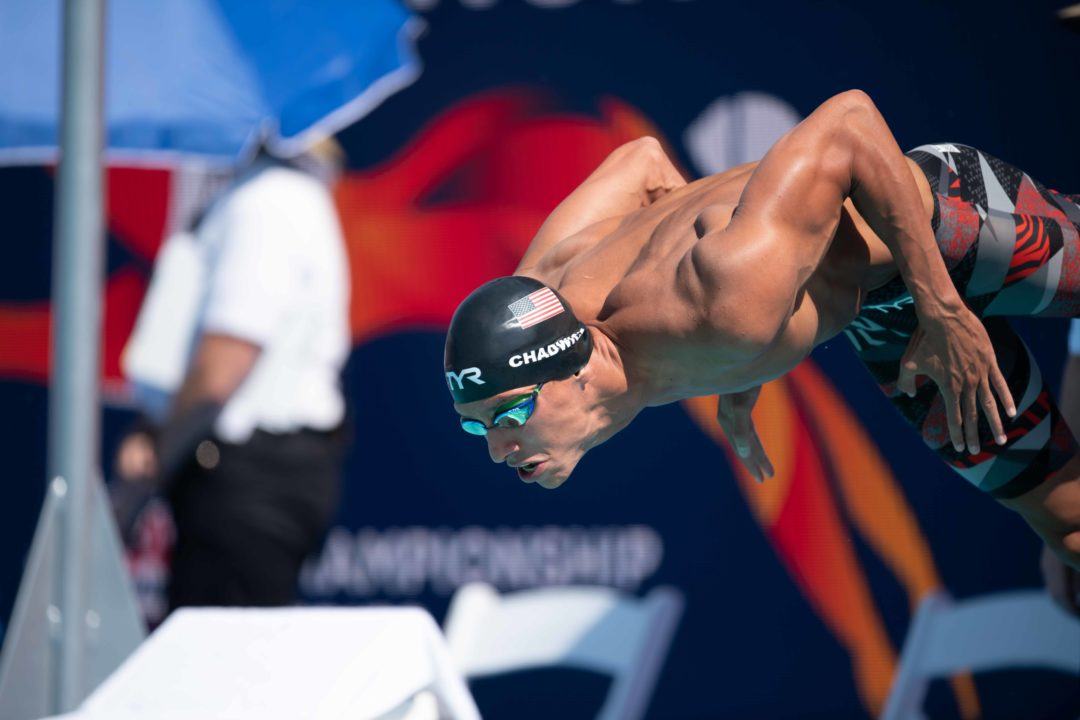 Michael Chadwick, Jacob Pebley and Lia Neal, got pancakes with me after their first "quality" set of the season, talking me through what the workout was like Current photo via Mike Lewis/Ola Vista Photography

With October rolling around, most teams are getting back into the swing of training. For Team Elite in San Diego, that means finally emerging from the gym, where they’ve been building some early season strength, to suit up and swim fast. Michael Chadwick, along with recent TE transplants Jacob Pebley and Lia Neal, got pancakes with me after their first “quality” set of the season and talked me through what each individual workout was like.

For Chadwick, he did the sprint version of the workout, which meant a combination of 50’s and 100’s fast. His workout was highlighted by a WR time of 45.6 in the 100 freestyle (with fins and paddles, minor detail) and a subsequent trip to the trashcan to “expel” some lactic acid.

Lia, who on the day of the practice had lived in San Diego for all of 72 hours, she did the sprint version of the sprint version of the workout. This meant her fast efforts were all 50’s. She didn’t have to go it alone however, as she was joined by Chinese and world record holder Liu Xiang (or Kristy), the first and only woman to dip under 27 seconds in the 50m backstroke.

Take away the foreign kids, not a very good group?

Leah got there 72 hours prior. Is she there permanently? It isn’t like they have the same events and therefore no one to push them! How long are Chinese there? I get the impression that people are in and out of there but not much stability!

That’s probably why the foreign athletes are there? To improve the training environment? Good for Marsh to bring in people to challenge these athletes in different ways.

They also have Baker, Marius Kusch (when not in school), Kendly stewart and occasionally Dylan Carter and Katie Mielli

I guess they wanted to take the advantage of the training.

Don’t read that headline too quickly. I thought this was a video of them throwing up.

Didn’t realize Neal had switched from Meehan to Marsh. Temporary or any reason (move)?

Why would Meehan be interested post college with his group of swimmers ? And a D1 championship team.
Smart move she will have more focus towards her specific needs of sprinting with Marsh if she’s moved permanently.
While I’m not a marsh fan, mainly after butchering Lochte and clary (but that’s there own faults) he eats the job done with pro’s who swim one event or are sprint based.
Good luck to Lia if she’s moved.

Pretty sure Neal was there for the TYR unveiling of the Venzo that had happened that week. She has been known to travel around and train with other coaches and teams (I believe she spent a good block last year with Texas).