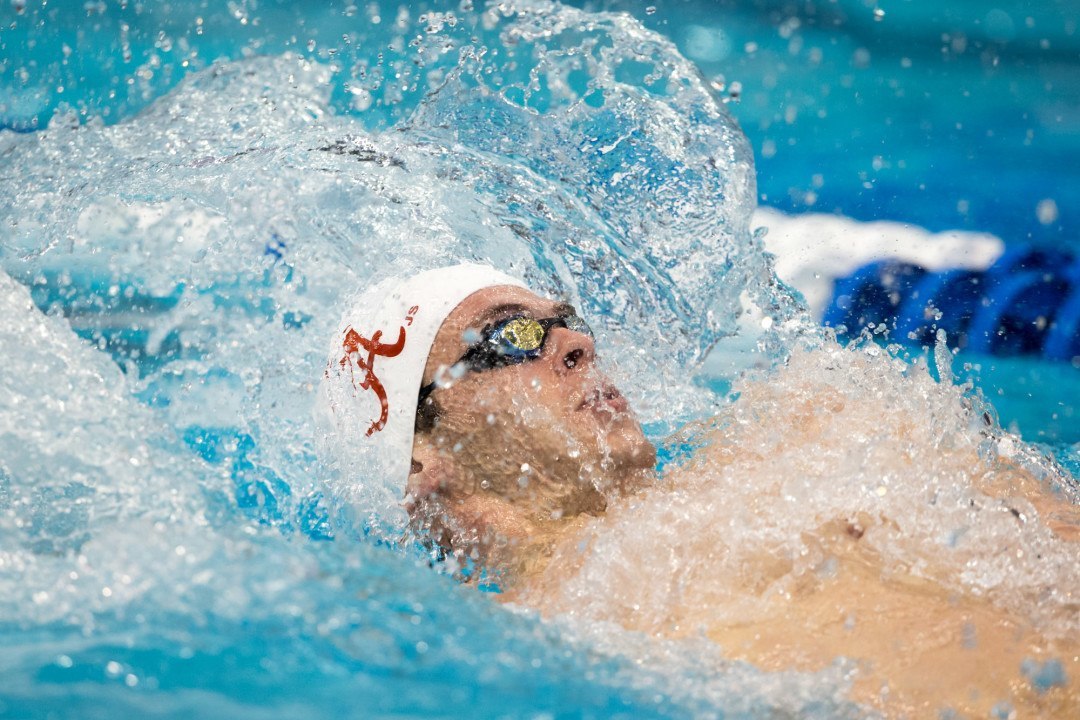 We dropped in on a Friday morning in Tuscaloosa, Alabama to the University of Alabama. On Monday/Wednesday/Friday mornings, the tide go long course. Current photo via Tim Binning/TheSwimPictures.com

At the final stop on the Southeastern Pancakes Tour, SwimSwam stopped in Tuscaloosa, Alabama to see what the crimson tide were up to. We dropped in on a Friday, and Monday/Wednesday/Friday mornings, the tide go long course. In the short group, they were focused on drills and technique, touching what they call “hydro freestyle” and running through skills that help create the neural pathways for that particular stroke. This included using “doritos”, a small, triangular shaped piece of foam, similar to a small kick board. These were used as resistance for one arm at a time, so you could focus on pressing down while still staying on top of the water.

In the longer group, they did a little bit of everything, but the most interesting thing was again what they did for their resistance work. Swimmers tied rope to their waist with sponges attached to the end, with anywhere from 1-4 sponges behind them. Associate Head Coach James Barber likes the body position the sponges keep athletes in, as opposed to chords, chutes, or towers, which can pull you slightly up or down.

What I find funny is that my club team uses sponges and the Doritos as well. Except for the Doritos, we use them when practicing higher hips as we kick.

Not everyone is sponge worthy.

Word on the street is that Tyler Sesvold ties his shoes using the bunny ear method.