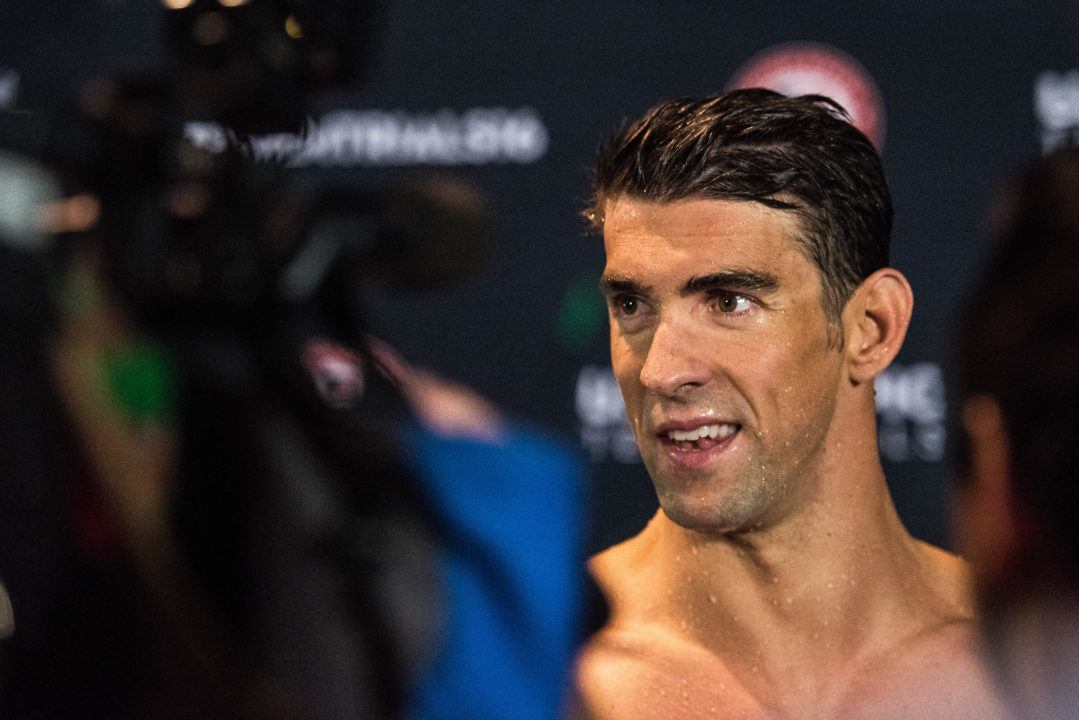 Michael Phelps joins 14 other swimmers on the historic list of swimmers who have made five or more Olympic teams. Current photo via Mike Lewis/Ola Vista Photography

Tonight, Michael Phelps swam 1:54.84 to win the 200 fly and secure a spot on his fifth Olympic team. 384 athletes in history have made five Olympic teams, a list including only 14 swimmers. Two of those swimmers, Derya Büyükuncu of Turkey and Lars Frolander of Sweden have participated in six consecutive Summer Olympic Games.

Phelps is the first American male swimmer to accomplish the feat, and matches the legendary Dara Torres, who also made 5 teams, as the only Americans to do so.

The Rio de Janeiro Olympic Games will be Phelps’s fifth consecutive Games, the first being the 2000 Sydney Olympics, where the fifteen-year-old who had yet to become the greatest of all time finished fifth in the 200 fly (1:56.50).

Only one other swimmer, Dara Torres (’84, ’88, ’92, ’00, and ’08) came from the United States, the country with the most consistently competitive Olympic selection process.

Pre-2016 swimmers with appearances at five or more Olympics:

Correct. The article posted the wrong time. You have it right. Good catch.

Therese Alshammar of Sweden qualified for her 6th Olympics earlier this summer. She’s missing from the list entirely…