Phelps Absent from Freestyles, Will Swim 200 Breast at U.S. Nationals 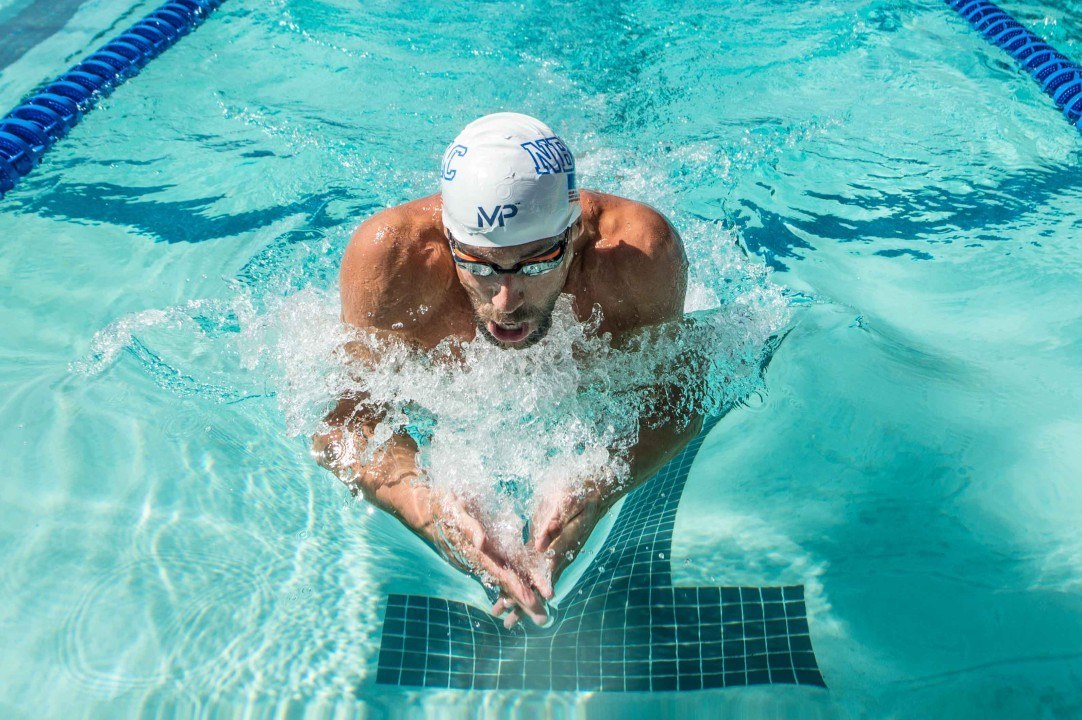 Interestingly, Phelps is entered as the 20th seed with a 2:15.46. The USA Swimming database only shows one result for Phelps in the 200 breast: a 2:18.79 from 2011. Stock photo via Mike Lewis/Ola Vista Photography

The psych sheet for the 2015 U.S. Nationals was released today, and one of the biggest surprises was the event schedule for Michael Phelps. Many have speculated that Phelps would post times at the U.S. Nationals in the freestyle races that would rank among the world’s best for 2015. That seemed like a definite possibility. But it’s not.

He will, however, swim the 200 breaststroke. This is an event we don’t see him compete in often, especially at end of the season taper meets. Interestingly, Phelps is entered as the 20th seed with a 2:15.46. The USA Swimming database only shows one result for Phelps in the 200 breast over the last 5 years: a 2:18.79 from 2011. That’s still under the cut time, but it’s pretty far out of the range of the qualifying period.

Nonetheless, we’ll get to see some national level breaststroke action from Phelps next week, something we haven’t seen in awhile. His best time is a 2:15.06 from Nationals in 2007. This will be the last event of the meet for him. The beginning of his schedule is somewhat predictable.

Phelps will kick off the meet on Friday with the 200 fly. This could be the most challenging event for him, with a stacked field talent entered in front of him. The fastest of those is Andrew Seliskar, who comes into the meet at 1:55.92 from the Arena Pro Swim Austin in January. We haven’t seen Phelps swim this event tapered since his retirement following the London Olympics. He has raced it twice already this year, and showed great progress – after a painful-looking 2:00 at the Arena Pro Swim – Charlotte meet, he looked much more comfortable in Santa Clara, where he swam a 1:57.62. With a long history of success in this event, Phelps could very well come out on top.

On Sunday, Phelps will race in the 200 I.M. His entry time in the 200 I.M. (1:56.04) gives him a 3 second advantage over the rest of the field. Barring scratches within the top 10, Michael Andrew will get a chance to swim alongside Phelps in the circle seeded heats of the prelims. Also among the American talent seeded behind him, Will Licon could step up to challenge Phelps. Licon is seeded 12th at 2:01.44, but made huge strides this past yards season to come very close to a few American records, including the 200 yard I.M. The owner of that record, David Nolan, will also be swimming this event. His entry time is relatively underwhelming. He sits 51st with a 2:04.41. Look for him to move up after having a big year in 2015 so far.

Interesting.
That was not expected.
No more love for freestyle?
What is sure is that his new love for breaststroke is only a temporary summer love.

Looks to me like he wanted to focus on one event a day, so he dropped the freestyles that clashed with his other events

Some readers are really merciless with swimswam contributors! 🙂
And I’m one of them.
But I think it’s good. At least it proves that we read what Lauren and her colleagues write from the start to the finish. Which is not the case of everybody here….

Shot fired from Bobo…yes many of us are too lazy I guess to read these articles. Thanks Bobo!

Sorry but when I see a “lazy” reader ask a question and the answer is in the first paragraph of the text, yes, that’s criminal! 🙂

It does happen. I will give you that my friend 🙂

I make mistakes just to find out if Bobo is watching 😉