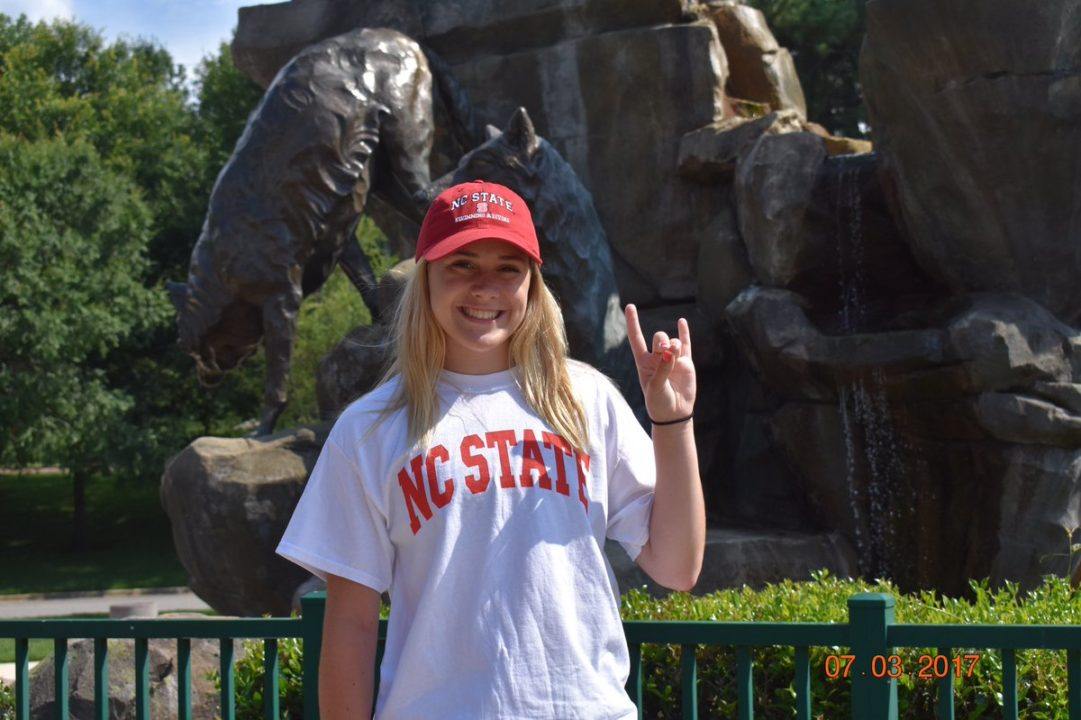 Quakertown, Pennsylvania’s Taylor Bennett made a verbal commitment to dive at North Carolina State University beginning in the 2018-19 season. Bennett is a senior at Quakertown Community Senior High School; she finished 6th in 2016 and 11th in 2017 at the PIAA Swimming and Diving AAA Championships.

Bennett dives for TNT Diving under coach Todd Michael. She was named to the NISCA All-American Team in 2016 and 2017. She has competed at the USA Diving Junior Regional Championships the last three years in a row and finished ninth in Region 2 on the three-meter board with 386.40 points in 2016.

Happy to say that I have committed to North Carolina State University for diving! ? #gowolfpack pic.twitter.com/N1ZPuRcmDc

The coach of TNT Diving is Todd Michael, not Michael Todd.

Nice pick up for the ‘pack! Congrats Taylor! Watched your video, you got some skills! 🙂