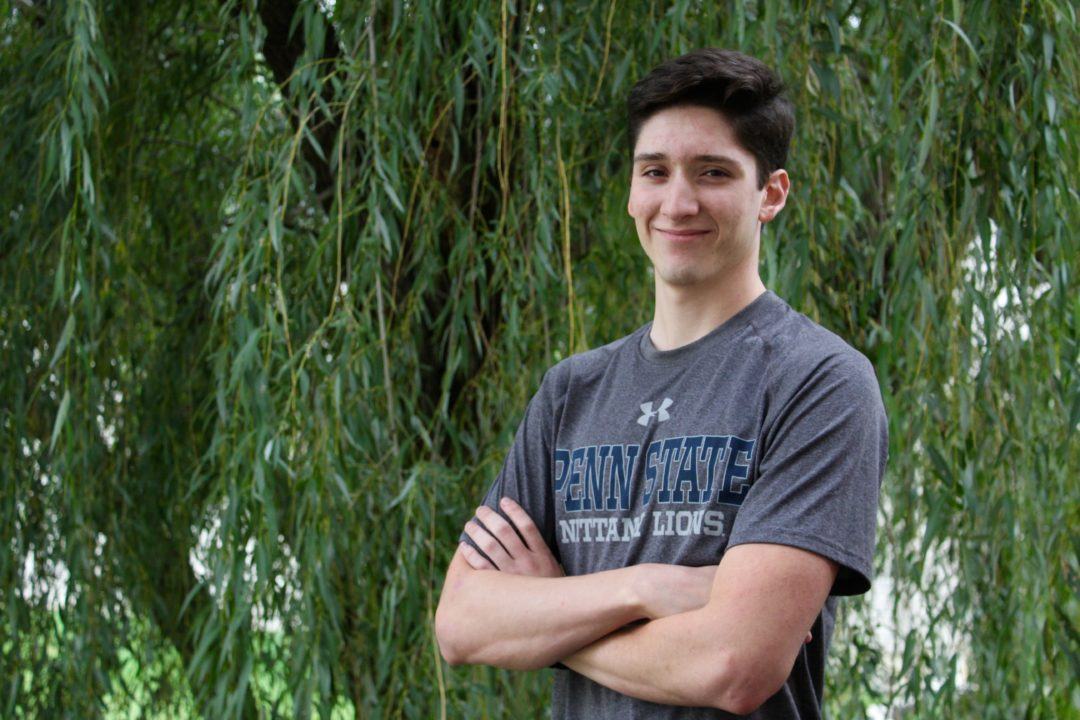 The Penn State Nittany Lions have picked up sprint commit Gabe Castano from the Parkland Aquatic Club in Pennsylvania. I made... Current photo via Gabe Castano

The Penn State Nittany Lions have picked up sprint commit Gabe Castano from the Parkland Aquatic Club in Pennsylvania.

I made my choice after I met all the coaches and the swimmers. They were very friendly and supportive and they treated me like I was one of them and I felt right at home. The academics at Penn State are great allowing me to pursue my major at a well recognized level.

Castano will join his Parkland club teammate Sienna Salvaggio next season– she’s a freshman with the Nittany Lions this season.

Born and raised in Mexico, Castano moved to Pennsylvania in 2009 as his father found an engineering job. Swimming is far from his first passion; Castano focused primarily on cycling for most of his life, and actually found himself within the top 10 at the 2013 USA Cycling Track National Championships. Over the summers, he competes in triathlons, and he only began swimming as a high school freshman.

Considering his recent start to the sport, Castano could have huge upside going into his freshman year with the Nittany Lions next fall. Shane Ryan is a stud sprinter for Penn State, and they’ll look to add depth around him as he returns for his senior season after an Olympic redshirt during the 2015-16 season.

Wow Gabe!! You look like a model in this picture!! Congrats on choosing a great school it’ll be a lot of fun and a great place to grow as a man, swimmer, and student