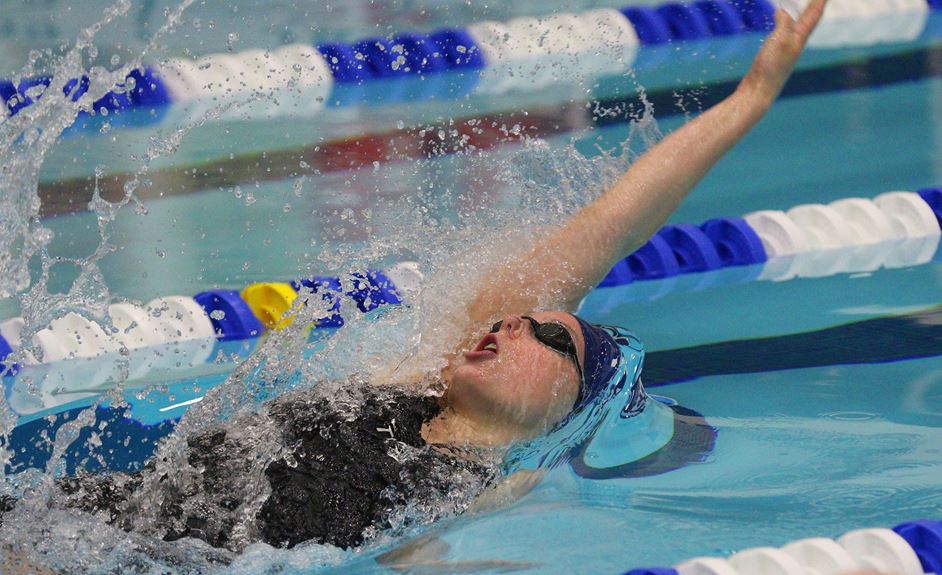 Morgan Bagnall of East Haven, Connecticut has announced her verbal commitment to attend Penn State for the fall of 2022. Stock photo via Penn State Athletics

“I am so excited to announce my verbal commitment to continue my athletic and academic career at Penn State University. Thank you to my friends, teammates, coaches and family for all the help and support. Can’t wait to be a nittany lion. #WEARE”

Bagnall is a rising senior at Lauralton Hall High School in Milford, Connecticut. At the club level, she represents Bulldog Swimming, where she is a USA Swimming Futures qualifier. During the Futures meet in Richmond last month, Bagnall was a finalist in the 200 freestyle and 400 freestyle. She also scored in the timed finals of the 800 freestyle and 1500 freestyle, placing 7th in the former of the two events.

At the 2021 Big 10 Championships, the Penn State women finished 10th out of 13 teams. In the distance events, the team was led by Madison Murtagh, who finished 15th overall in the 1650 freestyle. In that event, it took a time of 16:46.73 to score, putting Bagnall slightly under the standard. Bagnall would have been slightly out of scoring range in the 500 freestyle, where it took a 4:50.74 to qualify for finals. Bagnall will overlap one year with Murtagh when she arrives on campus, as Murtagh is currently entering her junior year.

With her commitment, Bagnall is set to join Krista Marlin, Nya Robinson, Julia Meisner, and Catherine Meisner in Penn’s class of 2026.