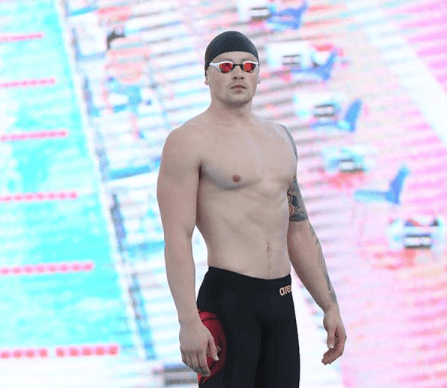 Olympic champion Adam Peaty put his mark on his signature 100m breaststroke event to kick-off day 2 prelims in Edinburgh this morning. The British Lion, who has recently been named leader of the ISL Team in London, crushed a casual time of 59.94 to easily sit atop the prelims throne heading into tonight’s final.

Peaty has already been as fast as 59.72 this year and is training through this meet with eyes on the British Championships prize to pave his way to Gwangju.

Alys Thomas is looking to collect her 2nd win of the meet, following up on her 200m fly gold from yesterday with a solid swim this morning in the 1fly sprint. Clocking 59.13, Thomas touched ahead of Denmark’s Jeanette Ottesen, who is making her post-baby international meet debut.

Ottesen earned a very respectable morning swim of 59.85 to sit next to Thomas come tonight’s final.

Additional top seeds of the morning came from Spain’s Joan Pons, who snagged a 400m IM effort of 4:23.58, while University of Stirling’s Aimee Willmott claimed top status in the women’s edition in 4:44.54.

Spaniard Jessica Vall took the top spot in the 50m breast in 31.74, while Danish athlete Signe Bro held fast in the women’s 200m free ahead of Freya Anderson. The pair touched in 2:01.80 and 2:02.07 to take the top seeds for tonight’s final.

He’s amazing. I always think back to my more formative years of swimming, which tends to be my frame of reference when evaluating times (not sure why that is), when a bunch of guys were flirting with that 1:00 barrier and it seemed to hover there for a while, it seemed so fast. I remember being amazed when Moses broke the barrier in the relay in Sydney. Now peaty breaks it in prelims of basically a nothing meet… I’d love to see him race in a speedo with no fly kick fully tapered just so we can see a comparison but I mean there’s no way he goes above 58 mid right? He’s really a special athlete.

Who really cares? This is MARCH in the USA when the NCAA CHAMPIONSHIPS occurs. This is REAL swimming and diving!!!

But their time is in LCM and not SCY 🙂

Every swim fan outside of USA cares.🙂

What was Peaty doing, swimming through a hologram?

NCAAs is an awesome meet, but people going world class times elsewhere still matters. As Finnerty and everyone else will discover, as they watch Peaty’s heels head into the distance at Worlds.

Wilby had faster 2nd 50 and not a bad time at all for now. He was much better than he was in Iowa