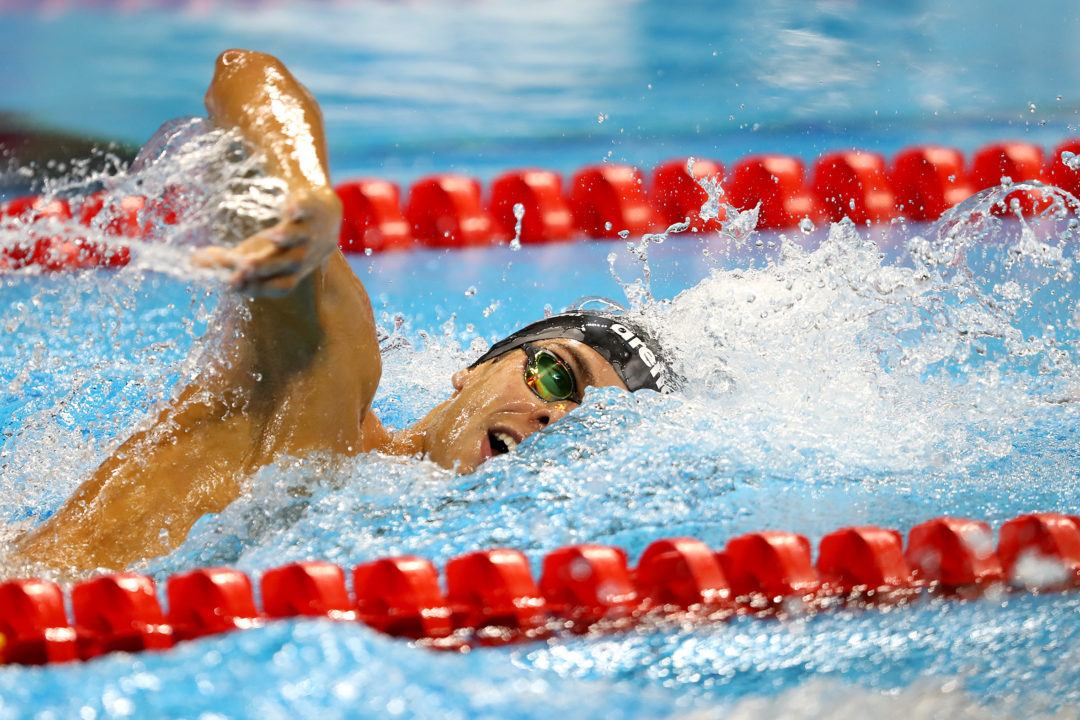 1500m freestyle Olympic champ and SCM world record Gregorio Paltrinieri has scratched the 400m freestyle on day 1 of the Short Course World Championships, leaving him with just the mile on his schedule for the meet. Paltrinieri was seeded 16th in the event with a seed time of 3:42.47, the time he did at the Duel In the Pool in Indianapolis a year ago.

One year ago at the SC European Championships Paltrinieri broke the longest standing world record on the books, Grant Hackett‘s 1500 record of 14:10.10, in a blistering 14:08.06. He followed up with a gold medal performance at the Olympics in Rio. He’ll be the favorite in that event later on in the week.

Even if Paltrinieri was in the mix, he still wouldn’t be considered a favorite in this race. Defending world champ Peter Bernek of Hungary is the top seed at 3:35.46, followed by Olympic bronze medalist Gabriele Detti of Italy, Norway’s Henrik Christiansen and Russia’s Aleksandr Krasnykh.

The men’s 200 fly will also be one to watch, with Chad Le Clos, Tom Shields and Daiya Seto all vying for the top spot. Vladimir Morozov and Cameron van der Burgh highlight the men’s 100 breast, while Alia Atkinson and Lilly King headline the women’s 50 breast. Mitch Larkin will compete in the 100 back this morning, and the men’s 200 IM will feature Americans Josh Prenot and Michael Andrew, along with China’s Wang Shun and Seto.

Is there a site you can watch the meet online??

If you’re in Canada, the meet is live on CBCsports

it’s already tough for him at any distance below 800, in SCM and with his relatively poor turns it was going to be humbling