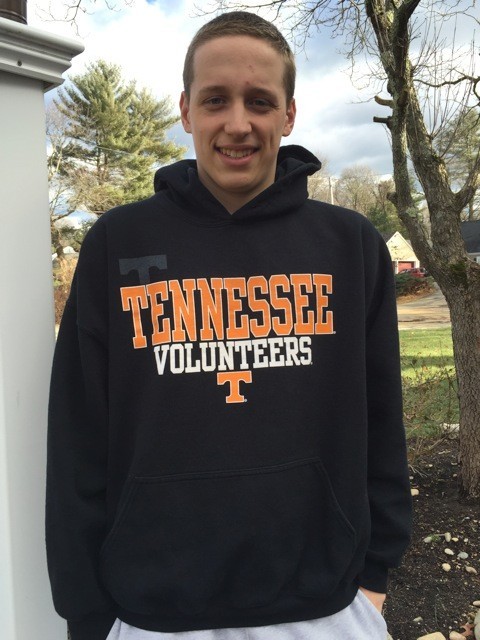 Sam Rice of the Weymouth Club Waves near Boston has verbally committed to join the Tennessee men’s swimming team in the fall of 2015.

“I chose Tennessee because I felt like a part of the team right away,” Rice said of his decision. “The coaches and the training environment made it a perfect fit for me. I’m excited to be a part of one of the best distance programs in the country.”

While the pool times won’t blow anybody away in the SEC, Rice’s migration south to Knoxville makes sense when looking at his participation in open water swimming. Rice finished 35th overall in 2014 in the 10km swim at the U.S. Open Water National Championships, and in the 5k was 11th among 18 & unders.

At Tennessee, he will run head-long into the best open water program on the East Coast (if not the whole country), led by Tennessee assistant Tyler Fenwick. Among the undergrads at Tennessee include Evan Pinion and David Heron. The most recent addition to that group is pro swimmer Alex Meyer, who was the male representative in the 10k at the 2012 Summer Olympic Games.

In addition to an impressive group, Rice has a fantastic build for a distance swimmer – he’s 6’2″ tall and weighs only 160

Upounds. With a little muscle, and a lot of leverage, he has big distance potential.

Tennessee has demonstrated the ability to build distance swimmers in a hurry. A prime example includes the graduated Bryce Bevier. In four years at Tennessee, he’s dropped more than two minutes off of his 1650 time (he now goes a 15:22.6) and 19 seconds off of his 500 free (he now goes a 4:26.5).