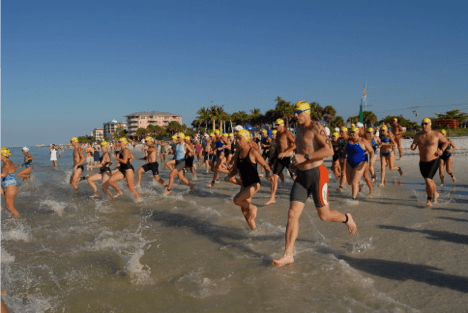 Just a little over six years ago Fran Crippen past away while competing in an Open Water Event. As community, Open Water... Current photo via Open Water Planet

Just a little over six years ago Fran Crippen past away while competing in an Open Water Event. As community, Open Water Swimming will never get over that day and the sport will never be the same. There are two parts to the Open Water story; before Fran Crippen and after Fran Crippen. But luckily, thanks to Fran’s family and friends his legacy lives on through the Fran Crippen Elevation Foundation. The foundation advocates for better open water safety protocols and supports swimmers helping them to achieve their dream by lessoning their financial burden. 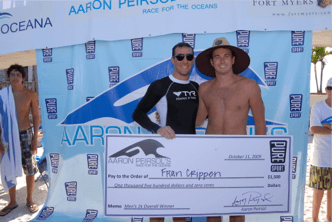 Earlier this year Open Water Planet and the Fran Crippen Elevation Foundation partnered to push the cause further. The foundation was at a cross roads in deciding how to best honor Fran’s legacy and how to make as much impact as possible in raising awareness about safety protocols in Open Water Swimming.

This weekend the city of South Padre Island and Open Water Planet in partnership with the Fran Crippen Elevation Foundation will be hosting the South Padre Island Open Water Festival. It was important for the FCEF to know this would be, first and foremost, a safe event. “That’s where Gregg Cross and Open Water Planet come in,” said Maddy Crippen, Fran’s sister and executive director of theFCEF. “We’ve run several FCEF events with Gregg over the years and we know if he’s overseeing the race its going to be safe.”

But South Padre and Open Water Planet wanted more. “I wanted to push the standard even higher.” said Open Water Planet founder, Bobby Brewer. “I was good friends with Fran and this is personal. I took a lot of notes in speaking with the Crippen’s and brought Gregg Cross on board. We turned down a lot of potential host cities simply because they could not guarantee our safety standards. On South Padre Island, we’ve added marine and land support from, not one, but two local Police Districts, the SPI Fire Department, Ocean Rescue, and the Coast Guard. We have former military security advisors. We’ve got volunteers from the local nursing school, a local professor who specializes in water quality, and an abundance of lifeguards. Minimums want cut it. Whether we have 100 swimmers or 1000 swimmers, we have a full force deployed on race day. That’s what our swimmers deserve.”

It is a new era in Open Water Swimming. Things had to change but the future is bright. Our governing bodies have stepped it up at the highest levels, our race directors are more knowledgeable, and groups like Fran Crippen’s Elevation Foundation and Open Water Planet are helping to raise awareness for the importance of safety protocols in the sport.

Thank you Fran for all you did and all you continue to do for our sport. You wanted to see Open Water Swimming elevated to get the respect it deserves. You were always willing to fight for that. We will always remember that and we will continue the “Elevation.” 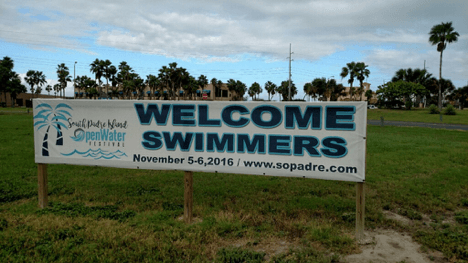 Hank Randy is a freelance swimmer (and writer) based out of South Padre, Texas. Randy has a passion for swimming and travel and writes about adventure travel based around Open Water Swimming. Currently Hank Randy is writing and helping with the South Padre Open Water Festival held on South Padre Island, TX on November 5-6, 2016.

This was a great event, the San Antonio Wave will continue to participate. Thank you to the OWP team for putting on a class act weekend of activities.