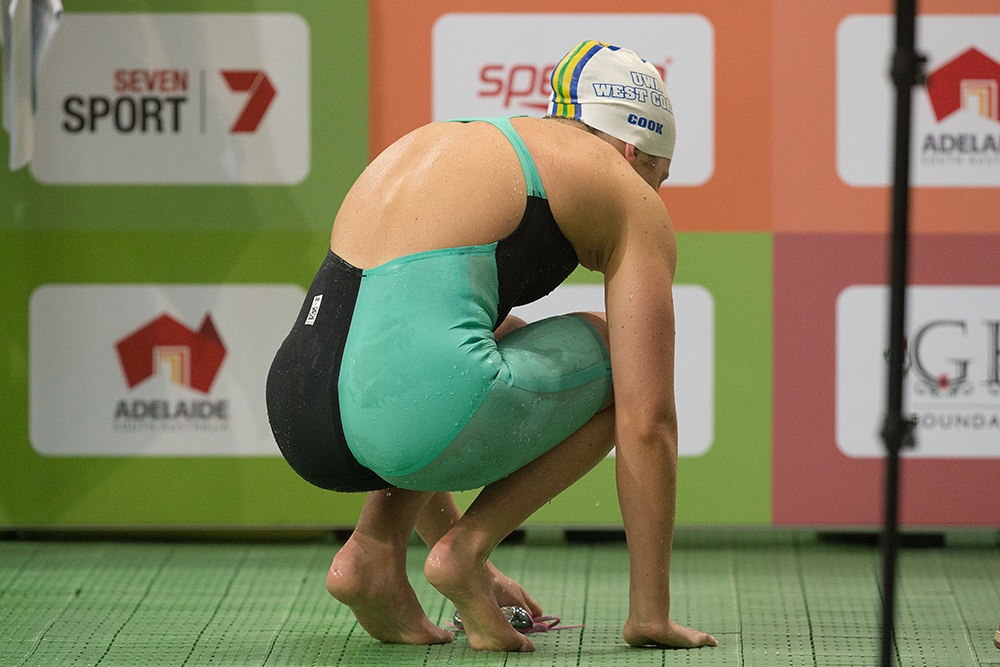 Taking a look at Australia's recent relay blitz, a West Australian's name jumped out from the results in the form of 2016 Olympian Tamsin Cook. Archive photo via Steve Christo

As we reported earlier this month, with the bulk of the Australians having withdrawn from the International Swimming League (ISL) due to coronavirus-related travel restrictions, many still had the chance to get wet in the form of virtual really time trials.

Taking place at various locations from October 22nd through October 26th with times compared virtually, athletes were drafted onto official teams to contest both traditional events, as well as hybrid races.

Look for a full meet recap to follow, but, right off the bat, a West Australian’s name jumped out from the results in the form of 2016 Olympian Tamsin Cook.

As of June 2018, Cook had temporarily hung up her goggles, taking an indefinite break from elite competition swimming at just 19 years of age.

“My plans are just to focus on my university, focus on my goals in that area and have a normal life for a little while,” she said at the time.

Cook had already taken a break and opted out of 2017’s Australian Nationals and, subsequently, the 2017 World Championships, but then was delayed further due to a car accident.

She competed at the 2018 Commonwealth Games Trials where she finished 10th in the 400m free, not quick enough to be in the pool for her home Games on the Gold Coast.

Cook raced just once at this relay blitz, as a member of the West Coast Wizards’ women’s 4x200m freestyle relay with the now-21-year-old registering a 2nd leg of 2:04.38. With a lifetime best LCM of 1:58.14, her time here suggests she has indeed been out of the water, but we’ll update as soon as we have more information.

We’ve reached out to Cook’s training base of UWA West Coast for more details on whether her racing at this relay blitz was a one-time thing or the first step in a possible return to competition.

If Cook is in fact returning to competition, the freestyle ace can only add even more depth to the Australian 800m free relay once she comes back to form. The foursome of Ariarne Titmus, Madi Wilson, Brianna Throssell and Emma McKeon set the new World Record in the 800m free relay at last year’s World Championships, clocking a time of 7:41.50.