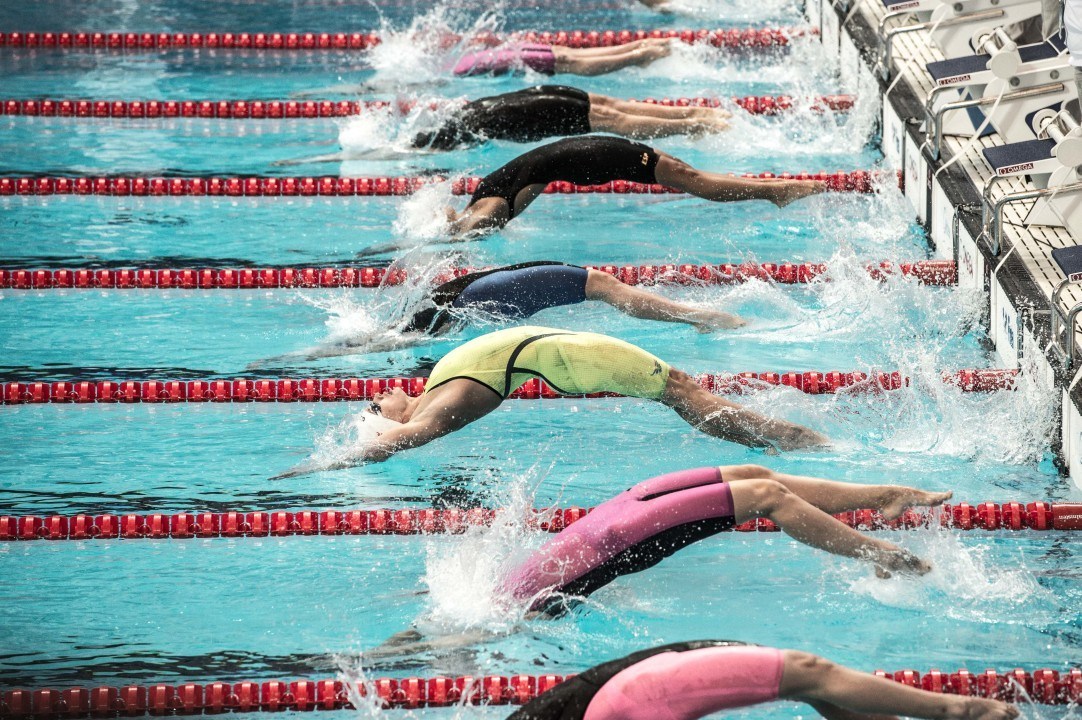 Yesterday Mollie O’Callaghan busted out a new Australian National Age Record in the 200m back while competing on day 1 of the 2020 Queensland Short Course Championships. With day 2 now having wrapped up from Brisbane, it’s evident O’Callaghan was merely just getting started.

First the women’s 200m freestyle, O’Callaghan punched a lifetime best of 1:55.24 to take the top spot for 16-year-olds. Splitting 56.66/58.58, O’Callaghan’s 2free outing today not only crushed the rest of her peers, but her result wiped out the age record by over a solid second. The old record stood at the 1:56.30 Ellen Fullerton put up in 2009, a mark which also stood as the Queensland Record for this age.

Next up for the speedy teen was the 100m backstroke, where O’Callaghan once again was on fire. Cranking out a time of 57.00, O’Callaghan not only collected another gold, but she knocked .08 off of the Aussie National Age Record in the event. That previous record stood at the 57.08 eventual World Record holder Minna Atherton established in 2016.

Splits for O’Callaghan’s 100m back effort here included 27.39/29.61 to build up to a huge age record and monster PB. Swimming Australia’s database has O’Callaghan’s previous career-quickest resting at the 59.14 she logged last October as a 15-year-old.

Finally, in the 100m free, O’Callaghan blasted another lifetime best and near-age record to top the women’s podium for 16-year-olds. O’Callaghan nailed a winning effort of 53.10 to come within half a second of Emma McKeon‘s 52.63 age mark from 2010.

Of note, O’Callaghan was named to the NY Breakers roster for International Swimming League (ISL) season 2 but withdrew due to Australian travel restrictions. For perspective, O’Callaghan’s 100m and 200m free times here would have rendered her the 8th place finisher in each at last year’s ISL final in Las Vegas.

However, her 57.00 100m backstroke performance would have slotted O’Callaghan in 5th place in the Las Vegas final, grabbing 5.0 points according to last year’s scoring system.

Could Mollie be a bolter for the Aussie team for next year, I think so.

She was faster than Minna and Emily in the 100 back!