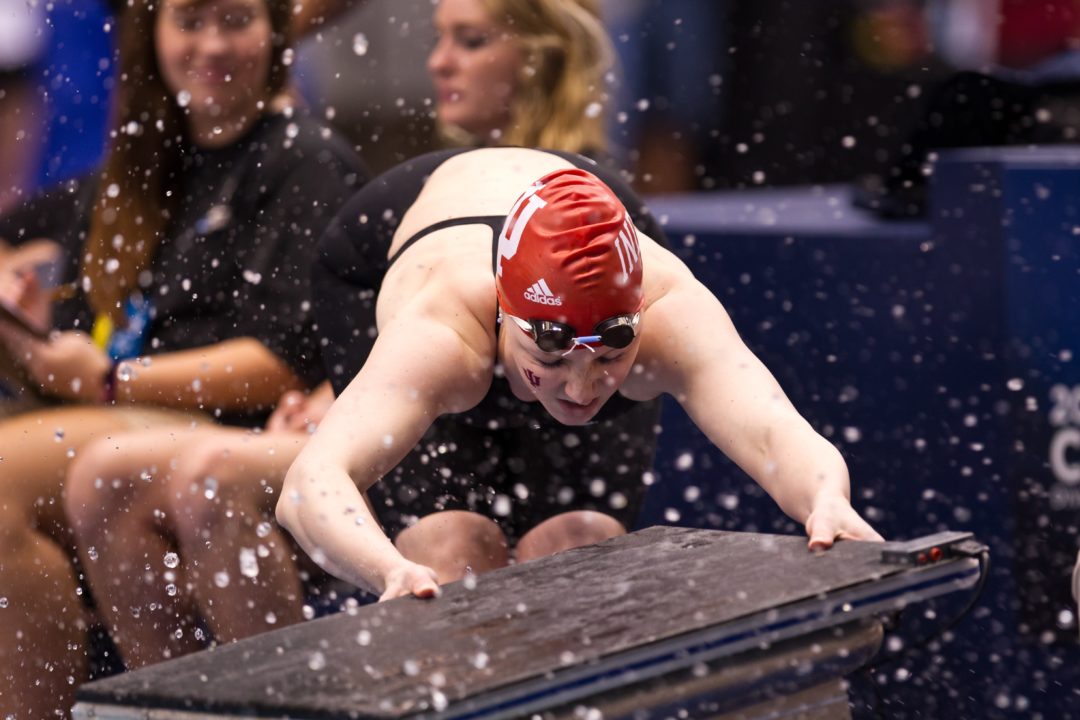 4AM wakeup calls aren't any Archive photo via Tim Binning/TheSwimPictures.com

Former Indiana Hoosier Margaux Farrell, who was a prelims swimmer on France’s 800 free relay at the 2012 Olympic Games that took a bronze medal, has been named the new morning anchor for the Fox affiliated based out of her home state of Connecticut.

Farrell, who attended Amity High School, graduated from Indiana in 2012 before taking a year off and then earning a Master’s Degree in journalism in 2016. She has worked at several Fox affiliated in her career, including in San Angelo and Abilene, Texas, before being hired as a morning reporter on Fox61 in 2017.

Farrell’s morning news show begins at 4AM (something that years of morning practice has surely prepared her for).

Besides her Olympic medal, she was a member of France’s 800 free relay at the 2010 European Aquatics Championships that won silver – that time, swimming in the finals relay. She finished her time at Indiana with 12 All-America honors.

The secret is out! I’m excited to be continuing my career in my home state, only this time as a weekday morning anchor on @FOX61News! I’m so happy to be able to start my mornings with all of you! ❤️❤️❤️ pic.twitter.com/lew732bvDv