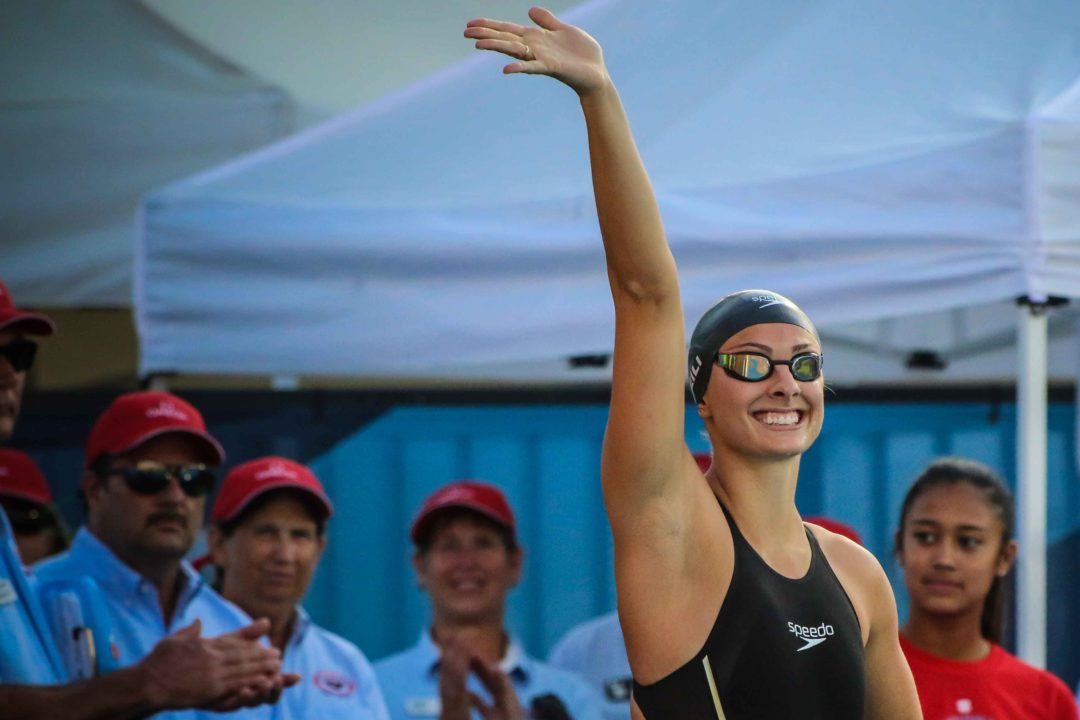 Two-time Olympic medalist Katie Meili is set to visit NOVA of Virginia Aquatics on Sunday on behalf of the USA... Current photo via Jack Spitser

Two-time Olympic medalist Katie Meili is set to visit NOVA of Virginia Aquatics on Sunday on behalf of the USA Swimming Foundation and their annual Swim-a-Thon fundraiser.

Meili, who burst on to the swimming scene in Rio earning gold in the 4×100 meter medley relay after swimming the breaststroke leg in the preliminary heats and a bronze in the 100 meter breaststroke, will be at the Richmond, Virginia facility from 2:30-6 p.m. ET Sunday.

During the visit, Meili will teach swimming clinics to swimmers of all ages and speak about her experiences as an Olympic athlete. In addition, Meili will sign NOVA of Virginia Aquatics’ famous Olympic wall.

NOVA of Virginia Aquatics raised $116,039 during their 2017 Swim-a-Thon, winning the USA Swimming Foundation’s Swim-a-Thon Contest Grand Prize of a personal club visit from Olympian and 2017 Swim-a-Thon Ambassador Katie Meili. NOVA won the grand prize out of over 550 clubs nationwide.