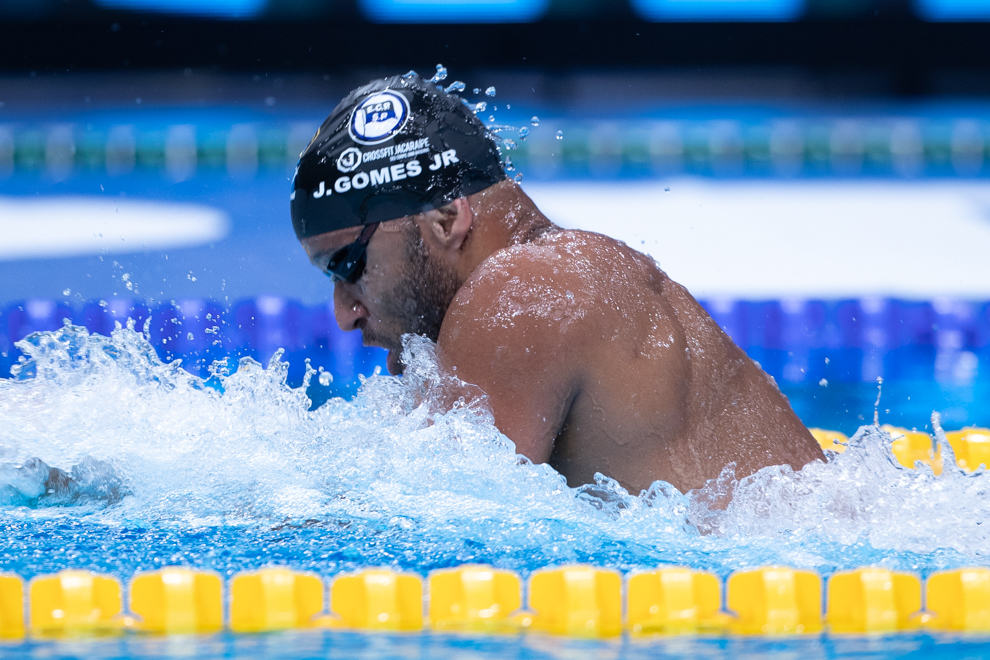 He was supposed to be among the first batch of Brazilian Olympic hopefuls flying to Portugal this Friday for a training period between July and December. Current photo via “Rafael/Domeyko Photography”

Brazilian breaststroker Joao Gomes Jr, a finalist in the 100 breast at the 2016 Olympics, has tested positive for COVID-19 in Brazil, per Globo Esporte. He was the 50m breast bronze medalist at the 2019 World Championships.

The timing is unfortunate for Gomes Jr, as he was supposed to be among the first batch of Brazilian Olympic hopefuls flying to Portugal this Friday for a training period between July and December. The Brazilian Olympic Committee’s plan is to ship around 200 athletes in gymnastics, judo, artistic swimming, boxing and swimming to Europe to get consistent training and preparation in for the 2021 Tokyo Olympics.

Right now, entry into Portugal is restricted to nationals and foreigners with legal residence in Portuguese territory, as well as citizens of the European Union. Brazil‘s Olympic Committee, however, received permission from the Portuguese government by way of the Portuguese Olympic Committee to allow entry for their chosen athletes by deeming their training ‘professional activity.’

Athletes have to test negative for COVID-19 in a test up to 72 hours prior to their flight out of Brazil in order to gain entry. Gomes Jr was tested on Monday, a day earlier, because he had symptoms.

According to Globo Esporte, from this first batch of 74 athletes, 15 swimmers (including Gomes Jr) were listed to train in Rio Maior, Portugal, though nobody will be replacing Gomes Jr.

Wishing him a speedy recovery like his speedy breaststroke!

Wonder if breaststrokers are more susceptible to COVID-19?

Yes, it has to do with knee flexibility