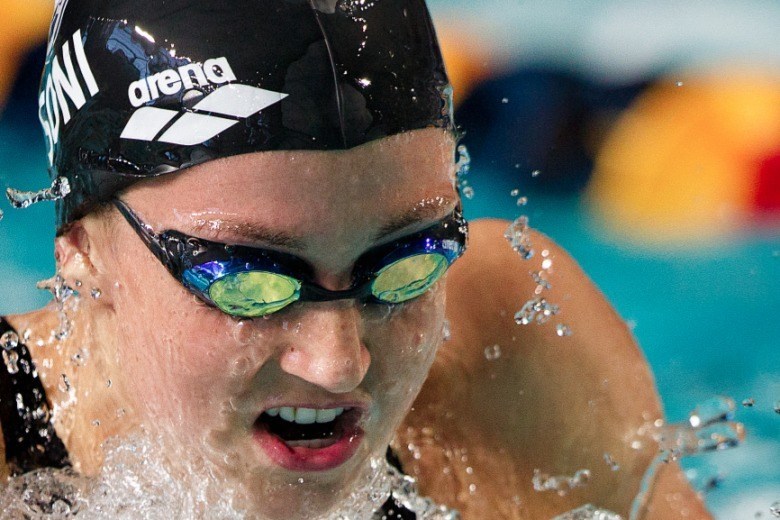 RICH ROLL PODCAST WITH REBECCA SONI Rebecca Soni gets the Rich Roll treatment, nearly two and half hours of conversation...

Rebecca Soni gets the Rich Roll treatment, nearly two and half hours of conversation on the swim life; nutrition, wellness and spirituality.  Soni is no stranger to swimmers and swammers.

I really enjoyed this. It’s worth taking the 90 minutes to listen to it.

I did also really enjoy the whole intervieuw ! it’s so interesting to get into how it’s like to be an olympian and everything that it requires + all the ups and downs to manage . Well done Rich Roll .

Sometimes on SwimSwam, the least controversial articles get the least comments but turn out to be some of the better reading. This was one of those for me for sure.

Great interview, she may be retired but Rebecca is still a class act. Thanks SwimSwam for pointing this out – looking forward to part 2.

And I loved the pic with her gold medal 🙂

Rebecca is so relatable. As a swimmer about to head off to college who has had his ups and more recent downs, it’s great to hear from someone who has gone through struggles that I go through too. I hear so often from coaches how mentally strong the most elite athletes are, and it almost seems to me as though they are made out to be impervious to everything going around them. It’s good to hear stories from the type of person Rebecca conveys through this great podcast. Thanks so much.