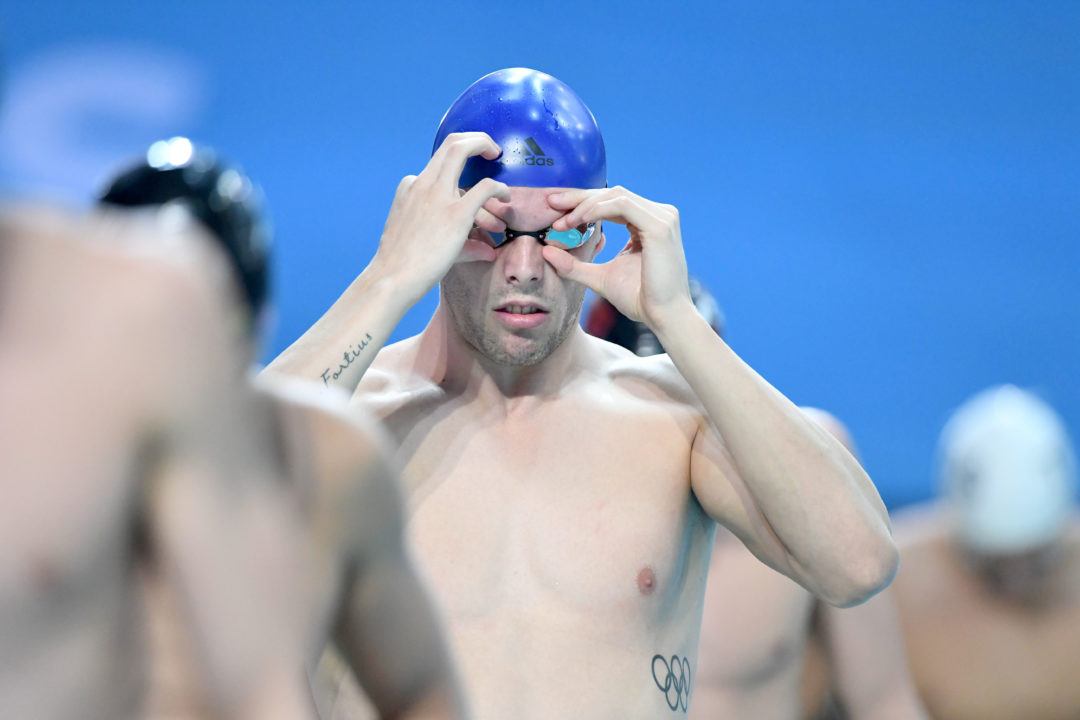 The symptoms of this heart condition, from which American breaststroking icon Rebecca Soni, as well as Aussie freestyle ace Jack Cartwright also suffers, include rapid heartbeat, shortness of breath, a pounding sensation in the neck and fainting. (Mayo Clinic)

“3rd time lucky 🙏 fingers crossed today’s heart surgery fixed the problem once and for all. Thanks again everyone for the love and support,” is what Chalmers posted on Instagram today, August 26th.

Chalmers underwent surgery in 2017, which kept him out of that year’s World Championships and made his racing return at that year’s South Australian Division I meet.

It didn’t take long for the freestyling dynamo to bring his performances back up to speed, reaping 4 golds at the 2018 Commonwealth Games. He followed that up by taking 3 national titles at this year’s Australian National Championships and topped off his season with 4 medals, including the aforementioned 100m freestyle silver, in Gwangju at the 2019 World Championships.

It’s not known how long Chalmers will be out of the pool or if there will be any after-effects heading into Tokyo. But if his rebound from previous surgeries is any indication, Chalmers will be back to his speedy ways in no time.

3rd time lucky 🙏 fingers crossed today’s heart surgery fixed the problem once and for all. Thanks again everyone for the love and support.

Oh no. Well hopefully all is well for him and his condition is fixed. It’s still so sad to see such a talent be once again held back by such an invasive surgery. After 2017 it took him a while to get back to the level he was at this year, and with this it seems like it would take a miracle for him to be in the right shape for the Olympics. I hope he sticks with the sport. Between the second huge setback, already reaching the pinnacle of the sport (Olympic gold In the marquee event in swimming), and the public fact that he has more passion for aussie rules than he does for swimmimg, it is easy… Read more »

It’s a form of football

A terrible one, but then I’m from Sydney.

They do this through an arterial catheter right? Like it’s not open heart surgery?

Considering he has no major scaring on his chest, I believe that is how they do it.

It’s as invasive as having a large IV in the wrist, but certainly has risks associated with the procedure as the catheter advances to the heart chamber where his arrhythmia originates

Yes, it is a bit of a stretch to call it surgery in my opinion. There aren’t any knives involved.

A lot of masters swimmers and cyclists wind up getting this procedure (ablation) One guy on my masters team has had it done a bunch of times (5 maybe, can’t quite recall).

But I hope Kyle can recover quickly and be in top form next year. If he and Dressel are both at their best that 100 free race should be epic.

It depends on the situation. My mother has had multiple ablations done without general anesthesia, only a local anesthetic. This was due to the heart arrythmia only occurring when she was awake. Said it felt like her heart was being burned for hours. Not suggesting that this is common or that Kyle’s is like this, but rather that just because no knives are used doesn’t mean it isn’t a serious surgery.

Invasive certainly…. but much easier recovery than having your sternum split open. He could be back in the eater in a week or two…. open heart surgery would cost his months.