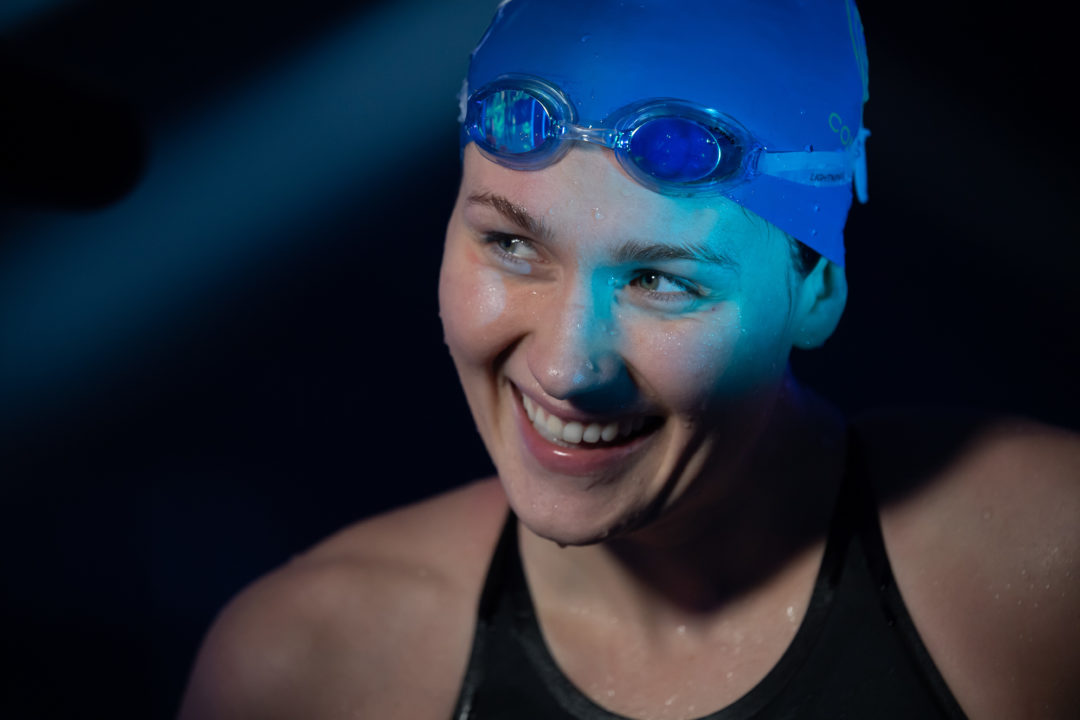 Olivia Smoliga punctuated her 2020 ISL season with a new American Record in the women's 100 backstroke to win in the Grand Finale. Archive photo via Mike Lewis/ISL

While she’s continued to win, and that’s important in the ISL format, her times haven’t been quite at that level in this meet.

But on Sunday, in the final day of the final meet of the season, she swam a near-perfect race to crush her own American Record in the 100 back, swimming 55.04. That broke her own record of 55.47 set at the 2018 World Short Course Championships.

Smoliga went out aggressively in her swim on Sunday, and was still able to finish faster than in her previous best time. It was the opener that returned her to fast swimming this season – in the semifinals, for example, she was out in 27.28 en route to a 55.99 finish.

Smoliga has 8 backstroke wins in 10 swims in her ISL career, including 4-of-5 this year after losing in Match 8.

The swim for Smoliga is also the 3rd-fastest performance in history.

Minna Atherton, who holds the World Record and 3 of the 5 best performances in history after a breakout year last season, isn’t participating in the 2020 season of the ISL, like most Australians.

Good site when it comes 2 swimming news and compitiation contest

Great article for a charged-up champion. Typo in this sentence: “But on Sunday, in the final day of the final meet of the season, she swam a near-perfect race to crush her own World Record in the 100 back, swimming 55.04.”

The title correctly says American record too, so kindly change the article contents thanks