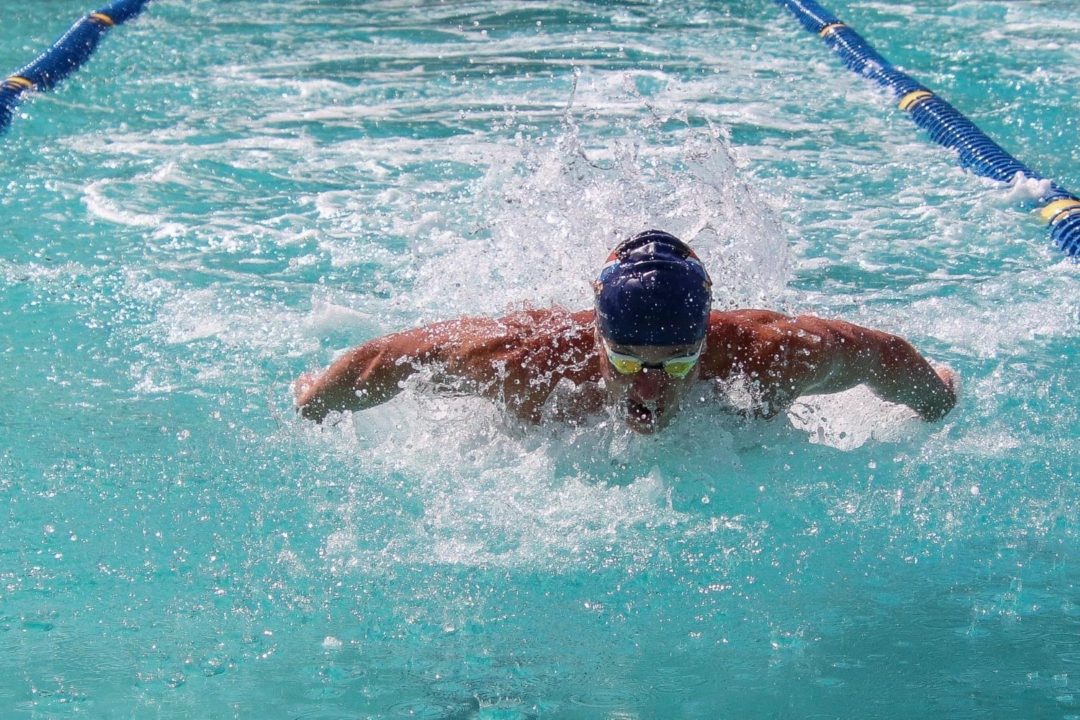 South African National Championships 50 free finalist Martin Wolmarans has committed along with 3 others to join Northern Michigan in the fall of 2021. Current photo via Marius Wolmarans

The Northern Michigan University Wildcats have picked up 4 new commitments for the fall of 2021. That group is led by South African Martin Wolmarans, one of the top junior swimmers in South Africa.

He’ll be joined next fall by New Mexico native Jackson Cotter on the men’s team, while Abigail Harned and Zoe DeKievit will join the Wildcats’ women’s team.

Wolmarans, from Port Elizabeth, South Africa, is the jewel of the class, with a long course best of 23.60 in the 50 meter free.

That time converts to 20.54 in yards, and if he’s able to hold that up and carry it forward into short course yards (his short course meters 50 free has been as good as his long course 50 free), that leaves him within a few tenths of an NCAA invite as just a freshman.

He currently trains under coach Sheena Price for the PEA swimming club.

“I’m extremely proud and excited to announce my commitment to North Michigan University. I’m very grateful I get to continue my academic journey at such a beautiful and fantastic school. I see many great opportunities ahead of me. Thank you to all the people who truly supported me along the way. I can’t wait to be a Wildcat!”

Jackson Cotter, who trains with the Vipers of Albequerque and Cibola High School, was the New Mexico High School runner-up in the 500 free as a sophomore in early 2019, swimming 4:49.75. He wasn’t quite as good as a junior, placing 4th in a 4:53.

Both times were raced at altitude, and using USA Swimming’s altitude adjustment factors, that brings him down to a 4:44.

Best Times in Yards, and altitude adjustments where relevant:

A distance swimmer coming down from altitude has tantalizing prospects for the Wildcats.

“I am super excited to announce my verbal commitment to dive for Northern Michigan University!”

A native of Bay City, Michigan, in the lower peninsula, Harned will stay in state, albeit still a 5+ hour drive across the Straits of Mackinac to Northern Michigan’s campus in the Upper Peninsula.

Harned, a diver, is one of the state’s better performers in the class. She is a qualifier for the USA Diving Junior Region 5 Championships, where she specialized in springboard diving (there is no platform at the NCAA Division II national championships).

At the 2019 Michigan Division 2 State Championship meet, she finished 9th overall on the 1-meter springboard.

As a demonstration of her athleticism, Harned actually swam for Bay City Western High School at their district and league championships as a freshman and a sophomore, and at a district championship as a junior. She’s been as fast as 58.9 in the 100 yard free and even swam on her team’s “A” relays.

A young diving crew for the Northern Michigan women helped propel them to last year’s conference title. That includes freshman Mandy Baird, who was 4th on both 1-meter and 3-meter, and sophomore Mary Grossman, who was 8th on 1-meter and 2nd on 3-meter.

“I am super excited to announce my verbal commitment to Northern Michigan University! I am so thankful for my family, friends, teammates, and coaches who have helped me get to this point! Go Cats!”

Another Michigan native, from the rich recruiting grounds of Holland on the western shore of the state, DeKievet finished 7th in the 100 breaststroke at the Michigan Division 3 Championships last fall representing Holland Christian. Her best time of that meet was a 1:06.26 in prelims, and she added to that a 9th-place finish of 58.10 in final of the 100 fly.

Primarily a breaststroker, she should quickly pick up for outgoing senior Katharine Springhetti (pending Springhetti’s exercise of the option to extend her eligibility for another season).

All 4 additions should have an immediate scoring impact for the Wildcats as freshmen at the GLIAC Championships, where the women were conference champions last season and the men placed 3rd.

Among the group, the South African sprinter Wolmarans has the most potential to qualify for the NCAA Championships as a freshman. Last season, it took 20.11 to make the cut.

On the women’s side, Krevitz’s best time in the 200 breaststroke would have put her in the top 6 at the GLIAC Championships, and leaves her only 3-and-a-half seconds away from an NCAA invite.

Northern Michigan has a powerful senior class scheduled for graduation after this season, on both the men’s and women’s side, so they’ll need these freshmen to pick up some slack as quickly as possible.