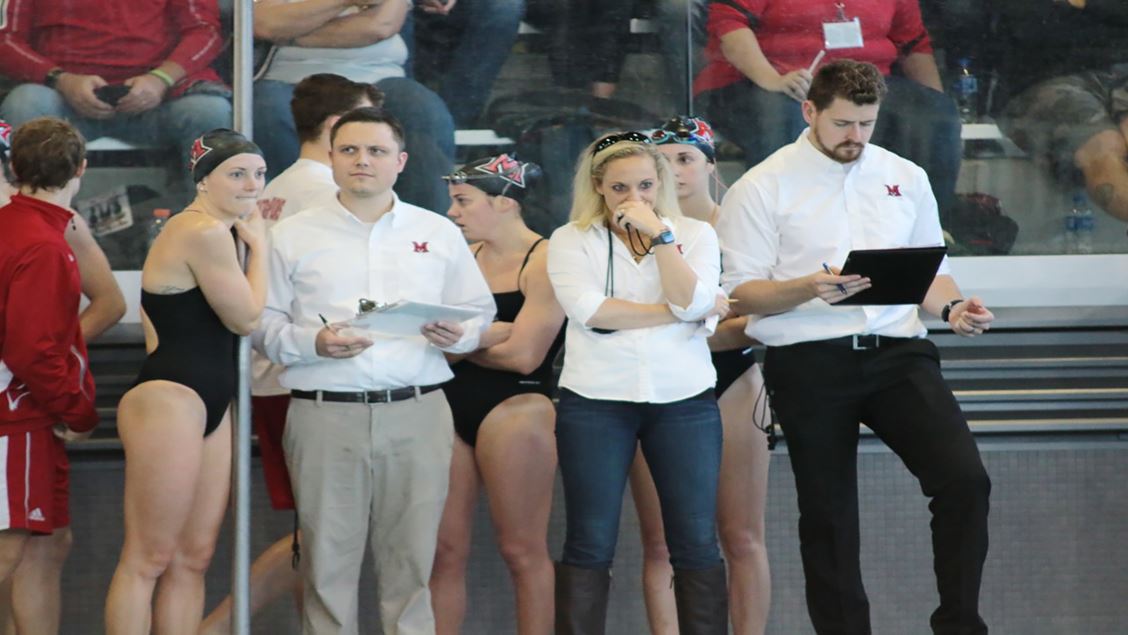 BOSTON— Northeastern swimming and diving head coach Roy Coates has announced the hiring of Ryan Rich as an assistant coach on Tuesday.

“I am extremely happy to have Ryan join our staff,” said Coates. “He brings a wealth of knowledge and experience to our program. Ryan’s demonstrated ability to recruit and relate to his athletes at four different Division I institutions made him the easy choice for this position.  I am confident that we will work well together.  His passion, work ethic and skills will definitely make our team better.”

Rich joins the Northeastern staff after spending the past two years at Miami (OH) as an assistant coach and recruiting coordinator. While at Miami, Rich served as the lead distance coach.

While with Miami, Rich helped lead the men’s team to the 2019 MAC Championship, the first since 2006 for the program. Rich coached four individual conference champions and one conference record holder. In addition, Rich’s athletes had seven NCAA B cuts and five school records during his tenure with the RedHawks.

Prior to joining Miami, Rich spent two seasons as an assistant coach at North Dakota. He served as a distance coach with the Fighting Hawks’, coaching a pair of 2016 Olympic Trials qualifiers. The distance swimmers at North Dakota set eight school records during his time with the program.

Before North Dakota, Rich spent a season as a graduate assistant with Tulane. With Tulane, he helped coach a team that broke 11 school records.

Prior to Tulane, Rich was a volunteer assistant women’s swimming coach at Purdue University. Rich helped mentor eight NCAA Division I qualifiers, while the Boilermakers took 25th at the NCAA Division I Championships.

Rich got his start in coaching in 2005, holding numerous positions at the club and high school level. Rich was named the 2013 Boston Globe swim coach of the year. He served as the head coach for three Massachusetts high schools, including Mount Alvernia High School, Newton North High School and Brookline High School.

Rich was a competitive swimmer for six years before making the jump to coaching. A graduate of Providence Academy (Minn.), Rich holds a bachelor’s degree from the University of St. Thomas and master’s degrees from Boston College and Boston University.

Ryan Rich baby! Northeastern is getting a good one!

Another HBC assistant bites the dust

Anyone have a count on holly bonwit-crohn assistants that left since her taking over at Miami? She must be good at mentoring young coaches right?

Going into 4th year, she’s had 6 assistants leave the program

Vote Up9-7Vote Down Reply
Not everything is a conspiracy

Maybe some of them did well at Miami and are moving due to upward mobility?

why Is one of her best swimmers that she brought from Brazil on the transfer portal then?

Are we talking about assistant coaches or swimmers? Maybe he realized he didn’t like the cold? Maybe he wants harder competition in practice? If you knew anything about the situation you’d know it doesn’t have to do with the swimmer to coach relationship.