Boyle Nominated for New Zealand’s Sportswoman of the Year Award 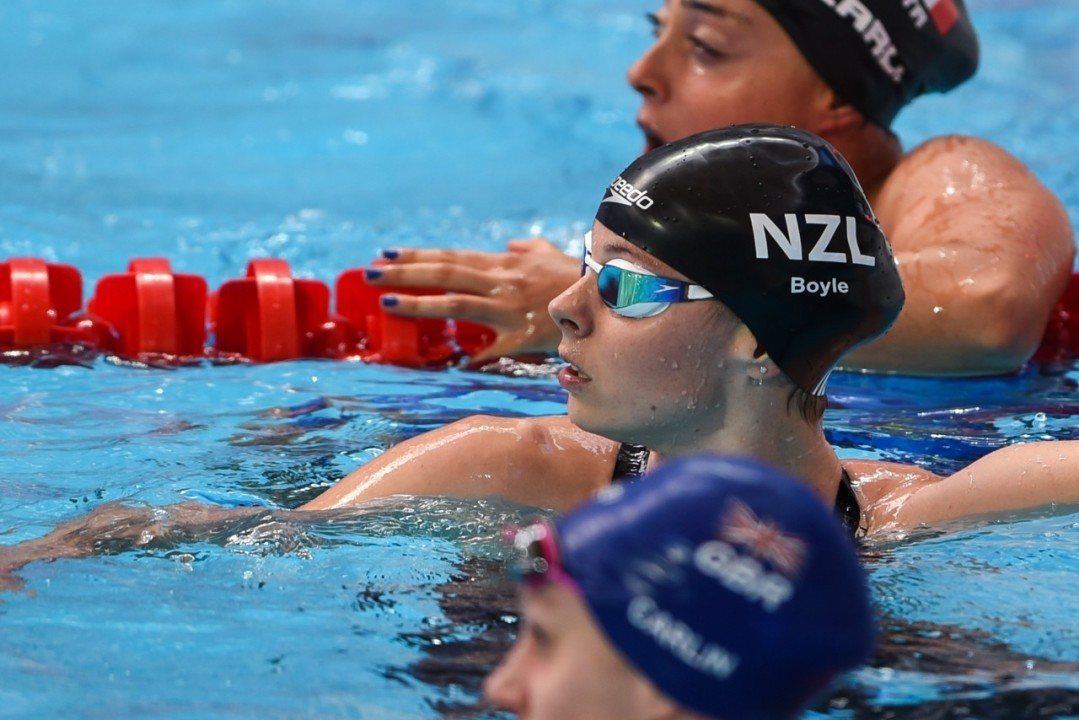 Lauren Boyle has been nominated for the hotly contested High Performance Sportswoman of the Year. She is joined by nine other athletes in the category including marathon swimmer Kimberley Chambers and 2014 winner Lydia Ko. Archive photo via Peter Sukenik/www.petersukenik.com

Organised by the Halberg Disability Sport Foundation the 53rd Halberg Awards is the nation’s pre-eminent event to honour and celebrate sporting achievements by New Zealand teams and athletes in 2015.

Lauren Boyle has been nominated for the hotly contested High Performance Sportswoman of the Year. She is joined by nine other athletes in the category including marathon swimmer Kimberley Chambers and 2014 winner Lydia Ko.

Boyle continued to etch her name in New Zealand swimming history in 2015 winning two silver medals at the FINA World Championships in the 800m and 1500m freestyle. Her efforts helping her to surpass Danyon Loader’s world championship medal tally.

In 2015 Chambers, who is based in San Francisco, set a new world record in becoming the first woman to swim 30 miles from the Farallon Islands, a stretch of water known to have the world’s largest concentration of great white sharks.

Nikita Howarth and Sophie Pascoe are two of the seven athletes from five Para-Sports nominated for the Disabled Sportsperson of the Year category.

Howarth and Pascoe were both part of the hugely successful Para-Swimming team that competed at the IPC World Championships that brought home 16 medals and secured five Rio 2016 slots for New Zealand.

Nine athletes, including Junior World Championship medallist Bobbi Gichard and Para-Swimmer Jesse Reynolds, are up for the SKY NEXT Emerging Talent Award which is designed to assist in a young athletes’ quest to become an Olympic and/or World Champion.

Nominations will now go to the Halberg Awards judges to decide the finalists which will be announced in early January 2016.

Ten awards are presented at the 53rd Halberg Awards which will be held on Thursday 18 February 2016 at Vector Arena in Auckland and televised live on SKY SPORT.