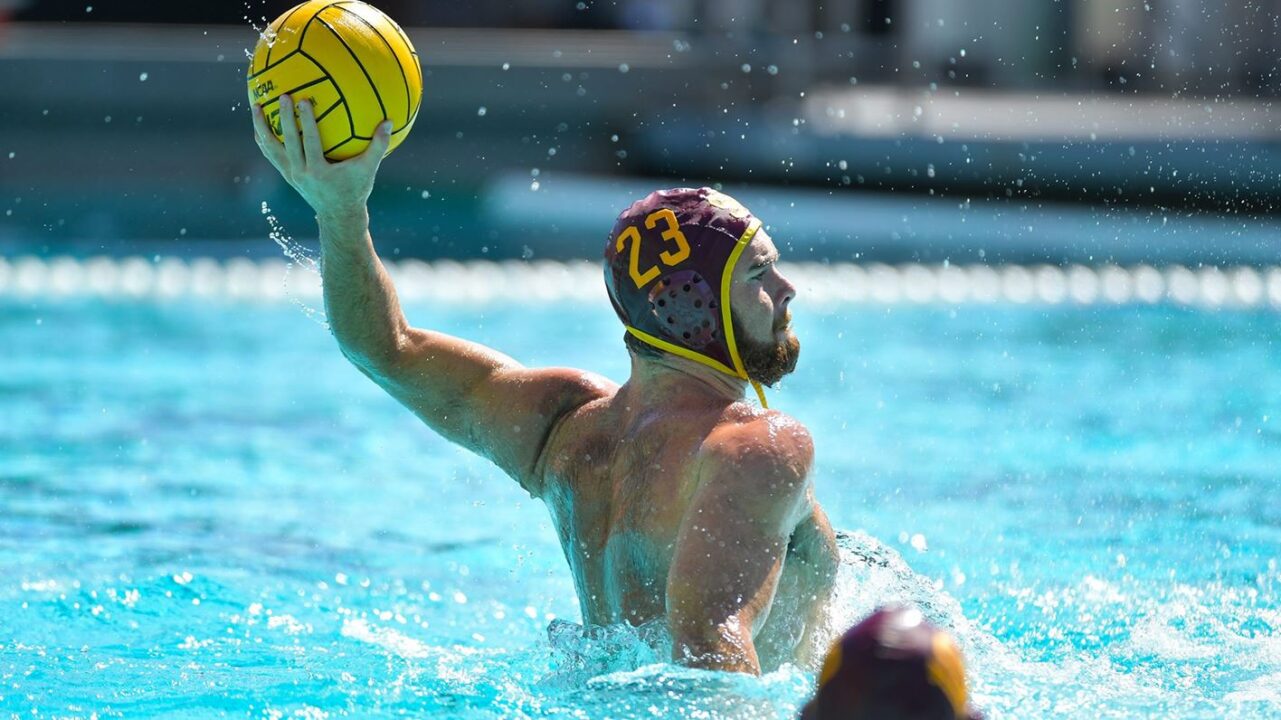 IRVINE, CALIF. — The No. 1 USC men’s water polo team bounced back from its first loss of the season with a strong road win, beating host No. 12 UC Irvine 17-8 today in Irvine. Jacob Mercep delivered five of those Trojan goals, while Ashworth Molthen added three. USC outscored the Anteaters 6-1 in the final period to lock up the victory, which improves the Trojans to 12-1 overall.

It was a defensive battle early between the Trojans and Anteaters until USC finally broke through with back-to-back goals. That wasn’t until after the midway mark of the firsthand UC Irvine still kept USC within reach, as it sat at as a 3-2 USC advantage after eight minutes of action. The Trojans would create some space in the second, allowing just one Anteater goal while USC spread the scoring wealth among Molthen, Mercep, Chris Sturtevant and Marcus Longton to build out a 7-3 by halftime.

The third saw a see-saw battle ensure, with the teams trading two-goal surges and then winding up with four goals apiece as the margin was still four entering the fourth. That would be where the Trojans made their power move. USC scored the first three goals of that frame on strikes from Hannes Daube, Mercep and Jake Carter to craft a 14-7 advantage midway through the fourth. A single Anteater goal broke up the rally, but USC poured on three more before the buzzer as Chris Agliozzo and Carson Kranz joined the scoresheet and Carter notched a buzzer-beater to wrap the 17-8 win.