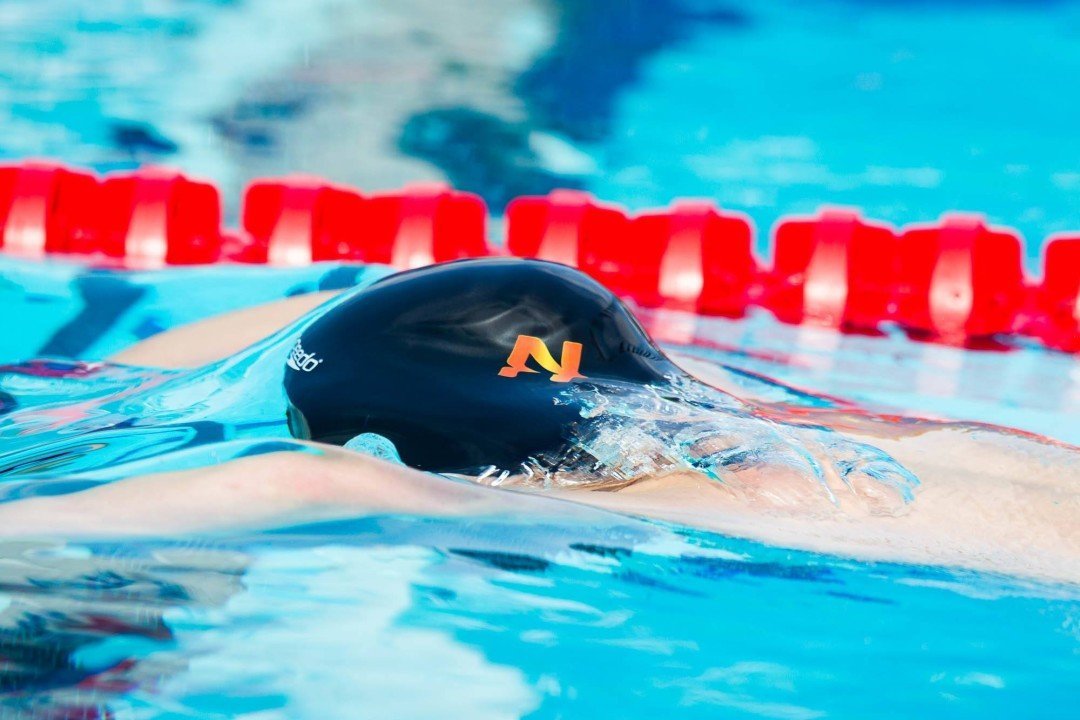 Nitro Swimming is in the process of adding a third Olympic-sized swimming pool and complex to its program, with extra deck space to host larger meets. Stock photo via Tim Binning/TheSwimPictures.com

Coach Mike Koleber confirmed the news to SwimSwam, though he said Nitro hasn’t decided on a specific location yet.

“We have our project team set and are into the design phase,” Koleber said. “A lot can happen between now and then, so you never want to be too sure or overconfident.”

The vision for the pool, Koleber says, is to build an indoor 50-meter pool that can also be set up with 24 short course yards lanes. The complex would also include an 8-lane, 25-yard pool for swim lessons, more deck space and a dedicated dryland area, plus more office and meeting space for club staff. The pool would be able to host larger meets, somewhere in the 400-500 swimmer range per session.

Nitro has only been around for a little more than 13 years – Koleber and his wife Tracy formed the club in the summer of 2006. They moved into their Cedar Park pool in 2007, and added a second location in Bee Cave in 2011, per the team’s website. Cedar Park is just north of Austin and Bee Cave just west. Nitro is looking to position the new pool to the south of the state capital city.

Good luck! Incredibly grateful for any additional pools to improve the sport

Pool going up in Westlake

One would think that’s already close enough to the Bee Cave one. But if your team needs 4 pools…

Pool going up in Westlake is the Westlake High School pool

Great for Nitro, for swimming, and for kids! Congratulations.

This is a great time to be a swimmer in Texas. I really applaud all entities, public, private, academic, university, that have come through to build facility after facility. The commitment to swimming is amazing.

Think about it: from the top down, there are so many facilities in Texas. Starting with Jamail TSC, one of the best and most historic pools in the world; the other great university sites like A&M, Houston, Rice, and SMU; Palo Alto; the Nitro sites, and the many, MANY high school and publicly-funded pools like Northside ISD, Cy-Fair, Lewisville ISD, etc x 100. And new ones every year.

A&M is an awesome pool, and the diving well is black tiled! It’s the little things

I do like the A&M pool. I went to graduate school at A&M, and swam quite a bit there with the Masters team. It had been completed only a year before I got there. I also taught in the PE department, and taught many swim classes in there. I haven’t been back since, but I know they’ve expanded the entire SREC, Evan adding a new indoor pool. That said, UT is in a league of its own, as far as I’m concerned. Sure, it’s old, but it has held up so well. Along with IUPUI, I’d say it’s one of the top two championship facilities in the USA. I list it even above Indy as my favorite. I also like… Read more »