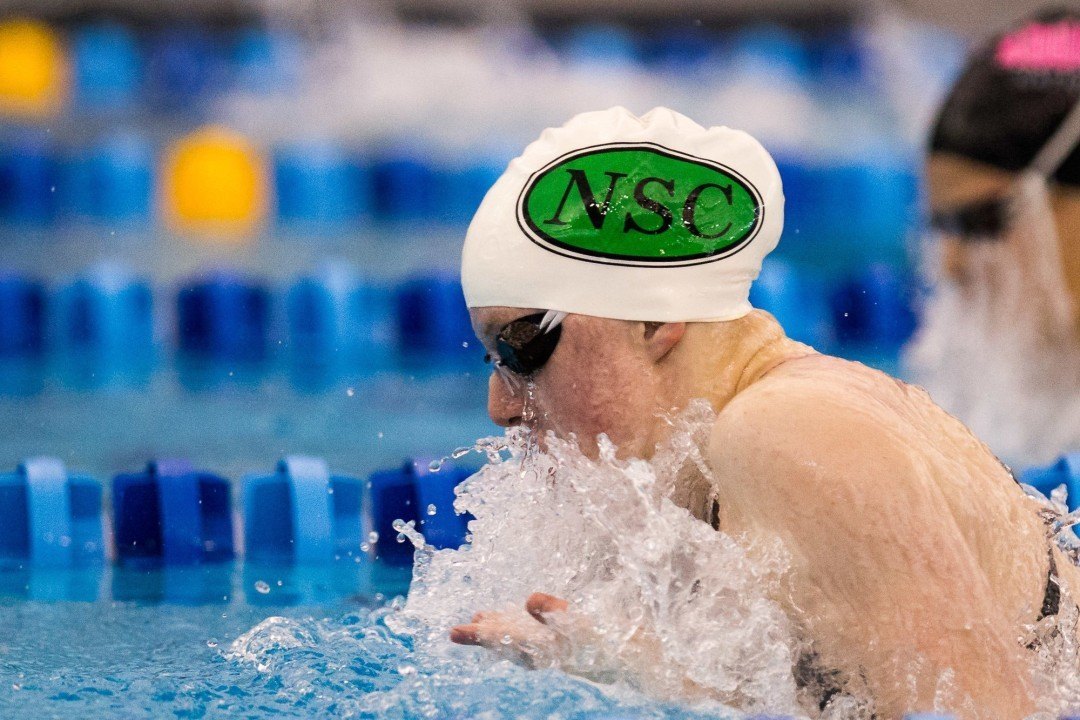 The Newburgh Sea Creatures of Indiana have broken the 15-18 National Age Group Record in the 200 meter medley relay swimming at the Indiana Senior Championships on Thursday.

The group of Whitney Brown (15), Lilly King (18), Christie Jensen (18), and Olivia Treski (18) combined to swim a 1:54.34 and break the old National Record belonging to the Aquajets of suburban Minneapolis.

While there’s some challenge as to what that old record actually was, in any case, NSC broke the time. The official record recognized by USA Swimming on its website is the Aquajets’ 1:54.46 done in 2009. Another Aquajets relay in 2013 swam 1:54.41 with just 15 and 16 year olds, and while it was recognized as the 15-16 record, it wasn’t given the honor of the 15-18 record (which is likely an administrative oversight).

The old 15-16 Aquajets record (which is still the record of that sub-group) was held by Zoe Avestruz, Olivia Anderson, Bre Thorne, and Kaia Grobe.

In any case, the veteran Newburgh relay went out with a bang in their last local meet as Sea Creatures before King and Jensen head off to Indiana University and Treski goes to Kentucky.

She and Jensen were very good in the middle 100 meters of this race, and at some point will likely take over the same two legs for Ray Looze’s Hoosiers – King will have an easier path to the ‘A’ relays than Jensen. That should be a very good relay for a long time.