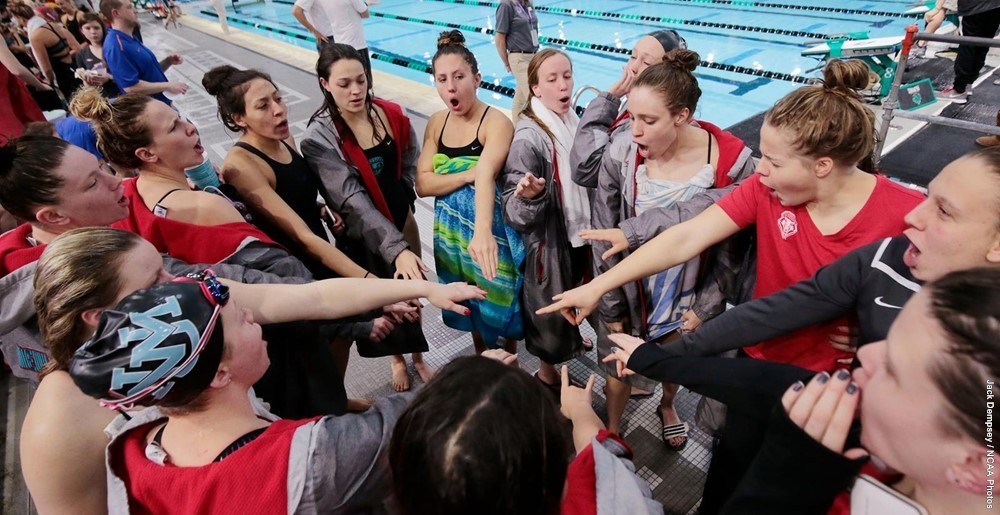 The administration at the University of New Mexico unveiled a plan on Wednesday to make a $1.15 million dent in...

The administration at the University of New Mexico unveiled a plan on Wednesday to make a $1.15 million dent in their $1.9 million deficit-reduction plan. Included in that plan is the cutting of 4 programs altogether. Swimming had been in that conversation at points in the process, but ultimately was spared the fate, as the school instead decided to cut beach volleyball, men’s soccer, men’s skiing, and women’s skiing.

That doesn’t mean that the swimming & diving program has been wholly spared, however. In a press conference on Wednesday, athletics director Eddie Nunez said that women’s swimming & diving, along with men’s cross country and track, would face significant roster changes. For the aquatics program, that means the elimination of the diving program, and an increase in roster spots for women’s swimming.

Part of the motivation for that is that the on-campus Johnson Center, which has a 6-lane, 25-yard pool and a 50-meter pool, lacks diving platforms.

The decisions are pending a ratification vote by the Board of Regents, which is happening as this article is being published (and can be watched live here, through the Albuquerque Journal).

New Mexico’s women’s swimming & diving team ultimately finished 6th out of 10 teams at last year’s Mountain West Conference championship meet behind winners Boise State. The school’s divers scored 105.5 of the team’s 673.5 points; New Mexico was 102.5 points ahead of 10th-place San Jose State at the conference championship meet. Ironically, in spite of not having diving platforms on campus, New Mexico’s divers scored more points on the platform (42) than in either the 1-meter (32) or 3-meter (31.5) events.

Of a 10-member incoming recruiting class for next season, 2 are divers: Jocelyn Gallais from Lumsden, Saskatchewan, Canada and Daphne Scheck from the Conroe Diving Club in the northern suburbs of Houston.

The 4 programs being cut are the 4 that do not compete in the Mountain West Conference.

As a diver myself, I am so glad this has happened. One team had to go. My sport (which is arguably the hardest ever) deserves a spotlight of its own and not in the background of another!

I agree with the your attitude that diving should not exist in the background of another sport; but slow down with “hardest ever”. I know you said “arguably”, but the only person who would ever argue that would be a diver. I’m a swimmer and have no delusions that my sport is the hardest ever.

You’re happy that fellow divers will have one less opportunity to compete collegiately?

Wachusay??? Do you mean a 3.5 reverse off of 3 meter is harder than eating 74 hotdogs in 6 minutes? Me thinks not. Hotdog eating is a real sport…divers aint nothing.

They cut their diving program. There is now one less program for divers. This does not benefit anyone from the diving community.

What a mess. I feel bad for Julie. If you run the numbers, The Lobos averaged 30.38 points per individual swimming event and 34.16 per diving event. They earned 20.6% of individual points in 18.75% of the events, they carried their weight. Additional swimming bodies is not going to account for the loss of 100+ points. The pool setup is a poor excuse for needing to save money.
Like the case at Eastern Michigan, we are coming at the point where it does not matter how much your athletes succeed in the pool, classroom, or community. NONE of us are safe anymore. These are very frustrating and scary times to be a collegiate swimming and diving coach.

Love the breakdown of points. This decision most likely results in a tenth place finish at the conference meet for UNM and although the full elimination of the other programs helps reduce the $1.9 Million deficit, the grand total of savings from this is the diving coach’s salary ($40-50K..?) really..?

Honestly how dare you, you should delete your comment. As a swimmer currently at UNM, Dorsey has done nothing but given her absolute best to improve our team and each individual swimmer. Shame on you

my daughter swims for SDSU. I have enjoyed watching conference for 3 years. My honest opinion of UNM swimming is………..I have noticed on all levels of swimmers they compete at a very high level. I noticed they don’t back down to any team and flat out race the girl next to them. I’ve noticed the swimmers are in excellent shape, both in strength and conditioning. I think it is a shame the diving will be cut. This team is honestly about 4 years away from finishing in the top 4 of this conference and no diving will be crushing for the short and long term. I wish I had enough money to help. We love SDSU in every way but… Read more »

Thanks for the post swimswam. As a current UNM swimmer we are devastated by this news. For some reason our admin has this thought that we need a million dollar facility for our divers, but there is only one school in the mountain west conference with platforms (AFA). The winner of the platform diving was from Nevada and their closer platform is four hours away, just like us. Our dive coach’s salary only saves the school $40k, which isn’t a dent in the athletic budget crisis. It doesn’t change our number of scholarships and it won’t effect our sport’s budget.