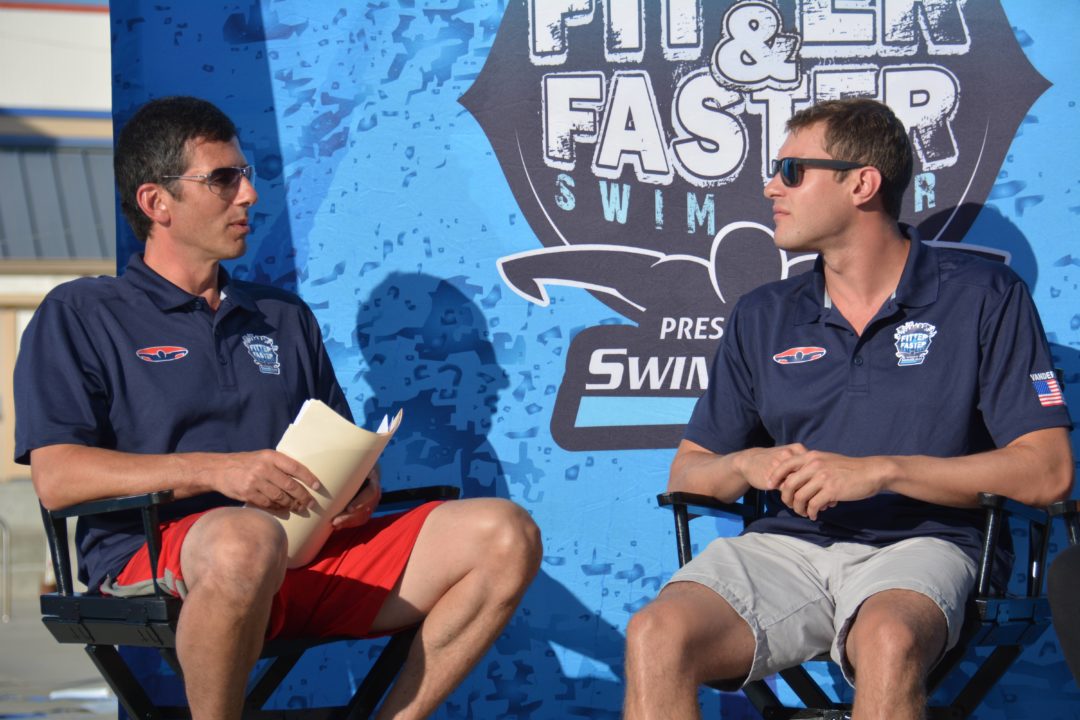 For more than forty years, the American Swimming Coaches Association has presented two major awards at its Annual Awards Banquet at the ASCA World Clinic. They are among the most prestigious awards in coaching.

The first award is the ASCA Coach of the Year. Presented since 1961, when famed Coach James “Doc” Counsilman was the first recipient, the award recognizes the coach who has contributed the most to the success of American Swimming in the International arena in that year. It is the most widely revered award in the world of swimming, given the prominence of American Swimming in the sport.

The second award given has been the ASCA AGE GROUP Coach of the Year. This award has recognized fifty coaches each year, one from each of the United States’ Local Swimming Committees. In 2014, this award is being upgraded through a partnership between ASCA and the FITTER AND FASTER SWIM TOUR. Ten Age Group Coaches will be recognized and determined at a national level with a new award called the Fitter & Faster Swim Tour Age Group Coach of the Year Award.

Ten coaches will be named as ‘finalists’ for the award, and they, along with the eventual winner, will be honored at the annual World Swim Clinic. The Fitter and Faster Swim Tour’s sponsorship will help fund the travel expenses for all 10 finalists to the World Clinic, and it will also provide a financial award to the eventual winner.

“We really believe in this award,” Fitter & Faster Tour’s founder and director, David Arluck, said. “Our clinics are all about connecting the success of our clinicians back to the habits, skills and passion they developed at the age group level, and sharing what they have learned with the next generation of athletes.

“That’s why we felt like this new ASCA Age Group Coach of the Year award was a good fit for our organization. It recognizes the accomplishments of the age group coaches who thrive on the opportunity to cultivate the talent of swimmers of all ability levels, keep swimmers in the sport, and lay the foundation for athletes to achieve success at the collegiate, national and international level.”

ASCA CEO John Leonard says that this award has been designed to highlight the importance of great age group coaching to future success in the sport in the United States. This program will supersede the old concept of having an Age Group Coach of the Year in each LSC.

“We’re excited about this new partnership, and it’s a natural fit,” Arluck concluded. “We believe that the award recognizes the grass-roots level of American swimming; an essential piece of the puzzle for why the Americans have been the world’s dominant swim team for over a century. By presenting this award at the ASCA World Clinic, we are uniting Olympic, World Championship, and national-level success of the Coach of the Year Award with the significant achievement of the Age Group Coach of the Year award. This is a natural step from what we do every day in our Fitter & Faster Tour clinics, where we unite those international-level athletes with those who comprise the foundation of the sport: the age group swimmers.”

Ten Finalists will be selected by an ASCA Age Group Coach of the Year Committee. That committee will include David Arluck as an advisor, and he will have a vote as well.

Finalists and winners will be based on performances of athletes aged 11-14, and will be a data-driven process. Examples of data that might be used include:

About The American Swimming Coaches Association

The American Swimming Coaches Association provides leadership to American and World swimming at all levels.

ASCA develops and supports professional coaches and quality career opportunities in collaboration with its partners in the world aquatics community. We are an independent professional association based on a central theme of: “Leadership, Education, Certification.”  ASCA is dedicated to creating and enhancing solutions that are effective in strengthening and improving the coaching profession, American swimming and World Swimming.

About The Fitter and Faster Swim Tour

The Fitter & Faster Swim Tour Presented by SwimOutlet.com is the only turn-key swim clinic operation in the United States featuring elite-level swimmers.  The company has also produced the Best Selling Swim Like a Champion DVD series.  The company enables teams and communities to host a professionally managed swim clinic featuring many of the best swimmers in the world.  The company’s mission is to teach and inspire swimmers of all ages and skill levels. During 2013 The Fitter and Faster Swim Tour conducted one-hundred-fifteen clinics in thirty-six states featuring twenty-nine elite athletes.

This release was provided to SwimSwam by the Fitter & Faster Swim Tour presented by SwimOutlet.com.