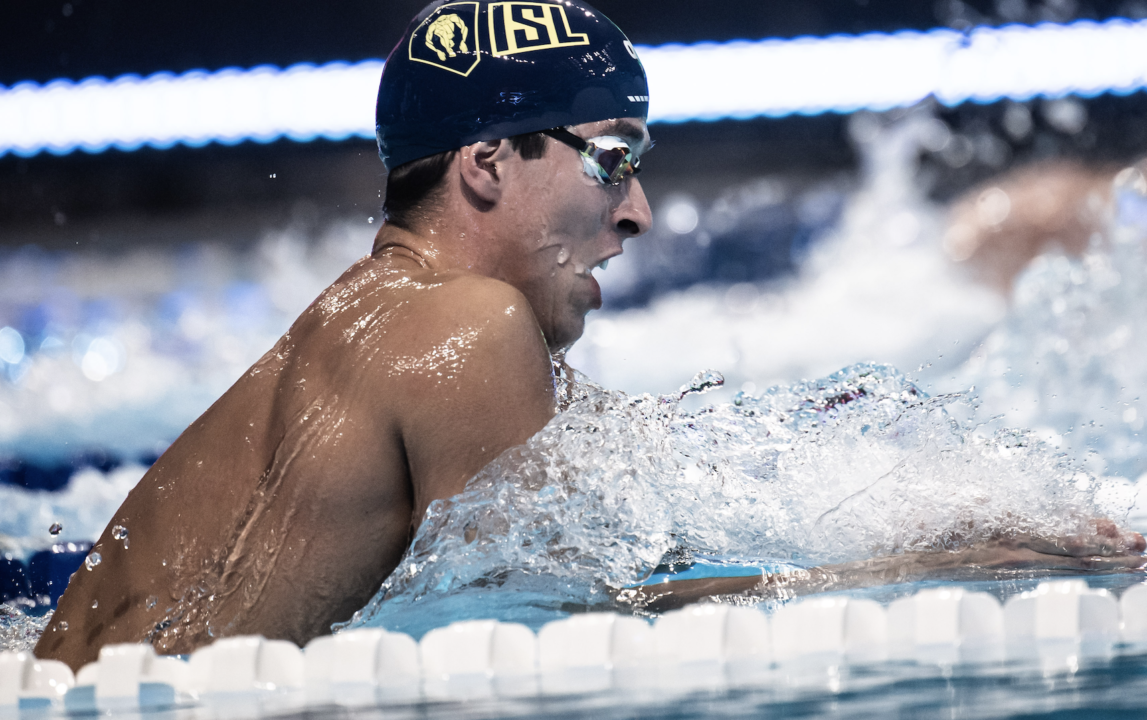 Vilanterol, the substance that resulted in doping proceedings for Will Licon (above) and Amanda Kendall, is now allowed at therapeutic doses. Archive photo via Mike Lewis/Ola Vista Photography

On Friday, the 2021 version of the World Anti-Doping Code takes effect, including the updated WADA list of banned substances and methods.

Along with other changes previously discussed, Vilanterol, a beta-2 agonist in inhalers used to treat asthma, has been approved for use “up to the manufacturer’s maximum recommended dose.”

That substance has triggered several doping cases in the last few years, including notably American swimmers Will Licon and Amanda Kendall in 2019 and 2018, respectively. Both athletes declared the use of Breo Ellipta inhalers on their anti-doping forms, which contains Vilanterol, and didn’t have TUEs, which triggered USADA proceedings. Licon was given a warning, while Kendall was given a 3 month suspension.

Vilanterol is one of 4 inhaled Beta-2 agonists (generally asthma medications) that are now listed as exceptions to the prohibited lists:

The other 3 substances listed previously had those exceptions in place, with vilanterol being the only new addition. These substances don’t require Therapeutic Use Exemptions, if they are used within the manufacturer’s guidelines.

In 2019, across all sports, these substances were in aggregate responsible for 20 out of 153 adverse analytical findings of Beta-2 Agonists (11 for salbutamol, 9 for vilanterol).

The new changes will not retroactively impact athletes who were sanctioned under the prior rules.

WADA has also reformated the prohibited list in an effort to make it easier to read and more accessible as part of an information campaign to spread the word about the changes to the code. Infamously, Maria Sharapova claimed in 2016 to have been unaware that the substance meldonium was newly-banned by WADA after testing positive.

glucocorticoids are one of the drugs being used to combat the immune system overreaction that causes problems arising from Covid19 – suspect we will see a rash of “positives” from recovered Covid19 victims.

Systemic corticosteroids are not recommended for non-critical cases of covid-19. They actually increase mortality risk. Hopefully they are being used judiciously.